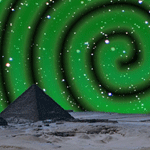 Consumptive Modeling is the taking, stealing, superimposing or using of another's energetic resources or life force for one's personal use, personal gain or to build upon in the Law of Structure which is enforced by the False King of Tyranny or False Gods. Usually this process of taking or stealing the energetic or other resources is hidden in deception, lies and manipulation through Mind Control. This is the core programming of the NAA to enslave planet earth and humanity.

Also, Consumptive Modeling is the consequence of the Negative Ego and the influence the NAA has had upon downloading their Predator Mind to the human race since the Sumerian-Egypt Invasion occurred over 5,500 years ago. This genetic damage to the planet manifested finite energy supply and is defined by the Vesica Pisces geometry and its Bi-Wave Influences.

The consumptive modeling architecture was created by the “False Gods” who developed food chains and the enforced vampirism of others through genetic manipulation and Mind Control. The controllers still attempt to maintain their stronghold to enslave humanity in the propagation of media outlets to incite consumptive modeling fears based on the Armageddon Software - Terrorism, Cataclysm and Pestilence. Genetic modification of foods, chemtrails in the air, oil and gas dependency, pharmaceutical drugs, lack of pure drinking water, debt enslavement, fear over our financial future, poverty, terrorism and war are all examples. These are all the controller games of consumptive modeling of which they have had a platform of control to exploit humanity over the last dark cycle to regain control over earth, Prison Planet.

Abuse of Cause and Effect

From the misuse, abuse or ignorance of the Law of Cause and Effect, the accumulate consequence of the abuse of energy, resources, power sources on the planet, are inherited by the human race upon incarnation on the planet.

Because the NAA ideology is creating a hierarchical class culture of the Controller Ruling classes, and the slave classes, this means the consequence of the Law of Cause and Effect is superimposed primarily on the slave class of humans to enforce debt enslavement and poverty consciousness. This phenomena of passing the buck in order to not be responsible for one's own personal direction of energy, is calledConsumptive Modeling. The entity or being takes what it wants, needs or requires from others, from the planet, without any regard to the consequences. From the accumulative Consumptive Modelingcomes extreme levels of waste product, such as Miasma, Planetary and Dead Light. This waste product of dead energy is given to the Slave Class to transmute or carry in their Lightbody as a consequence from the abuse of the Law of Cause and Effect.

This phenomena is called Superimposition of Karma, it is the superimposing ones personal actions of responsibility for the consequence of the waste product manifested from abuse of the Law of Cause and Effect, by funneling it towards those they deem undesirable or may hold hatred towards that genetic race.This hatred exists towards the Christos intelligence from the NAA groups (anti-christ) and the Imposter Spirits who have superimposed their karmic debris upon those beings that have the 12 Strand DNA history or imprints. This has been called the Redemptive Vehicle of the Christ. Because the Krystal Star was aware that since the Luciferian Rebellion and the Sumerian-Egypt Invasion could potentially annihilate the planet and the human species, they sent many representatives as Redemptive Vehicle to help the planet clear out Miasma until the end of the Ascension Cycle.

Now at the end of the Ascension cycle, the return to energetic balance through the Krystal Star hosting means the return to balance in the Universal Laws, which is available becasue of the Neutron Windowopening in the Galactic center. We enter a new age of rehabilitation, repair of the damaged code and architecture, and repair of the Timelines to reassemble the Silicate Matrix and retain its DNA for the future of all humankind.

Parasitism is a non-mutual symbiotic relationship between species, where one species, the parasite, benefits at the expense of the other, the host. Parasite can be visible organisms or macroparasites (typically protozoa and helminths). Unlike predators, Parasites do not kill their host, are generally much smaller than their host, and will often live in or on their host for an extended period. They survive throughConsumptive Modeling.Energetic Parasites are a result of energy blockages in areas of the etheric double or ka battery body. Eventually if energetic blockages are not cleared, the result is energetic parasites which manifest into physical representation of infection and infestation. All outward disease patterns in the physical body are at the core causation level a malfunction of energy flow in its blueprint or an injurious blockage to the areas of impact. This can happen physically, energetically, emotionally, mentally or spiritually.

One is not capable to be GSF until learning to be weaned off of the Mind Control programs that have generated the Negative Ego and Pain Body belief systems.

That responsibility starts with each of us accepting the responsibility for the direction of our personal energies, attention and what we place as our priorities that becomes our value system.

In order to be responsible for every thought we have, we have to determine where the thought form is sourcing from, and if we want to accept that thought, behavior or action in relationship to its consequence, which is the Law of Cause and Effect. There is a Consequence to every thought, behavior or action that is generated that will bear influence and impact to the individual thought, as well as the collective field of accumulated thoughts on the planet (and beyond). The ES Core Triad, Krystal Aegis section, Mental Body Tools are supportive to make this shift in the way we think. 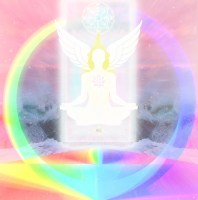