The Negative Aliens Archons group or the NAA do not want to heal thereby integrate into human society as an equal. They want to rule humans and earth as an absolute authority with an iron fist in the Controller archetype of the False King of Tyranny. This is also called Patriarchal Domination. The Power Elite are the group of humans that have been handed the control over the majority of the resources of the planet in order to carry out the Archontic Deception Strategy that the NAA has put into place to ensure the war Enslavement mind control programming continues to divide and conquer the human population on the earth. This is a self enforcing system of mind control promoted through all world organizations to shape ideologies and values based on the Archontic Deception Behaviors of the Predator Mind of the Negative Aliens. Those humans that feed the False King of Tyranny are rewarded monetarily or with status, power or fame over the rest of the underlings on the earth. The Orion Group created hierarchical Controller systems that operate behind every World Power or Pillar of Society. They use technological Mind Control, Suppressor Parasites SPE and have downloaded their Predator Mind to the people of the earth through invasion of the Planetary Logos in order to enslave and dominate the direction of human being affairs on the earth.

Patriarchal Domination is enforced in a variety of ways through abuses of alpha male power to control women and those ranked lower on the social or religious classification system through fear and intimidation. This is a learned skill that is promoted in a variety of ways or is mimicked from boys watching their Father's or male authority figures to enforce the Archontic Deception Strategy and promote Misogyny to continue the cycle of abuse of women or girls. This is a primary strategy of programming humans in to Mind Controlled Archontic Deception Behavior that originates from the Orion Group Reptoids. Strategies of exerting power and control through Misogyny exist at every level of society, starting as domestic violence and forms of abuse which shape core values and the way humans are programmed to think. To better grasp how the Archons of the False King of Tyranny operate to abuse power systems on the earth, please see the domestic abuse chart.

There are five pillars of the main structures that use anti-human control which influence all planetary affairs. These pillars of society are manipulated to shape all World Organizations through the agenda of control enforced by the Power Elite classes.

In choosing one of the main Pillars of Society – Religious - Academic - Financial - we can see how even though these three areas of belief systems feel completely separate and opposed from each other, in reality they are not. They are used interchangeably to appear in diametric opposition to the onlooker, but that is not how they actually work. They all have the same underlying goal to reinforce each other to manipulate power to be given to the top of the chain. Divide and Conquer mentality to continually create victims and victimizers is how all of these pillars of society work. So let us choose the Academic world for an example. Current mainstream atheistic science forms the current parameter of the collective accepted belief systems in the academic world which further direct the consortium of world organizations which impact human and planetary affairs. Science promotes atheistic consensus and barbaric medical practices, while Religion promotes spiritual terrorism and war through Hell fire and brimstone of the Alien Gods. Both make massive amounts of money for the financial, medical and military sectors with the primary goal to invest in controlling human beings. Effectively, they are all functioning components of the same thing.

The NRG system keeps electron reversal distortions feeding the patriarchal domination archetypes of tyranny as assumed by males and females as within their “accepted” roles of identity which are shaped into societal norms through Mind Control. This results in a bevy of highly destructive mental belief systems and emotional body schisms that self enforce enslavement behaviors in the population. These schisms are highly dysfunctional to the point they create genetic damage in the 2nd and 4th chakra layer functioning of the Lightbody. These archetypes were once “creational myths” to play out in the polarity game of Victim-Victimizer but became a massive source of resources (food) for the Controllers. As these archetypes were then used to negatively Mind Control people into separation and slavery, the population digressed (then societal behavior patterns digressed) into aggressive anti-human, robotic and disconnected behavior that self enforces the population enslavement to serve the NAA.

The Crucifixion Strategy is an example of an artificially bent light architecture to create the mental archetype and therefore belief system of Salvation as a requirement through “Redemption" in a NAA fabricated violent religion based on Blood Sacrifice. This action created intermediaries (False Gods) that are interfering with a human being’s direct relationship to God Source and enforcing divide and conquer strategy between all of humanity on the planet. This is called the Archontic Deception Strategy to shape the predator mind in humanity through promoting Archontic Deception Behaviors. The correction of this imbalance is being restored to the planet and therefore humanity at this time in the Ascension Cycle through the end of Consumptive Modeling and the reclamation of the Diamond Sun Body through Krystal Star. [August 2011].

Tyranny is about the abuse of power over others through a variety of methods; deception, lying, manipulation,Mind Control, bullying and intimidation. Whether it's a pushy person, a control freak, a bully, or an outright tyrant, the problem is the same: their goals are always more important than yours. A difficult, pushy person has gone too far again. They are bossing you around, acting selfish and self-important, threatening you, making demands, barking orders, and abusing their power. Control freaks, imperative people, and tyrants exercise power in a harsh, cruel, or destructive manner. They are oppressive, harsh, arbitrary people who make life difficult for too many of us. Control-oriented people as described here expect to control the people and events around them. Exposing or challenging their tactics could provoke their anger and result in severe and possibly dangerous retaliation. Expect to be a target of their backlash. Protect yourself and others who could become targets before challenging a Controller or control-oriented person. See Leadership Vs. Tyranny

This dark cycle of human evolution through the Patriarchal Domination has been influenced and manipulated in many different ways, however, since this holographic Mind Control system is breaking down in places, it is freeing many of the males from being in its “grasp”. Largely what this NRG (nephilim reversal grid- 3D mind control system) system was designed to do was to control the patriarch or male to be the “enforcer” of the female principle suppression and act as a tyrant of the peoples. This also condoned the False King of Tyranny archetype, a tyrant, power hungry Controller, to be glorified as an aspiring alpha male model for the young boys. Especially in the Western World, we groomed our boys to be mostly tyrants in our society.

(Note: In modern usage, the word "tyrant" carries connotations of a harsh and cruel ruler who places his or her own interests or the interests of a small elite group or family, over the best interests of the general population, one which the tyrant governs or controls.)...

During this phase many more males will awaken into their true understanding of “power” and accept their rightful kingship ( archetypally, the public servant and benevolent ruler) in order to receive the spiritual “Rod” of initiation. This is the beginning stage of Magnum Opus Alchemy on the Earth which is necessary to allow for the next phases of our Ascension Cycle that manifests the Trinitized Form Embodiments. This includes Spiritual Marriages in No Time.

The awakening Holy Father Arc is illuminating his return as the Spiritual Sun behind the Sun returning benevolence merged with true power. This timeline marks the early initiation that ends the rule of the False King of Tyranny archetype and its continual abuse of power through technological mind control upon the earth. However, the end of the rule of the Tyrant must be internally and spiritually chosen by the individual. For many on the earth the tyrant archetype has become a bad addiction of Victim-Victimizer polarity that may be hard to break free of. The ending of tyrannical control requires the spiritual responsibility to end all victim related patterns. Humanity must wake up from its bad dream and find the courage to imagine new consciousness possibilities, as we free ourselves from the past grips of tyranny. 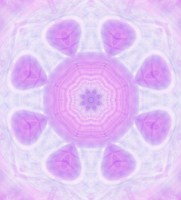