If you are being intimidated, never forget why it is happening. It means you are doing good work, and that your opponents are desperate. It is a sign that you are taking actions which challenge the existing power relationships in your community, and that those with power want you to back off. These tips are helpful either at 3D work, community and social structures, as well as impacting spiritual and lightworker communities.

Intimidation tactics can be overt: threats to retaliate legally, economically, energetically or (in very rare cases) physically, against your leaders, members, or your whole group. Intimidation can take the form of pyschic attack, dark force agression to legal action, but your opponents are far more likely to threaten legal action than to actually take you to court. Most of the campaigns of intimidation and fear are more subtle, such as name-calling, covertly organizing a “counter-group” to polarize your community, trying to weaken your group by making you respond to rumors and lies about your group and “divide and conquer” tactics to split you from your friends and allies. Here are some basic principles for dealing with all kinds of intimidation and harassment.

Here are Five Tactics of Intimidation:

1. PEEL OFF INDIVIDUALS
Threatening individual members or would be members of your group with the loss of their job or loss of respect in the community. This is to create fear of gaining a job, money and ability to economically survive in the community. The purpose of this "persecution" tactic is to weaken your group’s ability or desire to act.

2. REFUSE TO DEAL WITH LEADERS
Treating leaders of your group as nuts, or trivializing them as a bunch of “ufo crazies” or “extremists.” This is designed to reveal weakness in your leaders and to isolate them from the other members of your group.

3. ISOLATE THE GROUP
Getting public officials, community leaders, or opinion makers (newspaper editors, for example) to criticize the group’s actions, make false accusations or paint its leaders as crazy radicals. This tactic is designed to keep you too busy defending yourselves or fighting amongst yourselves to do anything productive.

4. DIVIDE AND CONQUER
Making a deal with one of your allies, ( false friends) giving them something such as prestige, money or status, something that they want that is less than your group will accept. The purpose of this tactic is to leave your group standing alone and looking radical or extreme.

5. LET’S YOU AND HIM FIGHT
Getting your group to fight with one of your allies (using the divide and conquer strategy), or sponsor a new group in the community to fight with you (another isolate the group strategy). The idea here is to weaken your energy and credibility in the community. This happens all the time in the lightworker community.

1. DEAL WITH THE PROBLEM IMMEDIATELY
Rumors and fear spawned by an opponents’s intimidation tactic can spread rapidly through your group (and your community), peeling off members and supporters and poisoning the spirits of those who stay in the group. It’s like treating a snake bite: the faster you stabilize the patient and purge the poison, the less trauma and damage you’ll have to deal with.

2. TAKE PEOPLE’S FEAR OF INTIMIDATION SERIOUSLY
Never belittle or minimize anyone’s fears or the potential threat, even if there are no overt or proven instances of intimidation. Your opponents are trying to spread fear because it is one of the main reasons people don’t join citizens’ groups or take action to help you overcome resistance. You need to identify the reasons for people’s fear and help them deal with it. Ask, “what is the worst thing that can happen?” Then figure out how you could respond to this worst-case scenario. Our fears usually subside when we discuss them out loud; naming them is the first step to overcoming them.

3. DISCUSS EXACTLY WHAT IS GOING ON AND WHY OPENLY IN YOUR GROUP
Intimidation tactics depend on the spread of rumors and on a group’s failure to bring the problem to the surface. Name-calling, nasty rumors and other kinds of intimidation often make our upstanding, law-abiding members feel guilty, "We must have done something wrong to provoke this trouble", if they don’t know why it is happening. Members may begin to think, “maybe this group is to radical,” or “I don’t know if it’s worth it, to have my neighbors think I’m a kook.” But if you talk about what’s going on and why - your opponent is desperately trying to shut you up because you are taking effective actions - your group can feel a sense of accomplishment instead of guilt and fear, in the face of intimidation tactics.

4. TURN IT AROUND - FAST - BY EXPOSING THE TACTIC PUBLICLY
Responding to intimidation is like Jujitsu: you want to use your opponents’ momentum and power against them from continually intimidating your group. Exposing the agenda and tactic behind the intimidation quickly dissipates it from spreading further.

5. USE THE OPPORTUNITY TO STRENGTHEN YOUR GROUP
The best defense against intimidation tactics is for the group to stick together and to stand behind all of its members. The best result of an opponent’s attempt to intimidate you is to emerge stronger, more resolute, crisis tested. A strong, democratically-run, active organization is the least vulnerable to intimidation tactics.

6. STICK TO YOUR POSITIONS, BE PROUD OF THEM, AND DON’T BACK DOWN
Don’t make excuses about what you stand for and why you are doing this work. That is exactly what your opponent is trying to scare you into doing. If you believe in what you stand for, an important part of your counter offensive is to reassert what you stand for, and why it’s worth defending and upholding its rights. This is a good time for your group to review its organizational mission and goals, so you don’t forget the vision and values that unite you.

7. RESPOND BOLDLY, WITH ACTION
Serious attempts at intimidation require more than a letter-to-the-editor in response (it’s a good idea, but just not enough in itself). Some physical action may be called for - maybe a rally, to unify your group in support of the First Amendment. The effects of intimidation tactics can be paralyzing, your response needs to get people back on their feet.

8. KNOW YOUR FRIENDS AND ASK THEM FOR HELP
When trouble comes, it’s important to rally your friends around you (especially if your opponent is trying to divide you from them). An action with your allies and supporters shows your opponents that you are united, that the tactics of division have failed.

9. STICK TOGETHER, AND STICK WITH THE DEMOCRATIC PROCESS

An attack on any member of your group is an attack on the whole group. Your opponent wants to spread dissension in your ranks. This is no time to fight with each other. Involve everyone in analyzing the problem, planning your response, and defending you right to continue your work and /mission. You don’t want heroes who take all the heat, or dictators who make all the decisions.

In 1993, hate activities in Billings, Montana reached a crescendo. Ku Klux Klan flyers were distributed, the Jewish family cemetery was desecrated, and a brick was thrown through the window of a five year-old boy who displayed a Menorah for Hanukkah. Rather than resigning itself to the growing climate of hate, the community took a stand. The police chief, churches and local labor unions all responded with marches, vigils, resolutions, and other actions.
The Billings Gazette printed full-page Menorahs that were cut out and displayed in nearly 10.000 homes and businesses. Since then, no serious acts of hate violence have been reported in Billings.

Provided by WORC - 2006 Western Organization of Resource Councils: WORC is a network of grassroots organizations from seven states that include 9,700 members and 44 local community groups. WORC helps its members succeed by providing training and by coordinating regional issue campaigns.

Thank you for this informative Article. 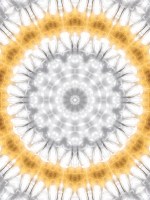