Belial Suns - Annunaki Human Hybrids including the Nephilim. Originally from Sirian, Pleiadian Constellation then became wanderers. Have 9-10-11 DNA strands. This created planetary DNA mutations, and wars over genetics. Control hub is in the UK. Agenda - enslave humans. Are Luciferian forces and a part of the Fallen Angelics hierarchies in the earth grid.

The Sons of Belial are a part of the consortium of beings that make up Negative Aliens – These are beings that have lost their connection to god source and are utilizing human and other beings as their food source to live thousands of years.Through the energetic enslavement of the Seraphim consciousness, the Fallen Angelic were bound to play out the program of the Luciferian Rebellion as the Sons of Belial. And so they played their part as dictated by the planetary grid structures.

The Negative Aliens agenda NAA is to force the planet to serve another multiple species agenda, through imposing false replicated time fields, namely created under genetically reptilian based reversed pair bond DNA extraterrestrials, at the expense and life force of the human race and the kingdoms under human domain. Many forms of Alien Machinery is used to accomplish this, such as holographically insertingmany different Alien Implants as a Mind Control strategy.

For these reasons the Negative Grey Aliens (Zeta-Dracos and their Black Sun Hybrids) and Annunaki Reptilians (Belial Sun Hybrids) have adopted the 5D Timelines in the future earth of Tara as their personal NAA agenda to harvest, interbreed and control humanity to serve their personal agendas, now in the 3D earth and in future....

Suns of Belial, the Nibiru-Annunaki reptilians of the NWO [New World Order] crews of the 911 Timelines Agendas, have headquartered themselves in the 11th Stargate of the United Kingdom and Stonehenge. These are the creators of the teeth chomping technology of the Nephilim Reversal Grid (NRG). Comprising primarily of Fallen Elohim genetic lines, this reversal network was a rebellion to the hybridization attempts of Lyran-Elohim races, who were responsible in commissioning Nephilim races for genetic DNA hybridization healing. The failure of that program, the banishment of Nephilim (The Giants) and killing of that race, resulted in Nephilim Wars, and subsequently, the NRG was placed in the UK to reverse all pair bonded hybridized genetics, especially any genetic material (like the Krystal DNA Matrix) that was designed to unifyor “marry” genetics in Hieros Gamos.

This inorganic Alien Machinery the NRG structure has created terrible destruction to Soul Matrix and the pair bonding of DNA that manifests spiritual marriage (Male + Female as genetic equals) from the energetic levels, as well, as the perpetration of relationship stigmas, dogma through patriarchal domination, and religious guilt. This structure and its Mind Control, removed sacred marriage and the “union of equals”, as a potential for the majority of the human race, both males and females. The pain of stealing that natural spiritual energetic function has devastated, stunted and wounded humanity at every level.Unity is repugnant to these Negative Aliens races who want to remain the “pure bloods” of their self-imposed elitist status, such as the Annunaki Reptilians and Illuminati, who believe in pure blood genetic DNArace lines. They propagate these beliefs through controlled Eugenic programs in the bloodlines. [... experimenting on life forms and crossing breeds to see what happens. This is called Eugenics.] This is aNegative Aliens thought-form, and orchestrate holocausts and blood sacrifices through wars, of undesired genetics. To achieve their ends, women must not be equals but breeders. The sick irony is that they further damage and warp the human genetic DNA material by programming hate and race discrimination into the gene pool. This level of genetic manipulation is responsible for more human crippling’s and genetic diseases, than anything else. These diseases and mutations are a direct mirror to collective humanities spiritual sickness.

The rest of the Planetary Gates they fight over the territory, as both of these Controller groups have territory conflicts in other areas of the planet, Timelines both present, past and future...

From Ancient scriptures these are a race of extraterrestrials from a planet called Nibiru, they are being depicted as gods or deities in ancient Mesopotamia and Egypt. From our energetic work we can see them as part of the Negative Alien forces that have manipulated the human race for the last thousands of years and are still working on their negative agendas for human enslavement through Mind Control. They have their main control center in UK and are controlling many Planetary Grid Networks on earth including the NRG. The Annunaki are a Root Race that formed from the Sirian constellation evolution cycles, as such, Sirian's have a genetic history and Karmic relationship to the Anu and many feel a responsibility to heal the Annunaki manipulation and False King of Tyranny control over the earth.

When the Sumerian-Egypt Invasion began, this event unplugged human DNA and scrambled the Fire Letters and the geometric codes in the planetary Morphogenetic Fields which blocked Higher Sensory Perception and thus, blocked multidimensional perception of other Timelines and extradimensional races. The Stargate Takeover in Egypt form the Luciferian Rebellion allowed the Annunaki and NAA groups to erase the collective human race memory in the Astral Plane and Soul Matrix layers, of which they created the False Ascension Matrix as an enslavement for repeated human reincarnation for recycling souls. For those with their genetic preference or under Mind Control to serve the NAA on earth, they gave the real Atlantian Cataclysm history and the ability to have Higher Sensory Perception. They gradually infiltrated the ruling monarch classes and bloodlines and collected life force through SRA methods to give to those to remain in Controller power with the NAA program to continue to enslave the asleep, amnesiac humans.

Negative Aliens – These are beings that have lost their connection to god source and are utilizing human and other beings as their food source to live thousands of years. They do not have emotions as humans have but are highly intelligent as they are working on mind principles. These beings have been manipulating human world through Mind Control for thousands and thousands of years for their own purposes. These are inter-dimensional and extra dimensional beings known as Fallen Angelics in ancient history and they use many manipulation methods to manipulate human race. See Dark Force Manipulation Methods

NRG is the Nephilim Reversal Grids.The headquarter hub in Stonehenge area acts as a final collection point by directing huge amounts of power through massive amounts of collected (stolen) life force from multiple subsidiaries all over the planetary globe and the planetary grid lines....Known subsidiary networks exist at every Planetary Gates or Stargate, Michael Mary Reversal in Calgary, The Cathar Grid lines (S. France), False Dragon/Snake Networks in Asia. All are collected and returned to UK for distribution off planet to the Orion Group and Annunaki contingents.

Created by the Fallen Angelics to counteract and destroy the Christiac Human Guardian Race for control and domination of this Time Vector in this Universal Time Matrix.

During the Eieyani Essenes Massacre the female high council members and females that had higher DNA codes were taken to Nibiru by Thoth and Annunaki for forced breeding. This was the time Thoth broke the emerald covenant agreement with the Guardians and stole one of the cd plates; he translated the cd plate and wrote the well known (distorted) emerald tablet.

Fallen Angelics, Fallen Seraphim, depending on their male and female spirit essence, defines their class as false light of the Father (Luciferian), or the material elemental forces that came out of the Mothers earthly body, the False or Dark Mother which is Satanic Forces. These levels of hierarchies have an enmeshment with the earth.

They each counterbalance to a male and female principle energy aspect in their realm. They have a main collective energy field they command as group consciousness and related entities in the Predator realm that exits in the material world of forces. 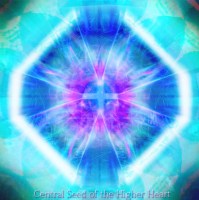