The Metatronic code is based on two spheres of Bi-Wave Influences of the Vesica Pisces instead of the eternal life three spheres, or Trinity Wave.

Fallen Consciousness, such as the Fallen Angelics and Imposter Spirits, are due to Metatronic Code configuration in the planet and is the result of excessive misuse of free will choice that opposes the divine plan and intention of God Source. In the cycles of evolution, the opposing expression reaches the point at which it jeopardizes the Eternal Life expression and continued existence of the Cosmic Order.

Altering the Krystal Code creates limited supply of energy in the Lightbody and the modified coding can not circulate or receive any more energy directly from the eternal God Source. The Metatronic or Anti Christ being has to suck energy from other entities, systems and progressively consumes itself, therefore, eventually comes to the end of the cycle and has a finite life span.

This is the Metatronic Reverse Mutation and unfortunately for any being who seeks Ascension into the eternal life Krystal Spirals, this coding, which is also what manifests into the Predator Mind, blocks or obstructs that higher Consciousness potential. When this happens the manifest being is unable to fulfill their Soulexpression and highest purpose to maintain the Cosmic Order, and this is the state of Fallen Consciousness. Metatronic frequencies are not just an issue here on planet earth, however extend into many layers of the multi-dimensional anatomy in the Universal Time Matrix.

The word Metatronic, is actually derived from Metatron, which is not just a singular Arch-angel as taught in most New Age and Kabbalah circles, but is the name of a collective consciousness family, sourcing from out of an entity. This entity gestalt exists within the first level of Ascended Master consciousness collective.

Metatronic Reversal is an entropic system of architecture intended to digress consciousness from the original Christos Divine Blueprint of the 12 Tree Grid, and manifest the closed source system of Anti-Christ life forms. When the original creation program of the Krystal Code from God Source is altered or modified in any way, the ability to self-regenerate and ascend is interrupted, from the loss of energy present. This eventually leads to energetic collapse or internal implosion of the Blueprint system, which manifests as Fallen Consciousness and then potential annihilation. The black substance that manifests in the lower dimensions is connected to streams of unconscious impersonal forces, elementals and husks that enmesh with the lower spirit hierarchies. This is one way to understand how an excessive amount of black substance that makes up hungry ghosts, shadow creatures, and Satanic hierarchies, became buried and trapped in the earth body.[1]

Qlippoth or Tree of Artificial Life

Metatronic reversals connect to Metatronic Implants in the shadow body or Negative Form that are designed to reverse and drain life force out of the earth body and the human body. The shadow body or Negative Form must be cleared from the human Lightbody in order to reconnect the ascending potential of the twelfth dimensional template of the human body. This unnatural configuration was built by the NAA via Alien Machinery that uses Artificial intelligence to parasitize the earth's life force to achieve immortality, and this organized structure is referred to as the Tree of Artificial Life, or the Black Tree of Life.

... timelines are being accessed of the causation of monadic reversal and monadic harness which greatly impacted the infiltrated collective masculine field, the Golden Eagle Network (based in the Middle East, Iran Gate). These timelines are known as the time of Metatronic Reversal where the electron fields descended into heavily distorted patterns, splitting the Monadic bodies apart.

This also split the mental bodies and fragmented them into diseased states.

This splitting of the Monadic bodies was kept in place by a double looping, or bi-polar geometry structure which would siphon life force. This structure is also in the Golden Eagle Network and keeps that structure operating as a bi-polar geometry, which directly impacts the brain and mental body of all human beings. [See update in January 2013 Newsletter.] The Monadic staff would break apart and fragment before any assimilation or integration of the spiritual bodies could take place. Much of this was the result of terrible wars and killing through the abuse of technology, such as the current Armageddon Software program, that occurred in the higher dimensions. As these timelines become present on earth, certain manipulation may be present to suppress the males based on these “Armageddon” memories. This is a war program with an “Enforcer to Protector” Mind Control. It’s a twisted game to trick the male to believe he is protecting his domain, when he really is enforcing the rape and killing of his own family members. This is the biggest soul wound in the Family of Michael. [2]

With the NAA invasion history and the war with competing off planet species writing code into the planetary Morphogenetic Field to modify human DNA, and to genetically manipulate the original divine human core manifestation body, the 12 Tree Grid, extradimensional entities used the Fibonacci sequence and created AI energetic wave spirals of which to hijack, siphon and steal energy from the planetary body and humanity. These artificially generated Fibonacci Spirals are inorganic, vampiric and created through Alien Machinery and AI technology. This is how the Metatronic Reversal fields were created, as well as the Adverse Sephiroth or Artificial Tree of Life that is represented in Kabbalah teachings, made popular by Black Magicians such as Aleister Crowley. The Metatronic code is based on two spheres of Bi-Wave Influences of the Vesica Pisces instead of the eternal life three spheres, or Trinity Wave. Metatronic code manifests reverse merkaba ratios which forces peoples Merkabas to spin in ways that prevents Ascension.

The ES Website was manifested on 9/11/2007 with special master code (re-encryption to distorted base code architecture in the controller grids) to override the 911 Timelines and its Morphogenetic Field grid connected to 3D Timelines and their grids 555 and 553. These are inorganic Timelines that are based on the Fibonacci sequence that manifests in Metatronic Reversal, reverse merkaba ratios based on mathematical doubling of harmonics related to number 5, used by Thoth Grids to hijack the DNA from the Astral fields and thwart the progression of Expanding Consciousness of the earth and humanity.

The Gravitron is a part of the Beast Machine that holds the tilt of planet Earth at its unnatural and artificially sustained 23.5 degrees angle and is becoming aligned with the natural Earth’s Staff. Metatronic races created the Gravitron vortex networks to link portals in our Sun and Earth, twisting the planetary blueprint into unnatural configurations called Demon Seed. Metatronic Reversals are manifested into spirals that harness the gravitron to creates an unnatural artificial gravitational fields on this planet. The Gravitron is an electromagnetic harness field that is part of a larger electromagnetic harnessing structure called the NET.These are Black Hole technologies that were orchestrated on purpose by which this planet has been imprisoned through these fallen forces of NAA. 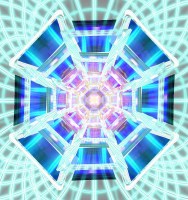