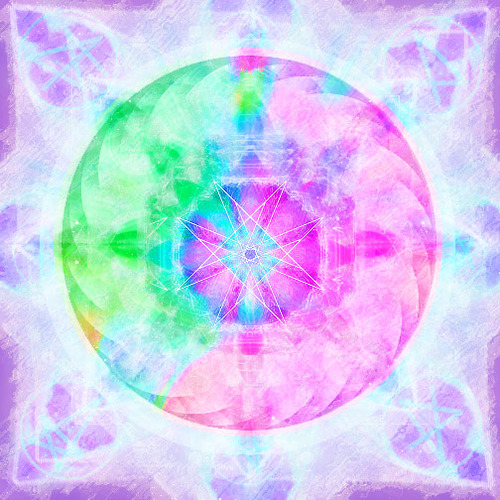 All of us are exposed and subjected to the World of Forces, existing within a constant interplay between a multitude of layers of dimensional energies, forces, entities, and collective consciousness. How we choose to interact with these multidimensional forces influence their result upon us, which are made into an action and/or reaction in every area of our lives. These are the Laws of Cause and Effect of which at this time, we are pushed into feeling daily discomfort in order to better master internal energetic balance. There are no coincidences and nothing is random. Every physical event proceeds directly from a source origination of energetic cause. There are natural laws in the mechanics of creation which govern these many forces, some of which are shifting along with the magnetic changes within the earth’s core. The laws of magnetism, gravity, electrical orientation, and the basic manifested elements of atomic structure, as defined from this 3rd dimensional reality perspective, are to name a few changing structures. In physics, a force is defined as any influence that causes an object to undergo a certain change, either concerning its movement, direction, or geometrical construction.

However, the majority of these forces, such as extra-dimensional forces, solar forces, along with the human comprehension of how these forces actually work, still remain unknown in their impact and hidden from the general public. Our planet and humanity are being vastly exposed to many more extra-dimensional forces, which can be experienced from a point of great fear, or great love. Ignoring these forces, like ignoring the presence of darkness, allows your body to be an unconscious portal for the use of these forces.

When we are confused and pushing the external reality for answers it is returning a massive load of levels of miasma. People that are conditioned to push and superimpose upon others to get their needs met, are being used unconsciously as vessels for directing these various forces. This is especially prevalent when they are extremely attached to an identity of ego. The more we fight to assert our identity as an ego, the more easily we can be controlled by forces of “maya”, as well as, be possessed by an outside or extra-dimensional force. At this time this phenomena is increasing in numbers and becoming heavily amplified within the world population. This is because people’s bodies, their lower aura center is absorbing planetary miasma, and those forces which had previously been in stations of lower dimensional membranes. This can create overload to the energy centers and manifest levels of disease pattern.  This is another reason why daily meditation, spiritual housekeeping, and the 12D light shield is important to protect the aura and help transmute lower forces of miasma, purging onto the earth plane now.

Not until you are aware of your own inner energies and take responsibility for them, can you choose what energies you are directing as a force.

Every person is a force of nature, and is capable of committing great harm, or directing the greater good for the whole. What are you going to choose? How do you want your consciousness and body to influence the World of Forces? Understanding these forces better, making informed choices, learning how to be transparent, refocusing emotional triggers into neutral association will allow for smoother communications with others, as well as make our own transition easier. The keys are held in actions taken in loving kindness and compassionate witnessing in all circumstances.

Currently many of us are feeling a purging phase of clearing density and miasma from our bodies as we are letting go of ancestral memories, miasma and many of its energetic structures. This process of disconnection from our old energetic systems may feel tumultuous as swinging between states of emotional crisis and feeling apathetic, disimpassioned and numb. When we feel overwhelmed we may go into numbness. If we shift into positive GSF behavior we can allow this state to lead us into a new level of emotional mastery in maintaining "neutrality" in all outcomes. This is gaining new proficiency in our mastery with "neutral association" and may become especially noticeable when coming across what had previously been very emotionally charged themes of our behavioral patterns. Many of us have risen to new levels of transcending old emotional patterns and are experiencing greater freedom to experience life without attachments. This level of emotionally perceived neutrality may feel disorienting as we learn to trust the divine timing and synchronic flow in our lives implicitly. This is a part of embodying the compassionate witness of our inner Christos spirit.

Surrendering the need to defend any kind of personal position, we offer ourselves up to allow our inner spirit and higher expression to manifest without using force or bias. To remain in the synchronic divine flow requires our body, mind, emotions to be calm and relaxed in so that we allow ourselves to show up in the present moment. Discerning the level of extraneous details that distract us from our true spiritual purpose is being shown to us, and as a result, is becoming much clearer as we move through the chaotic forces of change.

The discernment we require is to identify the juxtaposition between our ego identity's "addictive needs" (along with its attachments and bias) versus the balanced preferences of the higher functioning spiritual bodies desire to express our inherent creativity. This is a phase of synthesizing inner polarity to expand beyond certain fears we have that threaten our ego’s beleif systems. This is a phase that requires allowing, surrender and being in our life experience without any of the strings of attachment, manipulation or judgment. Since our 2D instinctual desire body is primarily governed by our subconscious layers, much of our unconscious needs, limiting behavior or attachments are surfacing that have accumulated as blockages there. We may see this reflected in the patterns of the environment, such as in nature, animals and people around us.  Lately this new terrain supports or necessities the state of "neutrality" when we breakthrough patterns we used to fear, as this allows a new sensation of inner liberation. This is a new foundation for inner spiritual liberation and therefore a new consciousness expansion to live in fearless awareness which opens many possibilities.

"The very purpose of religion is to control yourself, not to criticize others. Rather, we must criticize ourselves. How much am I doing about my anger? About my attachment, about my hatred, about my pride, my jealousy? These are the things which we must check in daily life." ~Dalai Lama