This is for the Multidimensional Beings that have moved into the game board of the New Energy fields. Things are energetically working quite differently aren't they? We will see those in-between and 3D beings still playing in the illusion that their ego desires control their future outcome. And since they are not moved into the New Energy yet, this will appear to be working for them. Remember that you are a part of the soul group that is the "Ascension Vanguard" and that you are the first wave doing this group process for humanity.

As humans, our perceived 3D "reality system" is set up very much like a computer program or a video game. Most Humans perceive themselves and operate only at their "personality program" (the ego, instinctual and subconscious intelligences) level of their expanded spiritual anatomy. The "personality program" is the three layers of intelligence that are having a physical experience in the polarity video game called, The Earth Experiment.

This is the same thing as when you are choosing a specific avatar - like our 3D personality program - to represent yourself when you are playing an "X Box" video game. (Ask any teenager if you need more information on what an X Box is!) The exception for most people is that they do not realize they have a spiritual "joystick" to use to increase their skill level of mastering intelligences and a way to navigate through the earthly landscape of the "game". (Which avatar did you choose? You can choose another one if you need an upgrade!) This is the analogy of why it's important to comprehend your spiritual anatomy layers and its structure, as when you do, you clearly realize you have tools and can make upgrades!

As well most people have no idea that their "personality program" is temporary and extremely limited to their own views of who they think they are. They get stuck inside the game without using their joystick to navigate. More commonly they become paralyzed between the two opposing forces of polarity (Do I go left or right? Up or down? Choose love or fear?) and while in the state of this confusion, they become inert. This inertia slows down the being's evolutionary process, and they circle around in the game over and over unable to move past old patterns that keep them in the same level. They do not know how they got here and who is running the game. They do not know how to learn the skills (lessons) that graduate them out of the game (classroom).

This is a way to begin to understand the human souls' reincarnation plan, in the game of the Earth Experiment. If a consciousness has not figured out how to master a grade of the earthly game, they return to the same level over and over to attempt to complete that grade. No matter how painful or traumatizing that life pattern was, they are destined to repeat it until they learn to transcend it. This could mean hundreds or thousands of lifetime experiences for that soul doing that "same" life pattern.

This has created massive stored pain for humans. This is how distortions have been formed in the soul's program. The personality program kept repeating the patterns of painful lifetimes as it had forgotten how to connect to its own source/soul for healing or guidance. The personality not remembering how to access higher levels of the soul's intelligence, created karmic energy debt and imbalances from involving itself in continued life cycles of suffering. This cycle of learning through suffering has an opportunity to complete for human beings. This is the big issue of why there is divine intervention by various Interdimensional Beings during this Ascension Cycle. Divine intervention has been allowed so that more beings will be liberated from the reincarnation cycle. Finally these souls will be able to move beyond the level they were stuck in while playing the 3D polarity video game. This is what it means to say that the Ascension cycle is for the "liberation of the soul".

During the last 30,000 years the human species have been undergoing a 3rd level stage of the Earth Experiment video game, one that we could call the "Atlantian" program. This program was a necessary part of humanity's evolution in 3D reality mechanics in order to understand how to operate and use a part of our spiritual anatomy called our "Solar Plexus" chakra. The Solar Plexus is the human beings 3rd dimensional energy "receiver" and it acts similarly as a computer control center to navigate oneself in the 3D reality program. Within the human lightbody, connected to the Solar Plexus, is the personality program layers and its matrix of intelligence otherwise known as the "ego" consciousness. So this Atlantian program, a cycle intended for human evolution, was originally purposed to learn how this solar plexus control center works and how its level of intelligence could be operated and experienced. It was not intentioned, however, to be the only intelligence accessed that eventually over time, disconnected the soul from the personality.

However, the ego intelligence (personality program) of the human became completely obsessed with the 3D material world by imposing its personal will to manifest its desire for physical result. And as such human consciousness has gone through many lifetimes attempting to master using the ego consciousness. Additionally if that were not enough, forces that observed the humans were disconnected from their true spiritual identity for such a long period of time decided to manipulate the humans for their own personal gain. They were so successful at manipulating humans away from owning their spiritual power, that they have been able to completely control the game for the last 30,000 years. These forces were able to harness the energy resources away from the humans both in the vital essence contained in their own energy bodies, as well as the planetary geological resources. This consistent drain of energy resource by these forces that remain "unseen" by the human, systematically strip the species of its own power, potential and freedom.

Hence these controller forces, as they manipulated the human Ego consciousness in the 3D game, became the Ruling Class and as its absolute power corrupted the system. The Atlantian polarity game evolved into a full Service to Self program, a draconian caste system with primarily a Royalty class and slaves. Their motivation is to manipulate life force to empower a privileged few at the expense and imprisonment of the greater whole. This corruption became like a virus and its infection spread and began to break down all the consciousness that was inside playing the Human Video Game. Since no one remembered they were actually inside the game, it started to become destructive for the soul program. The integrity of the whole game structure began to collapse as the continued use of destructive energy created reversed life codes and phantom energy spaces. Reversing life codes meant molecular compaction for the entire Human Video Game and at a certain point, this would lead to annihilation. Even though all returns to source at some point, (as space dust or sentient units) it was not wished upon the human race to continue this degree of suffering that would continue degradation of the integrity of the human soul matrix. At this time in the Human Video game, the Ascension process became the necessity to retain the original divine blueprint for the Human Soul.

This is exactly why the Starseeds, Indigo Family, Light Family E.T.'s., Walk-In's and the Ascended Masters are back to help us.

Game IV - The False Ascension - The Hybrid Breeding of Humans

This is a game program that is still operational in the 4th and 5th Levels (dimensions) of the Human Evolutionary possibility. So we could say there is an agenda by the controller forces to hope that humans choose this game, as they will still have a way to manipulate the power source. Generally this path is opened to all those who do not want to see the truth, face their own shadow, as it hurts too much. This is about finding the willingness and the vigilance to do the Inner Alchemy to serve God Source, no matter what. There is work to do in there and it takes self responsibility to accountability.

Pain avoidance and fear is a huge controller of the masses of humans. Comfort zones (implants) to generate complacency will generally win out to control most of the human population. The controllers know this very well, and are expert in the field of manipulation and astral combat. It is primarily in this level of the game that the Controller Forces use frequency fields to create a NET that keeps humans "in their place". As long as humans believe they are "free" they will never question the controllers about their personal sovereignty. They can dress this game up a notch, flash us some beautiful things to dazzle us, give us some technology to supposedly "save us" from ourselves. The agenda is then they can begin to introduce themselves to humans and possibly tout themselves as Gods, or Advanced Intelligences. Being "Gods" surely humans would easily want to intermingle and "breed" with them, creating a human super race?? (not!)

Not to belabor this, however, an important key to remember in all situations is to preserve your Life force, your personal power - as directed with your full intention - by retaining the Self Sovereignty and Freedom of your Being. You are God, Period. You are the Cosmic Sovereign Law Made manifest, and it is your divine right to state your claim as such! Stay away from anything that is sucking on your energy, wanting your worship or claiming power or elitism over you.

This is the accelerated game of 12 D potential activated within the Divine Human DNA Template, the original intention of the human species. Because of its ability and power to generate Eternal Life Giving Current it is the ultimate System Override of any False Ascension or Illusionary Matrix beneath its potential. The Controllers ( those who have forgotten who they are in reference to God Source) do not have access to this Light Force Current and are unable to manipulate it or hide from it. The Cosmic Christ Intelligence is a Multidimensional Consciousness and is able to shapeshift and be a time traveler while in a form. This level of consciousness can embody in any form or exist as pure sentient consciousness at will, as it is One with All.

Within the activated potential, this consciousness is a completely Ascended being outside of polarity and is able to be a full co-creator of God. The capacity remains to retain all of the group life stream individuality while simultaneously experiencing the energetic reality of Oneness and Completion. As a complete being you are totally free to create "worlds". Creation from Spontaneous Joy is the keynote of this form.

From the Guardian perspective this is who we are with our divine human potential and with whatever we choose, to not forget who we are. We are not to give our power to anything outside of ourselves. This is our purpose in shifting timelines to manifest freedom, sovereignty and liberation for all human beings.

This is to build light strength in the body first through directed mental focus. 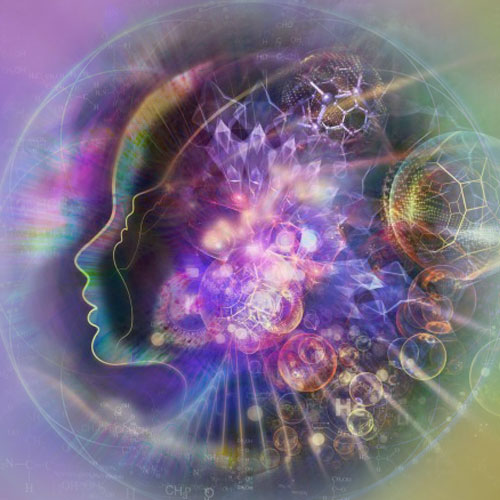 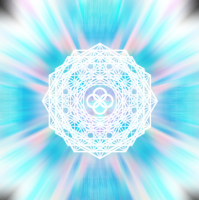