Q. Question about three waves of Ascension and is the first wave ascending this year, etc?

A. There are both individual and group waves of ascension. Honestly I have heard the same thing about three waves of ascension, however, I feel that is a different model, a partial model attempting to describe the frequency initiation process and a concept of multidimensional timelines. Now especially with seeing the particle and anti-particle timelines merging and creating 12 possible timelines of access on our planet that are simultaneously collapsing into each other, it is difficult to verbalize. Each being (Spiritual or Light Steward) has their own spiritual model and genetic coding which influences their perception of consciousness and ego personality.  These perceptions are written to others in a language that is very difficult to describe in a human mind that is linear. However, it seems we have even more options or contingencies in place for this planet, in terms of how the higher self is going to choose its own evolutionary path and future pattern. This is the Aurora Guardian project to help as many beings as possible activate their consciousness and spiritual bodies to help participate at some level in the physical with their own evolution. When we talk about Ascension, we are also talking about a never ending process of spiritual evolution. Ascension is about spiritual initiation into successively higher frequencies and dimensional planes of existence, and that is what is happening to us now. We access the successive frequency layers to absorb them into our current biology. When we absorb the frequency, density in the body must be dropped. So when accessing higher frequencies, clearing and removing alien implants, mind control implants, ancestral attachments, fragments and other spiritual phenomena from the bodies will surface to be cleared to be transmuted.

We are attempting to descend levels of our divinity gradually because our job is to biologically embody our god spirit self, at the highest expression possible given our circumstances. This is so massive what is happening to our bodies at this time. The body is able to be prepared as we participate consciously in this process, it can happen naturally, although that is less common because a direct agreement is what makes that possible. One must be committed to world service to have that kind of help made possible, because the conservation of life force and resources must be exercised. Many of the Starseeds are getting worked on at night, and our bodies must be upgraded to handle these frequencies, coding, and rehabilitation or repair of the lightbody instruction sets. Our bodies are going through a lot whether you are aware of it physically or not. At this time, our bodies are massively getting upgraded and this is because as zero point field starts to become available in more places on the planet, our physical self will need a big push to be comfortable to work with those energies. Defining ascension would take a long time as what’s happening is a massive frequency initiation at every level, the body is attempting to absorb as much frequency ( to increase consciousness)  as it is capable. Ascension is something to describe in terms of being freed from the 3D reincarnation wheel from the lower astral plane. We are being moved into a completely different reality structure at whatever level of frequency classroom we are going to be working in and there is still time to determine that direction. What ascension is, we could consider it to be the moving pathway through the timelines of the reincarnation wheel that has been transpiring in the 3D reality system. The Astral plane reincarnation through the false ascension matrix is ending.  We are going through Universal Ascension and most of the beings that are not going to be graduating in this cycle will be moved into a different reality system to continue to evolve. For many this will be “earth like” but not the 3D earth as we know it…..( Source: QA June 2008) 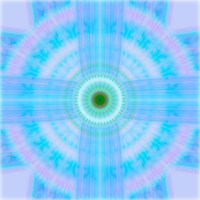