Q. I wonder if you could please speak a little bit about krystic qualities/characteristics of male and female. As we are working on the HG sacred union within, I think many of us would like some more clarity on what this may look like. Beyond the gender distortions, what does a monad embodied female or male on earth "look like". I know everyone is an individual, but I feel some general outlines may be helpful. Thank you SO much for all you are and for all you do.

A. Thank you! This is a fantastic question and certainly worth sharing dialogue to explore how we each can make productive movement forward into this direction within ourselves and within all of the relationships we are interconnected and interacting. In studying the Law of One Practices, the Relationship Mastery Guidelines, Self Awareness Guidelines and GSF Behaviors one will find the key notes of these qualities. This helps us establish patterns to which we can learn to develop more skill with compassionate communication, discerning ego judgments from exercising personal choice and discernment, and learning how to create more enjoyable relationships that are productive and harmonious.

I have no direct experience with studies of Non-Violent Communication, as these skills are natural to me. However, I find that NVC is extremely helpful in their basic philosophy which resembles Krystic signature. The emphasis from their perspective is similar however, without incorporating the spiritual consciousness development model that is connected to these values. The NVC baseline is an agreement to a shared humanitarian philosophy. That humanitarian philosophy (perception) is assumed as an agreement to exist as the core characteristics inherent in all human beings:

Here on earth, we are being trained in the galactic emissary role as liaisons between E.T. Cosmic Christ brotherhood and the 3D human being. As this experience is going on, our physical self must be shifted and encrypted with new elemental fields. So, in understanding, the physical elemental vehicle/body is created out of main elements of the 3D physical  earth plane, when we came into incarnation in this ascension cycle, our bodies took on snapshot of whatever elemental vehicle was imprinted through the soul blueprint as well as collective human imprints and family of origin imprints. As an example the body is subjected to the dimensional frequency and architecture level that was at the exact moment of birth which is the imprint into the time/space field. At any exact incarnational moment for any baby born into this 3D earth plane, there is a particular energy signature that is necessary in order for the human soul (or essence of that being) to function in the 3D level of time and space as that being. These imprints hold the balance of the elemental encryptions in one’s energy field that are directly related to the function of the personality in a body, that interrelationship between the stations of identity in consciousness to work in alignment with the physical body. For many people these interrelationships are coded in distortion and reversals, of which we must learn how to reprogram these distortions, which exist always as negative alien and negative ego filter embeds. As we change our thoughts, as we learn to be as one with Christ consciousness values, (life affirming values) this state of being recodes these negative embeds and their imprints. At this point many of these imprints are changing, being updated, as we are leaving the 3D constructs.

The galactic levels of the guardian group representation in human form on the earth have been undergoing quite a transformation process. The patriarchal exorcism is something I underwent personally in my own body through the exorcism of my solar plexus and still point (those entities attempting to hitchhike on my soul energies) and have witnessed in my client practice and in many emails and sharing through starseed families. The latest planet initiations personally have been the biggest events I have personally experienced myself and witnessing in others. Humanity is at some kind of critical period of human evolution right now. Personally, I been aware that the new physicalization of the Christ consciousness that I has been referred to as the trinitized form or zero point field form, these are the cosmic Christ levels of blueprint that are starting to physicalize in many groups of us at this time.

The karma of nations: this is something that has not been a part of my awareness until recently. It has been brought to my awareness that levels of these mind control programs that are related to the governance of current power structures in countries and nations, have been revealing themselves that the tyranny and enslavement of the peoples was not the original human seed intention of these nations. At some point, there were bloodlines that were manipulated by Negative Aliens to receive the money and power of the governance of nations in which they could be manipulated by the reptilian agenda. This was a purposely manipulated scenario by the Negative Aliens to subvert freedom from being experienced by humans on the planet. The situation with the USA was discovered in session timeline work that Thomas Jefferson, one of the forefathers of the USA, who showed up requesting support for that lineage and was very concerned about the tyranny of human beings in the USA.  He saw the potential of that abuse of power and control stemming from the secret societies. He discussed the Secret Societies in Washington D.C., and made comments to the architecture being based on Egyptian esoteric initiation rituals used to control the money supply, still today. He clearly still watches the USA with concern even now from his multidimensional identity. Everything has a blueprint of its original intention and theme of what it is created to become. The USA was a nation created with a very pure intention of freedom, and it was applied through higher soul masters, such as Thomas Jefferson. This was quite surprising and spontaneous to have his input during session work. I felt it surprising his passion for personal freedom due to the fact he was a known slave owner.

These human souls were beings interested in creating liberty and freedom for human kind and they were attempting to bring that template of understanding into a level of consciousness and awareness during those times. The USA original seed intention was that of a higher nature which means that it’s potential to be reactivated into its true creation, is actually a potential. As everything that is created and formed, has an architecture, blueprint, instruction set from its creator(s). Even though the original intention of USA was that in terms of liberty and freedom for the people, what had come in after that point, was a control and usurpation of that level of intention and consciousness. It was orchestrated by forces of manipulation and as a symbolism to our consciousness that is of the Annunaki, Draconian or Reptilian mentality. The karma of nations has been addressed and there was a seed event that created a manipulation of the timeline in the governance of people and that seemed to have a significant base in many nations structures that was going back to that particular timeline where the monarch, president had been over taken and controlled purposely to be manipulated to do certain things that would assist in the larger suppression of human consciousness. This was a direct possession or control of human beings in position of power to subvert their intentions, without them knowing about it.  Many times the beings that were placed in these positions of power were controlled by off planet sources that were hand picking the bloodline and who they wanted to control that part of the demographic of planet. In a sense, they were creating favoritism because they knew that person was easily corruptible by ego, power, greed, money, or whatever else.

They chose to capitalize on those tendencies and manipulate ego impulses in those beings to carry out larger tasks. Essentially they were puppets to the larger ramifications and results of their actions to the planet. This was another confirmation of the levels of war strategies used and the mind control perpetuated for the enslavement of the human race for such a long time.  Our own race, our own global people, our males have been continually used to manipulate the reality to enslave and suppress their own race. (Source: QA June 2008) 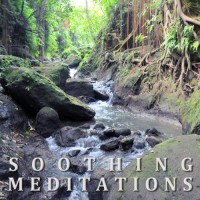