The particle matrix of earth which is the magnetic female universe, is a part of the merge coming into the zero point field outside of the current forces of the polarity structure.  The magnetic female universe is merging with its counterpart universe, which is the anti particle electrical timeline. The anti particle portion of the universal matrix of earth that is now merging into critical mass, is the timeline of where origins of Lemuria and Atlantis actually are happening right now. That particular experience is now starting to merge in a more tangible way with our current system timeline. As these energetic blue prints and the timelines of particle earth and its anti-particle timelines start to merge, more Multidimensional timelines are becoming available but also simultaneously impacting our world through the process of its fission and fusion.  When the particle and anti-particle time fields merge, it has an alchemical effect and new fields are created and through this, we are undergoing a lot of possible unknowns and uncharted territory. This is what it means to be the end of time as we know it. And that is where we are standing right now. The earth’s spiritual bodies as well as our personal spiritual bodies comprising the Universal Time hologram exist at the particle reality level and another one at the anti-particle level and these two realities are merging together now. This means we are going to see anomalies and phenomena that may appear surreal and strange. We are just beginning this cycle but this is a way to describe there are things that are going to discovered on the planet; such as artifacts, pyramids, structures that have been hidden from our view. This is because we were only viewing a certain level of dimensional experience. Humans could not physically see with our eyes many levels of phenomena that we are going to begin to see with physical eyes. This is also due to changes in the physical light spectrum.

There were three planets discovered that are very similar to earth orbit, yet those planets were always there just like these historical artifacts. Yet in the prior way we were existing in dimensional fields, we could not see it with our physical eyes. We are getting to a point where we are going to be able to see this type of phenomena with physical eyes. Because of these forces merging, the magnetic fields of earth become more choppy and unpredictable. The particle and anti particle universe flash on and off even though we think that we are actually moving forward in time,that is an illusion. Our reality is constantly flashing on and flashing off between the particle and anti-particle spectrum. And what that is, is the in breath and out breath of source, this is mirrored in our breathing pattern. This sequence is the fission fusion point of particle and anti-particle units that are starting to merge into a new quantifiable field of energy. The Zero Point. (Source: QA June 2008) 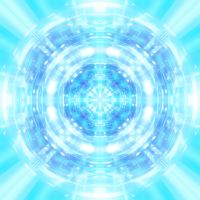