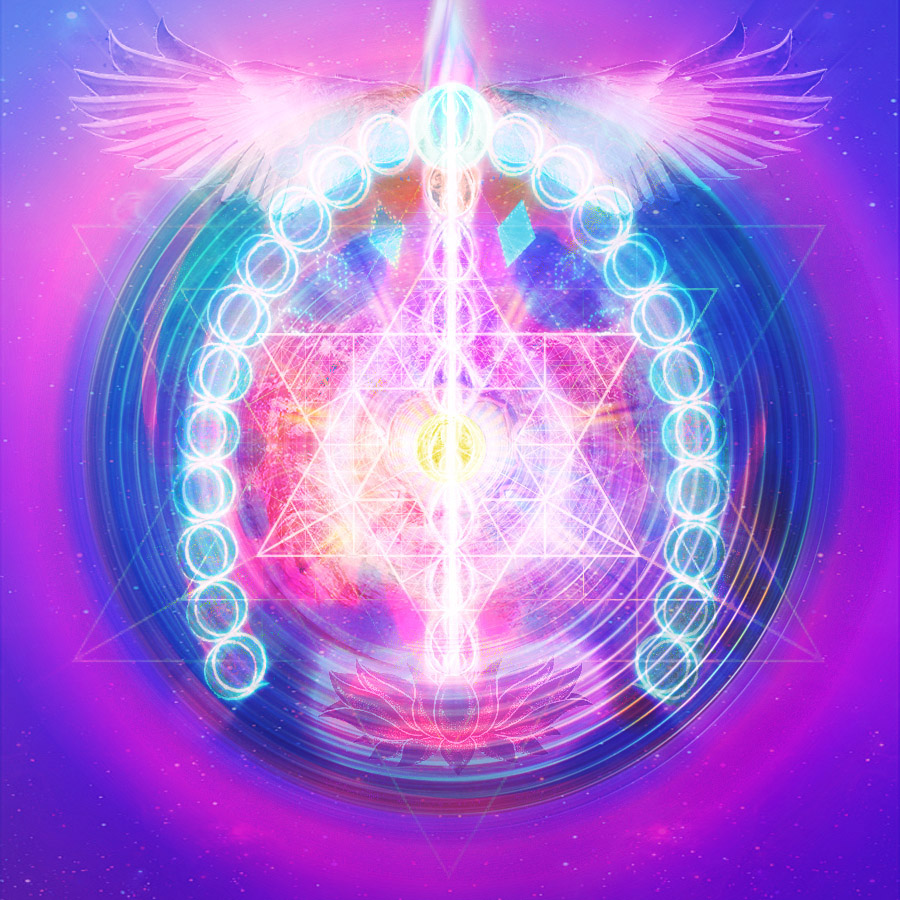 In the application of a NRG coded implant, its mechanism acts like a "tick" or "leech" that burrows itself deeper into the lower areas of the astral body, mostly into the 2nd Chakra and into the Instinctual response functions of the central nervous system. From the 2nd level of Chakra layer "infection" - if the Addictionbecomes severe over time (repetitive destructive reactions and spiritually abusive behaviors as the response to external stimulus) it eventually embeds itself deeper into the energy matrix of the Lightbody. A False webwork (like a film or spider web), is an overlay on the nervous system (sections become infected until the entire system is infected), winds up the spinal cord and will have a trigger implant placed in the back of the head and neck. Once the implant is fully embedded and operational, severe Addiction, mood swings or Possession occur as the target becomes more bi-polar and manic. These are signs of mental and emotional instability which further weaken the person into potential Soul Fragmentation.

The most common area for Alien Implants or Mind Control is the Atomic Doorway, the 9th Chakra, where the inner spirit light reflects out of the eyes. That inner light will die or become dead in the eyes after this implant takes over the body. The implant is a NAA reptilian NRG brain implant that is placed in the structure of the brain stem via the medulla oblongata.

However, it has been observed to attach through the two pyramids that contain the motor fibers that pass from the base of the brain stem and into the Medulla Oblongata. This area in the base of the brain is called the "Decussation of the Pyramids". Since this area controls motor fibers – it controls the stimulus and information flow throughout the Central Nervous System and its impulses to the brain. This is how these Reptilian Alien Implants work, they stimulate the nervous system with artificial stimulus systems to control the nerves/transmitters to promote whatever "energy-vibration", or thoughtforms, emotional state or addictive state they want to remain in the "target". This is bio-neurological Mind Control which is a biological warfare strategy through the use of Holographic Insert and other technologies.

Since motor neurons control the flow of neurotransmitters to the brain, as well as muscle twitches, in this way they can stimulate responses of rage, anger, anxiety, agitation, addiction (or rape or hurting another person) for whatever they are culling. When there is biological neurological control exerted on certain test subjects, such as people that have been subjected to alien or milab abduction for experimentation, the person can be triggered neurologically to commit certain behaviors or criminal acts. That person that is triggered by certain key words, phrases or energetic phasing, into these actions involuntarily is called a "Sleeper". After repeated bio-neurological manipulations of use on the target-person - the control system moves to the Parietal Lobe to block sensory responses of awareness or direct cognition. The person is now "locked inside a 3D window" and cannot perceive anything outside of that window of perception. Essentially, the consciousness is trapped in a small material cell block in the reality. The parietal lobe may be "caged" or higher sensory function is controlled by the manipulating entity or programming. This is how Holographic Inserts of projected images and thoughtforms can be controlled to the perception of the human being. This is how the masses are controlled, put to sleep or "mind slided". [See: Mind Slides]

(As an example, if a human is abducted or astrally raped – the Negative Aliens entity programs a reality dream of happy serenity with something or someone the person relates to as a positive subject at that time/space the person was violated. This is a type of manipulation of the person's Timelines. However, if one pays attention they can ask if this memory was artificially placed, many times something will feel "off" and if the answer is yes, one can regress the subject to that timeline or reveal the real memory recorded in the cellular system in order to surface the pain and release and heal the damage. All damage can be healed this way – what we repress or deny can hurt your body. This is a form of hypnotic regression which allows access into the root memories of the subconscious mind. See Three Layers of Ego)

This implant "tick" function will impulse "Addiction" symptoms for a multitude of reasons, mostly to continue the spiritually destructive behavior into multiple repetitions to embed deeper into the Lightbody of the targeted person. The more you repeat the self-destructive action, the closer you are to "invasion to Possession" by a Reptilian NAA or Satanic level of force. Once your auric energy body or Lightbody is invaded you are a slave and automaton to be used by these NAA and human Controller groups. Generally, a person is unknowingly influenced by these Alien Implants and will be driven to "obsession", an obsession for whatever the addictive substance or thoughtform is. If the Addiction is sexual in nature, the tick will continue to burrow itself in the astral/Soul Matrix body to collect more of it. (see Astral Plane and Soul Matrix) When this Addiction matrix and its mechanism is in full swing, the person is haunted and driven by cravings that they feel they cannot control which spirals their life into destruction, pain and suffering. Most of the severe addictions are sourced in causal point of energy body trauma and that damage is located in the Etheric Nadis in the 4th Chakra and the deep 2nd Chakra complex of the person.

All severe Addictions on the planet are caused by these severe Soul Fragmentations caused by astral body splitting and therefore damage to the nervous system (Etheric Nadial Complex nadial system and Lightbody energy receivers) and later the brain itself. Therefore all addiction can be ultimately healed by soul fiber and nadial plexus repair to reorganize the central nervous system and the brain impulses.

Since the person is his/her most powerful healer and this information has been hidden from the masses, it creates a block in healing addiction problems for many. People do not understand the causation of most severe addictions are entity Possession that is promoted by this most harmful addiction network and their own submission to the consent of the Mind Control system. Many times this thoughtform and addictive pattern is inherited genetically and passed down through the family of origin bloodline.

The False Ascension Matrix is a inorganic alien technology NAA that was installed into the Astral Plane (4D) and is primarily controlled in the higher sound field dimension of 5D. It is a False White Light current ( aka False Christ Consciousness light used by the Imposter Spirit) that is sourcing and manipulated from the lower Soul Matrix dimensional realms. This false white light creates an intricate webbing with many Alien Implants and bio-neurological Mind Control technology which is exerted upon the human's soul body and mind ( through use of lower frequency wave manipulation) of the human being.