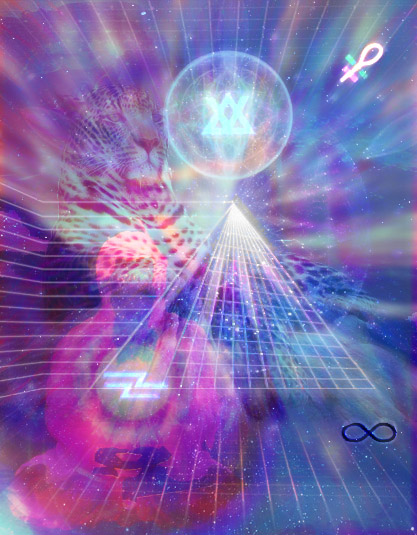 Brain Mapping is a set of neuroscience techniques based on the mapping of biological properties onto spatial representations of the human or non-human brain that result in information maps. Brain mapping is further defined as the study of the anatomy and function of the brain and spinal cord through the use of imaging. This also includes neurological imaging, which image the neurological structure, function and impacts of pharmacology or toxins upon the nervous system. Functional imaging of the neurological system and brain allow the processing of information in the brain to be visualized directly in images and mapped. Brain mapping can be read and analyzed directly by computerized systems, and extraterrestrial or military personnel that can directly see what areas of the brain are being activated and which centers "light up" on the scan. To read brain maps and neurological imaging allows the data to be loaded into computer for analysis, or for any entity to have access to another person’s thought identification or mind-reading. This can happen in real time, in the moment, and instantaneously, if the program has accessed the person’s brain and neurological system. Both the function and the structure, along with all data content of the brain and neurological system can be analyzed. Clearly this technology can be used for positive and negative effects. The current development of brain mapping technology is far more advanced than the current medical system and science has been allowed, and it has been reserved explicitly for military intelligence programs.

The discoveries in the field of Neurobiology have lead to the massive expansion and demand for mass consumer products, manufactured in both of the flourishing multiple billion-dollar industries of Biotechnology and Pharmaceuticals. Biotechnology is the use of living systems and organisms to develop or make products, especially with the focus upon the genetic manipulation of microorganisms and their chemical reactions. Currently, the means of gaining technological or pharmaceutical control over neural networks, Brain Mapping, genetic modification and the exploitation of biological systems, is an enormous commodity that is being merchandised on and off planet. The quest to gain total control over the Bio-Neurology of life is a very big business, hiding a very dark secret.

The next extension of collecting data through the use of artificial intelligence Brain Mapping is Mind Uploading. Some Transhumanists consider mind uploading an important proposed life extension technology. The goal of mind uploading is to recreate whole brain emulation, which has the ability to transfer the data from a human brain to a computational device, such as a digital, analog, quantum-based or software-based artificial neural network. Then from quantum computers, the brain that was mind uploaded can be controlled or manipulated in subspace. Many scientists believe that the human brain and mind define who we are, based solely on their information pattern, while the body or hardware that information is implemented upon is secondary or interchangeable. They are wrong.

Moving intelligence patterns of the human brain as purely data structures to another synthetic or biological substrate manifests extremely damaging genetic mutations and perversions into the blueprint of original Silicate Matrix human DNA. AI genetic mutations in human DNA generate unforeseen diseases and miasma in the future, capable of destroying the organic consciousness potential that exists within the elemental human body and planetary body. This destroys the living consciousness spirit existing within the multidimensional human body via gradual artificial intelligence assimilation into neural networks that connect to artificial or virtual reality systems. These artificial realities and false timelines are already inhabited by a vast array of fallen and desperate dark entities, currently trying to find their way out by hitchhiking on organic human consciousness on the earth. We are not our brains, we are not our thoughts, we are not clones we are pure intelligent consciousness. Our pure human heart and intelligent consciousness are the ticket out of this prison planet, the very things the entities want to steal away from us. The eternal living spiritual consciousness Blueprint of the multidimensional human DNA is destroyed when assimilated into the synthetic machinery of artificial intelligence. As a result, this destroys the capability of expanding biological spiritual consciousness and achieving spiritual freedom, the mechanics of consciousness known as the Science of Ascension. Instead, AI mind uploading creates consciousness slaves bound to artificial realities and fallen entities that cannot evolve, cannot ascend, cannot travel to higher dimensions of reality, and ultimately is another consciousness trap. This is similar to an AI “groundhog day” in virtual realities, where the same consciousness program is played over and over.