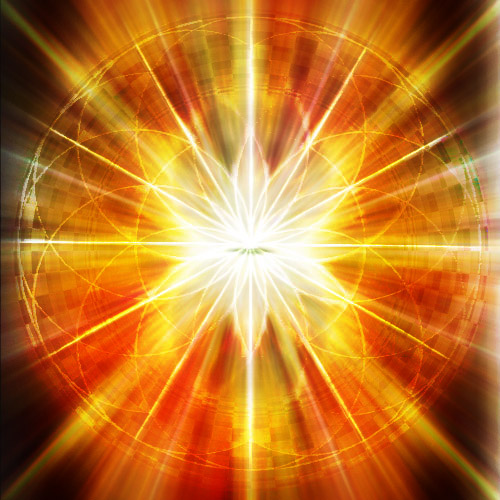 The main groups of Negative Aliens, the Annunaki, Drakonians and Necromitons that source out of the Phantom Matrix spaces in the parallel systems, formed alliances to take control over the earth, which are referred to as the NAA. These groups used technology to open Wormholes that were blended together to create the power required to attempt to pull the earth body into the Black Hole System leading into the phantom matrix where they exist, and then could gain total control over the planet and humanity. The parallel system of which these entities came from is called the Wesa system. This is a universal time matrix and its parallel of which many of the Anunnaki and their hybrids originate from the Wesedak system, while the Drakonians species are coming from antiparticle universe called the Wesedrak system.

They joined together to run energetic reversals in the planet in order to realign the earth with their system through the wormholes and black hole system they created for that purpose.

Since the Magnetic Peak, my guidance has informed me to become very still, and to stay low and down, going inward and keeping my focus on my work responsibilities and upon the internal sensations of my inner spirit. When this guidance comes in to stay low, it is the same as when an animal is being hunted for food by predators, in many cases the animal being hunted gets very still and conserves energy. In my self-imposed stillness, I have been traveling to view the Phoenix Grid in Egypt, and the portals of Black hole systems that lead to Wesedrak, looking for where there are vulnerabilities in the earth where these black hole systems and reversal portals have been connected into the damaged areas of the earth body. As a result, it can be tracked to agendas playing out on the surface, seeing how these extremely dark creatures from the black hole systems are conjuring SRA (Black Magic) to become more active in the earth people that are weak or asleep. As an example, the misguided belief that blood sacrifice clears the sins of the people, the ignorant actions that conjure demonic forces into the lives of people that believe these are Angels or Light beings, as the result of these practices. These forces have told the Satanic Church to go and open black portals in these areas in order to get the Black Hole Systems opened directly in certain demographic areas. The Satanists believe they are building Black House and opening the gates of hell for Satan, and if they know Satan is a Negative Alien, then they are well informed. The same black forces leading back to the parallel black hole system, is feeding barrages of misinformation to the light workers or vulnerable people that are fear based, generally to attack others, or to breed extreme confusion and paranoia at every level. It is very hard for many people to place their trust anywhere at this time, as the distortions and deceptions are very heavy with an agenda to spin misinformation and chaos, so people cannot tell what is black or white, what is up or down, what is real or false. It is a Gaslighting manipulation technique to destroy the inner spiritual compass, or the heart guidance of the people.

During this year’s Magnetic Peak, with gravitational anomalies contributing to the black hole system vulnerability on the earth, this time has been taken advantage by these Black Hole creatures to direct as much black substance to light bearers, Starseeds, to attempt to slow them down, discourage them, stimulate persecution, victimization, hopelessness, despair, suicidal thoughts and beliefs that we are all going to be trapped here. When we remember that the agenda to suck the earth down into the black hole systems has been a long standing threat of intimidation from these NAA invaders and Satanic creatures, it is obvious they are still pounding on that drum trying to trick us and subvert our real selves for activating our highest potentials. Stay strong and do not let these creatures get you down, they are desperate and clawing for any way to make an inroad. We are slowly separating from these black hole systems, and thus the Guardian Teams have also been working on installing many Override Pillar Gates to handle transits at the death exit cycle, and to stabilize the earth grids while this is happening. We are progressing, but we are in a deeply disturbing evolution phase because the mass unconsciousness of human pain surfaces, it can feel like a massive wave of blackness, and black voids (these are these black holes) and it can feel overwhelming to witness by the emotional body of empathic and sensitive humans.

The majority of people on this planet do not have access to the knowledge we have about planetary Ascension, many of us have had direct consciousness experiences or contact as a result of our spiritual ascension process that help us to better navigate the dark, while the majority of the humans have no idea what is even happening to them, and they are traumatized in pain and fear, herded like sheep to be slaughtered by the cruel and inhumane tactics of the NAA. Yet, I know that for us to make it through this phase into the best possible position of helping the majority of the earth population, keeping the ascension timelines and the ascension knowledge alive in human consciousness, we have to walk through the most extreme and depraved levels of unconsciousness and shadows to bring the light of God into the most diseased and damaged areas. As those awakened with inner light, the true light warriors for God, we undergo the decension into the hell realms to fearlessly face the dark experiences, and during travel into the hell realms, we are exposed to some brutal energies in so that we can hold these experiences into Compassionate Witnessing. We are recollecting the time records and recording what really has happened here. This can be exhausting, but it is important to keep focused on why we are here on this earth, to help liberate her, to help liberate earth humans from their alien oppressors, even when they are so traumatized they cannot recognize who the real oppressors are. Humans suffer from Stockholm syndrome, and fight to enforce their enslavement into the alien structures that have stolen their consciousness away and filled them with darkness.

In this phase of bifurcation, as we travel the span of realms that opened into the black hole system, it’s a rough time, these forces are gathering every kind of leverage they can to wield dark attacks against the general earth population. At this time we have very few people on the earth that are truly walking the path of Ascension, and it’s clear we really need more people to wake up and start walking their talk.