The headquarter hub in Stonehenge area acts as a final collection point by directing huge amounts of Electromagnetic power, through massive amounts of collected (stolen) life force from multiple subsidiaries all over the planetary globe and the planetary grid lines, as well as the Planetary Gates.

The Archontic Deception Strategy is directly to inflict Sexual Misery, sexual abuse and sexual slaves on this planet, starting as early and young as possible. This was taken advantage of by the negative aliens to splinter the soul energies, rather than integrate and heal it, by controlling the sexual energies. By promoting distortions around the sexual act, gender roles and corrupting our relationship to our mother and father parent, our race descended into Sexual Misery and in many cases, forms of sexual slavery and Misogyny. This is known as the “sexual misery program” propagated and controlled by the Moon Chain(lunar) lineages of the NAA on the earth. (These are lineages not indigenous to the earth but came through the process of invasion and deception.) These are multiple layers of architecture and Mind Controlthat have been artificially created to control, deceive, separate, confuse, torture and steal human beings sexual life force, and it is a violation against the human soul. The main collection center for Sexual Misery is called the NRG network that is the central hub in the UK. It is designed to create psychopaths and sexual predators based on Archontic Deception Behavior.

Known subsidiary networks exist at every Planet Stargate, such as Iran Gate, Michael Mary Reversal in Calgary, The Cathar Grid lines (S. France), Dragon Moth/Snake Networks in Asia. All are collected and returned to UK for distribution off planet for the Orion Group and Annunaki Nibiru groups to parcel out.

The Nephilim Reversal Grid (NRG) which is active in the United Kingdom. In order to dismantle the NRG, the various hubs feeding it from all over the planet need to be dismantled systematically while freeing the soul enslavement used to power these grids. This has been transpiring in the Guardian teams since my awareness of them in 2008.

The NRG is responsible to break apart hybrid genetics by reversing any synthesis of alchemy that happens organically between the male and female principle (electron-proton balance) as well as repelling any healing for the DNA of reverse pair bonds based in the reptilian genetics. This is desired by the Reptilians because their human representatives that are bred as Nephilim (genetic hybrid between Oraphim and Reptilian) are easy to possess and Mind Control for their negative alien agenda NAA. The Reptilians Negative Aliens do not want to heal thereby integrate into human society as an equal, they want to rule it as an absolute authority as the False King of Tyranny. The illuminati plan and the infiltrated monarchs are based within these genetically controlled factions. The NRG is a massively complicated alien structure that has interfered with true spiritual marriage or Hieros Gamos as a possibility for human beings on the planet. This year [2011] we are working on embodying the unity template of Spiritual Marriage in No Time, in order to create the foundation for Hieros Gamos which requires these false systems fail in the future Timelines. The NRG system keeps electron distortions feeding the patriarchal domination archetypes of tyranny as assumed by males and females as within their “accepted” roles of identity. This results in a bevy of highly destructive mental belief systems and emotional body schisms. These strategies are outlined in the Archontic Deception Behavior. These schisms are highly dysfunctional to the point they create genetic damage in the 2nd Chakra and 4th Chakra layer functioning. These archetypes were once “creational myths” to play out in the polarity game but became a massive source of food for the controllers especially in the Victim-Victimizer software. As these archetypes were then used to negatively control people with Mind Control software, the person digressed (then societal behavior patterns digressed) into aggressive anti-human, robotic and disconnected behavior. These are spiritually abusive behaviors that disconnect one from their Soul Matrix known as AD behaviors.

The name of the game for the NRG is propagating and feeding highly destructive addictions and deviant sexual attitudes and behavior within the global human population. This is a part of propagating theSexual Misery program along with the Victim-Victimizer. Its first priority is designed to relegate all sexual activity laced with guilt and shame into the lowest forms of human expression and perversion possible. Depending on accepted cultural attitudes it will use the perceptive level of access to serve the current societal paradigm into distortion. (In Muslim countries it can be the legal killing of raped women by being left in the desert to die by their own husband, or the selling of little girls to prostitution in Thailand, Catholic priest pedophilia in the Vatican, Sadistic or masochistic fetishes in Germany. These harvested energies all feed back into the same NRG matrix.)

This NRG matrix starts out looking on the surface like its “harmless” based on open sexual attitudes (What are you, a prude? Are you jealous and possessive? Don’t you know that polyamory is what we were designed for?) It’s designed to suck you into Addiction Webbing and nonstop base instinct desire of the second chakra, so all that is craved is “plugging into” the next “outlet” or in its deeper levels - getting relief from addictive anxiety. The promiscuity design is to crash your human genetic code so you lose your “real” sense of divine human connection, which is the deep desire to be truly intimately connected and experienced as the divinity within. Unity Field intelligence (God force) is created between the male and female principle at highly developed consciousness frequency such as within the union between equals in Spiritual Marriage in No Time or Hieros Gamos. (This is what it is like on advanced planets. This is when unconditional love is shared in a safe emotional haven and the full transparency of trust to create divine union is made possible.) Most of us engaged in the sexual act forget that the human design to Ascend into God Source is a part of the union of equals existing in perfect love. We need to remember this again in order to heal ourselves and return true unity in spiritual marriage to the planet.

In order to separate humans from divine union, the NRG grid promotes disconnection through all means sexual, such as internet porn, the sexualization of inanimate objects and the belief the grass is always greener with another sexual partner. Once a person becomes addicted to the bait of this rapidly descending pathway, the architecture of this control system hooks into all of your lower centers to capture your vital force. When something vampirizes your vital force (sexual chakra) all you instinctively want is to get it back, so you seek the next “seduction” to vampirize someone or something else. Never succeeding in feeling satiated, you become addicted to all things external. The mind becomes fixated on latching into another outlet, sex, food, drugs, clothes, or any object or person. This is the definition of Mind Controllled Addiction. In its advanced stages the fixation becomes obsessive compulsive in order to relieve the discontent to the level of anxiety experienced, courtesy of the NRG grid.

As an example, the Asian grids are feeding “Princess Code” female principle distortions as well as “sexual robot” fantasies. Hello kitty products (princess code) and Anime cartoons (sexual robot) had extensive architecture powering into the NRG as a battery source. This means huge Asian populations are feeding distortions to power this NRG in the same way the reptilians are using, this does not mean these items in itself are “negative”. It means these items are being exploited into some massive deviation that is far from balanced and healthy to the human being who is unaware they are being negatively manipulated through these systems. 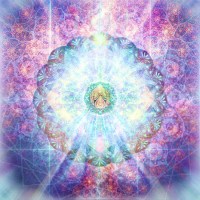