Something is decidedly amiss with the world we as human beings inhabit, and the vast majority of people are well aware of this. Over many years and particularly accelerated since the advent of the two World Wars, basic values and a simple way of being, living in harmony with others and with nature has all but been replaced with a model of seemingly endless consumerism, escalating conflicts and no apparent improvement to the circumstance of humanity as a collective body.

Almost everyone is aware of the enormous discrepancies in terms of material needs being met to sustain the physical embodiment and despite the enormous amounts of money raised and spent on improving the apparent ‘natural’ yet unfortunate situation of desperation experienced by so many people in this world no real change occurs. And yet it is not for want of generosity on the part of other human beings, each publicised crisis elicits a great monetary and otherwise material response.

Written and spoken language has been turned into something that makes no sense and so we have ‘humanitarian interventions’ with a military response and weaponry that leaves hundreds of thousands of people in areas of our planet dead or permanently maimed, genocide occurs in the name of the rights of one group over another, we have a war on drugs, we fight for peace or for justice, almost nothing is without positioning on one ‘side’ or other. How is it possible to ever bring balance to any situation where such polarisation exists, ‘I win’ and ‘you lose’? No one can be unaware of the extreme disproportion of the distribution of material resources among the populace of this planet.

Division is promoted whether through politics, religion, male and female, educated or without education, rich/poor, sane or insane, everything has its opposite to be exploited and played upon. People largely find themselves in groups that support by and large their view of life, whether it is a family, a company, a group of friends, supporters of a sports team, and so many other examples.  Divisive and separative, creating schism and thus alienation between people.

There is something buried around the Colorado to New Mexico area that will be revealed at some point. It has to do with an access point to a Orion stargate portal, as a remote controller that has ability to control stargate sites, this incites a big conflict going on in the New Mexico and Colorado area, the bases underground. This may reach a pinnacle. Another big area is China and Tibet where an inner plane battle is going on, the original exile of the human being, this was our planet and we were part of the magnetic essence that was aligned with core of this planet. During the course of warring dramas, we were invaded and exiled where Annunaki and various other reptilian groups intruded on the planet and stole everything as far as humanities birthright, resources, true histories, etc. This is still playing out today and no different than it was 75,000 years ago when they first came here. They use this program over and over again to control the consciousness, wiping our memory clean so we are complacent and do whatever they tell us to do which is what we are doing under their mind control.

China is a major area of the galactic center portal activation that "pings" through the core of the earth into New Mexico on the other side of the world. The major stargate portals that activate the galactic center (8th dimensional) is connected into Orion and is in Tibet area. The 8th root race is the Tibetan  Melchizedek tribes, the Tibetans were given the esoteric wisdom and keys that were the rod and staff for the Stargates into the Galactic Core, these were controlling and safeguarding stargate passages that were in Tibet in two places and a remote center in the oldest city of China, xian, china, where the terracotta armies were built underground.

In a sense, the pyramidal structures we see on the planet, that are the controlling factions where the top is controlling all the below at the base of the pyramid, this was going on in galactic planes and at the Multidimensional levels as well. As Above, So Below.  In terms of the holographic projected realities coming into the earth plane, the densification of our human being, in this level of matter, we have been emulated and replicated to turn into and become in the likeness of the Annunaki and the other controller forces. A Patriarchal Hive Mind that promotes world dominion through war and killing.  Who we have become in this 3rd dimensional timeline and how humans exist now, as a warring and hostile species, is the mirror of how they exist. We have become a sub-creation of them which has been projected into this density because humanity has forgotten who they really are. The intelligence of the soul matrix was used as a control mechanism through the fractured past-life (simultaneous time) memories. And now at this junction as we come into the great reveal, during the end cycle, we need to reframe ourselves as a multidimensional spiritual being, the inner light within us is holding the living god essence, period. Now that we are coming into contact with true source creator essence of the cosmic intelligence, the zero point field, this is why we have been creating “hub” handshakes via the creation of christ frequency orbital links. (The 12D shield link up)  We are linking up with our Star families, our spiritual lineages that exist outside of this universal time matrix, as we have been originated and created outside of this Universal system. 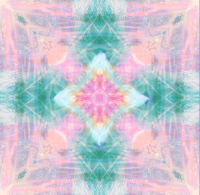