What is Service to Self?

In certain stages of newly developing consciousness, in order to promote the forward growth of the individual soul-spirit throughout many dimensionalized identities, the Service to Self or negative polarization is necessary and a natural part of the mechanics of creation when seeding a new race consciousness.(see Root Races)

However, what has happened on planet earth during this last dark cycle is not merely a Service to Self negative polarization of free will and chosen states of consciousness of the soul. Through Negative Aliens invasion of the planet earth through the genetic alteration of human and planetary DNA, installation of Alien Machinery to install frequency fences and NET, the NAA to implant humanity with Mind Control Alien Implants is a bio-warfare strategy to control the planet, humanity and the soul through directing Holographic Inserts which alter, modify and damage DNA.

What has occurred to humanity is not a simple result of choices made to Service to Self. The NAA objective is an intended annihilation of the human species original DNA and obliteration from existence by erasing the historical record from this Universe.

Altruism or Humanitarianism is the behavior of Service to Others that has a capacity to feel empathy and compassion for others and is aimed at benefiting another person, group or the planet. Egotism is a behavior that is acted out for personal gain or Service to Self. As the destructive habits of the Negative Egoform into entrained brain patterns of Narcissism, then potentially Psychopathy, the person digresses into primal behavior which has no experience of higher emotional states along with a Lack of Empathy and a lack of remorse. 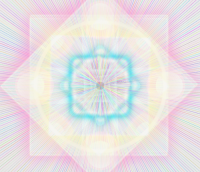 How Much are You Willing to Know?