What is the Negative Ego? 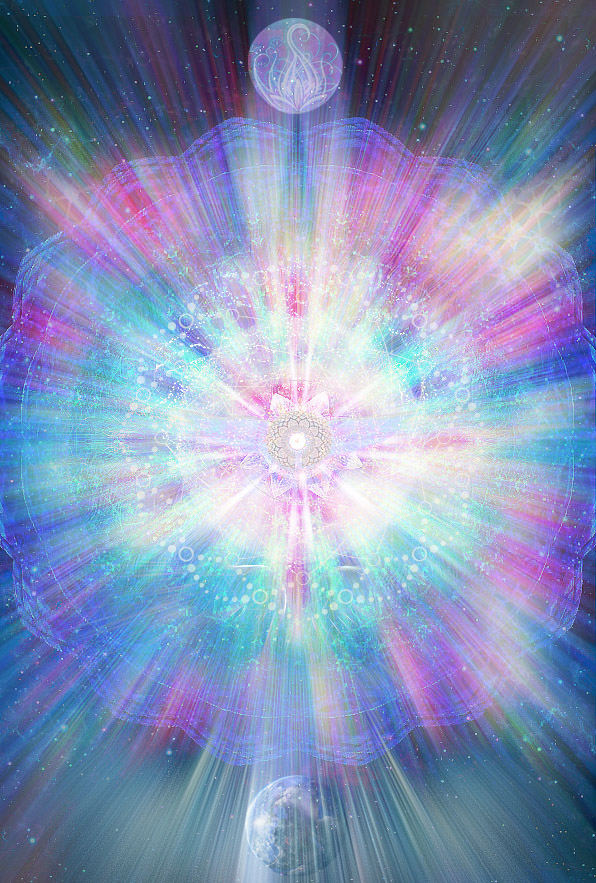 The conceit of egotism describes a person who acts to gain value for self serving motivation and taking in an excessive amount of resources than that which he or she gives back to others. Usually these are actions of taking in others energy, time and resources and is accompanied with very low ethical standards and displaying low moral character traits. This is also called Consumptive Modeling or energetic vampirism. Egotism may be fulfilled by exploiting the sympathy, trauma, emotion or ignorance of others, as well as utilizing coercive force, deception, manipulation, Mind Control and fraud. The egotist has an overwhelming sense of the centrality of the 'Me' operating in their personal qualities and personal identity. This is a person who can not be trusted as they will always manipulate the circumstances to Service to Self as their primary or only concern.

Without developing Self Awareness and ego discipline, the untamed Negative Ego is exploited by Mind Control and further develops itself into serious spiritual pathologies which lead to Narcissism and Psychopathy. Psychotronic Mind Control harnesses the lower vibratory frequencies that comprise the lower Three Layers of Ego for targeting Negative Ego and AD Behaviors in the population.

Unfortunately, we often are confused by what we perceive incorrectly through our own need to be okay through self-justification. We formulate these distortions as Ego Defense Mechanisms because we have not learned how to free the mind through the use of Negative Ego tools for self-exploration and deeper self-inquiry. As we learn to free our mind and love ourselves unconditionally, we know that we are okay without needing to self-justify. When we are free of our own need for self-justification, (by increasing our inner self-approval and self-love, no matter where we find ourselves) then we do not need to justify others or justify ourselves. We are then freed to be capable of unconditionally loving others no matter what they may be choosing to do in that moment. It is what it is in this moment. One has no control over others nor what others may think about them.

Ignorance is defined as that which is only identified with the material world and the use of external organs of perception.

To remain ignorant is a choice that many people make both consciously and unconsciously because they are afraid. Satanic forces as well as the NAA understand this Trauma behavior in humanity and exploit this weakness of “ego fear” aggressively. If the masses remain in Negative Ego fears, they will remain ignorant, therefore the masses are much easier to manipulate and Mind Control through chaos, fears, confusion and power conflicts.

This is the time to leave fear and leave ignorance of the Negative Ego thought patterns. What do you need to do now to remove fear from controlling you? Searching for spiritual knowledge, that which one’s inner soul and heart resonate is that which will lead us away from darkness, ignorance and suffering.

Yet the biggest impediment to all humans on the quest for spiritual truth and knowledge is unresolved ego fear, religious mind control and emotional immaturitybased on unhealed Trauma. If we are fear based and believe we are not worthy enough, we stunt our development thereby refusing access to deep self-knowledge. If we refuse to get out of the kiddie pool (the superficial levels of life interaction) mentally or emotionally, we remain too immature to grasp higher spiritual knowledge. This ignorance leaves most human beings dog paddling in circles through life, completely unable to make informed decisions about the future direction because they are being treated like farm animals by the Controllers. Self-awareness and spiritual knowledge ultimately reach the nexus point in one’s spiritual journey where the catalytic breakthrough beyond ignorance, beyond the Negative Ego is required to progress, evolve and be free. See GSF Behavior

Imposter Spirit is the Luciferian or Satanic Spirit which promotes false light authority and anti-life architecture through deception, lies of omission, manipulation with malice to promote intentional harm, death or destruction to serve its selfish personal agenda. These anti-life belief systems are the basis which forms the Negative Ego and was manifested out of the predator mind of the Orion Group.

The Predator Mind stays in its Superiority complex of the polarity while it projects inferiority on the targets of its submission and enslavement. This is the predictability of the Orion Group and their repeated use of the Controller archetype. To master the Negative Ego one will need to identify these inferior or superior thought forms and their archetypes and belief systems as they are acted upon, in order to shift and refocus negative thoughts back into neutral. This is the act of freeing your mind from being under Mind Control.

Do an inventory of personal thoughts and identify them as Inferior or Superior, or as love thoughts or fear thoughts. Make a choice right now which thoughts you want to own and those you want to discard. As a goal use the above spiritual self-centering model to keep your mind balanced and stay in centered loving and neutral thoughts. How long can you stay there in the center? Make it a goal to improve your ability to stay within the essence and energy of the keywords that maintain your spiritual center. Bring yourself back to center with breath, and applying neutral association to circumstances when you fall out of inner balance.

When you drop into either an Inferior or Superior thought-form immediately label it as Negative Ego and Dis-Identify with the thought as defining your value or true Christos nature. Do not let negative thoughts control you. Refocus and affirm the correct thought pattern.

The Psychic Self Defense Series continues with the exploration of the topic of Karmic Return. This Ascension cycle has much energy seeking balance and clearing, much of this is sourcing from ancestor lineage and other lifetime experiences. How does Karma make one feel psychically attacked? We will discuss more of karma and its effect upon us, especially now!

Many of the things that happen to people in their lives, which they may presume are attacks or bad luck, are in fact cycles of karma returning to be balanced. The basic law of karma states as what you sow is what you reap, what you put out comes back to you. This is the Universal Law of cause and effect. The interesting thing about Karma is that it extends over many lives. For a long time on Earth and due to the shortened life spans and the lack of awareness of humanity, karma tended to carry over into many future lives. This compounded the problem, as future selves were unaware of this carried-over karma and unwittingly added more. Many incarnates see themselves as 'victims' of whatever has transpired in their lives thinking they had done nothing to deserve bad luck or problems. In fact many of these events are simply lifetime lessons to achieve and gain more self mastery, self realization and soul growth. Many times the energies of karma are administered impersonally, as it is directly linked to the way natural laws of energy behave in that dimension and the human beings energy field of consciousness ( as incarnated) that houses every instruction set and soul agreement for that lifetime and the karmic influence of other lifetimes. By virtue of the simple mechanics of the operation of the dimensional laws, the human being is subject to those laws and plugged into that energy as soon as the body is birthed into physical manifestation at that level. That means the soul planned its incarnational karmic contracts and aspired to resolve and transcend that karmic instruction set in its lifetime for various purposes of evolution.