Wernicke's and Broca Area Of Brain

There are many different interrelationships between mind control programming used in both human and alien military technology of which the implants are used to stimulate and program thoughts into the Wernicke's and Broca area of the brain. The Wernicke's area is the part of the brain's function to comprehend speech sounds and language. So it is the Wernicke's area of the Brain that is implanted with recurring "voice recognition" negative talk and negative language by SPE's and other types of mind control implants. Many times Negative self talk and negative thought forms are programmed with "booby traps". These booby traps are a military tactic to self destruct the person through the use of extreme fears or intimidation, if they locate or remove the implant. As an example, in my experience with a client, when the SPE Archon was located and "recognized", the SPE created the thought form in the client, "Don't listen to this stupid bitch, she does not know what she is talking about.". The client was aware enough to realize that this was not his thought-form, and could feel the SPE when identified " pushing" negative thoughts to incite his inner rage and anger. Other mind controlled booby traps are programmed through the implant to incite or create harm in the person, such as the thoughtform, " If you do not do this ______ (insert "activity"), you will have a heart attack and die". Learning to observe and disarm the booby trap thought-form and then disarm and remove the source implant can occur when the Wernicke's area is cleared.

The Broca area is the area of the brain that causes actual verbal speech, so in advanced mind control and possession case, the human target will have implants programming his language comprehension center, ( pushing thoughts and perceived communication in the Wernicke's area) and then activate his speech center in the Broca area. This means the mind control target will "blurt out" speech and verbalization of what has been stimulated by the implant through the Broca area of the brain, through the Wernicke's harmful mind control command. This is an easy way to create automatons that do and say what you want them to.

Project MKUltra was the code name of a U.S. government covert research operation experimenting in the behavioral engineering of humans (mind control) through the CIA's Scientific Intelligence Division. The program began in the early 1950s, was officially sanctioned in 1953, was reduced in scope in 1964, further curtailed in 1967 and officially halted in 1973.The program engaged in many illegal activities;in particular it used unwitting U.S. and Canadian citizens as its test subjects, which led to controversy regarding its legitimacy. MKUltra involved the use of many methodologies to manipulate people's mental states and alter brain functions, including the surreptitious administration of drugs (especially LSD) and other chemicals,hypnosis, sensory deprivation, isolation, verbal and sexual abuse, as well as various forms of torture. 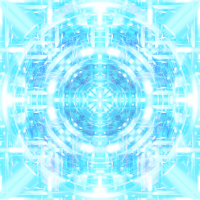