What is Mind Control?

What is 3D Mind Control? Misuse of Technology and Psycho-Spiritual Warfare

When one has control over the thoughts of one's mind, one has control over the direction and actions of the physical body, all of its parts and reclaiming of the soul energies. Whoever controls the Mind controls the Soul. Mind Control is used to form socially acceptable belief systems and shape value systems to which are used to control the masses to enslave themselves on planet earth. God, Religious Violence, gender issues, financial and debt enslavement, Consumptive Modeling, Misogyny and sexuality are the most mind controlled and manipulated belief systems promoted by the NAA and their human Power Elite to continue their enslavement and vampirism of humanity and planetary resources.

Most of the Negative Aliens and those humans serving the NAA are unable to feel, experience or express higher emotions, such as emotive and empathetic states of loving kindness or Compassion. Essentially, with a Lack of Empathy as an Archontic Deception value system, it is easy to Mind Control program killing machines that have no remorse for their actions nor care of the consequences to their actions. The Negative Aliens have downloaded their genetic mutations through Mind Control technologies which manifest as a severe Lack of Empathy within the collective consciousness of the human race, in order to control the planet to serve their agenda. A major control mechanism is to enforce the cycles of Victim-Victimizer archetypes into the collective consciousness and population of earth.

When a person is mentally and emotionally unstable they are more vulnerable to Dark Force Manipulation Methods and Possession. Mind control scripts and their string commands are being used to sweep and locate unstable people (such as severely wounded young males) to act out and spread this "program" to infect more people with a sick or imbalanced mental state. Large events of gatherings are a perfect terrain for executing these kinds of triggers into the field.

The Dead Light matrices also reflect the Artificially Bent Light “Holographic Inserts” (which contain the controlled versions of the nature of this reality, such as Crucifixion Implants) and these are also shattering and exploding systematically into the outer fields of the planet. These are false realities (artificial holographic inserts) that we have thought were “real” and then developed mental beliefs that held that specific version of reality and its Timelines kept in place. As these false realities are shattered into pieces (for those maintaining energetic balance in this explosive terrain), we can read the signature of those “Dead Light” pieces that reflect the nature of its disease and its schism. Holographic Inserts work as a mind control software program.

Also, the Victim-Victimizer mind control software program and its use from "predator forces" are utilized to enforce the enslavement of humanity through the patriarchal elitist programming by the False King of Tyranny. One may pay attention to the cycle the predator force uses the Victim-Victimizer software in controlling human beings to enforce their own enslavement and torture, such as through financial and debt enslavement to create poverty consciousness. It is a Mind Slide and or Holographic Insert program where human beings completely ignore unapproved "words", terms or issues that involve their enslavement or torture, even if they come face to face with it. If they do face it, the predator may threaten their life, their career, their family, through this software to influence public or group perception to incite persecution. This may happen when the person is aware he has been targeted for persecution, or the person is not aware at all that events are being influenced through this targeting software Alien Machinery. Spiritual Leaders and those making headway in certain "unapproved" areas of public discussion into media outlets, such as Extraterrestrials, UFO's, abduction cases, alien implants, the Satanic use of child sacrifice, pedophilia, vaccinations, chemtrails, alien hybridization, pharmaceutical control by altering DNA, breakaway civilizations and MILAB, Moloch insignia for SRA - are examples of who will be targeted for victimization, defamation and annihilation at multiple levels.

Further, a summation of how hidden technology is abused on planet earth to mind control the pubic without their informed consent or knowledge:

• Psycho-Tronic technology such as in EMF, Scalar Wave formats that have carrier waves of Thought Control programs or Specific Frequency to illicit an automatic Emotional or Addictive state in the human target. (Bio-Neurological targeting from human military or alien sources)

• All Mind Control Technology Ultimately Serves Reptilian Invasion Agenda. This is a Anti Human Agenda based in Patriarchal Domination to Enslavement through War and Misogyny programming.

• Most Mind Control Technology is harnessing the lower ULF conencted to 3D Levels of Intelligence. Understand this and you can transcend the Mind Control technology and reclaim Personal Sovereignty.

• How do we become FREE? One way is understanding your Lightbody's function and its Levels of Intelligence. Increases the Neural Net and Energy Receivers to perceive Multidimensionally. Discipline your mind and clear negative ego thoughtforms.

BEYOND MIND CONTROL YOU HAVE CHOICE.

EVERYTHING YOU NEED IS INSIDE YOU AND EVERY TOOL TO HELP YOU PRACTICE WHAT YOU KNOW IS HERE!

Why are 12 Levels of Intelligence and the 12 Tree Grid Important?

• To Discern which Thought Impulses source from Lower-Higher Self or Mind Control Agendas. Learn to be Psycho-Emotionally Balanced to create a Centered Spiritual Self that connects into neutral (Zero Point) frequencies.

• To comprehend the Insidious Nature of  Mind Control used in this 3D Realm.

• Allows a Road Map to clear  Negative Ego Impulses and develop Immunity to Thought Control and stop Automaton Behaviors. These are high risk for Possesion.

• To Discern Emotional Manipulation at the many levels its perpetrated in your life and be free of its impact upon you.

• To Claim 100% Responsibility for your Thoughts and Emotional States through Personal Self Containment and Inner Sustainability.

• This develops your Inner Personal Power to Command Dominion within Your Personal Space.

Therefore you cannot be mind controlled and can increase higher sensory perception and energetic discernment. 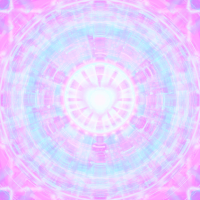