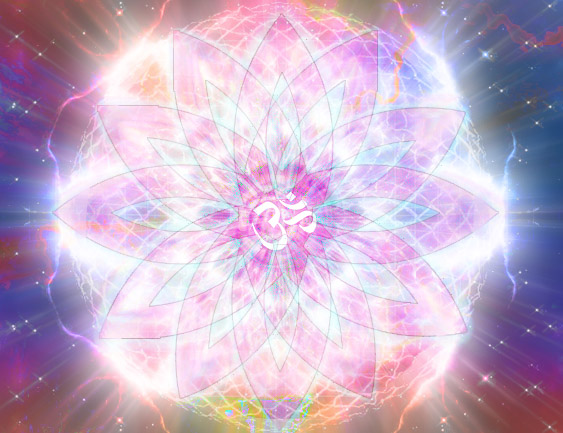 Happy Holidays to ALL! During this end evolution cycle that leads into the current Ascension timeline, many different variations of soul-spirit consciousness from a vast array of planets, galaxies and universes have joined the reincarnation cycle on 3D planet earth. Some are biologically organic future humans while others are not; yet, all have come in order to experience the shifting consciousness fields on the 3D planet earth at this end cycle. These particular groups of soul-spirit beings that have incarnated in a 3D human body are referred to as Starseeds. Even though Starseeds hold more genetic memory from these future stations of identity, All is One and valued in its connection to the Eternal Source Creator. Starseeds have specific roles and a humanitarian spiritual mission to help free the planetary soul from spiritual and energetic oppression enforced by the NAA through the False Father God Religions. This is to elevate and change destructive timelines through genetic rehabilitation and erase negative alien mind control software programs. These software program “religions” were put in place by the patriarchal dominate negative aliens in order to be worshipped as Gods and easily enforce the enslavement of the planetary population.

Starseeds entered this planetary consciousness body to experience reincarnation and activate their spiritual mission for a wide variety of reasons and interests. The primary goal was to re-establish the potential freedom from forced reincarnation through the restoration of the Cosmic Sovereign Law of One through the reclamation of the Christos body template. In order to do so the Negative Alien Agenda of planetary domination, enslavement, hybridization and abduction would have to be eventually revealed to humanity. However, the extraterrestrial agenda and the history of extraterrestrial genetic influence in both every day human events and the many historical records have been extinguished in every way possible. Both benevolent and malevolent extraterrestrials have been involved with this planet for millions of years, and they have never left this planet. This was known on planet until the last 5,500 years, when most of this knowledge and its written history were destroyed. Only the reptilian bloodline manipulated humans were given this knowledge in secret to maintain their position for power and control. They are ultimately puppets for off planet Controllers that sold out the human race. History is re-written by the victor of war, and hence, the real extraterrestrial agenda is hidden while a false record of human history is put into its place.

Many Starseeds were aware of a psycho-spiritual warfare between extraterrestrial races and came to this planet as embodied human intelligence portals to feed back to the overall group effort in its reconnaissance mission back to their home planet or Universe. However when most got here, they were subjected to the many alien implants, mind control systems, dark infiltration and victim/victimizer software like all human beings. For those reasons many still remain asleep or subverted to the fact of their real spiritual mission and consciousness.

However, it has been generally understood that during the end cycle the Neutron Window is opening between this third dimensional planet earth which intersects with the Universal Transharmonic gateways. The Trans-gate timelines are that which allow these Starseeds to reconnect and return to their home frequency after this “tour of duty”.

For Starseeds, this lifetime is a recon mission that was required to gather the intel required to comprehend the levels of genetic damage, the source of planetary invasion, the identity of the main intruder races, and attempt to offer sovereignty and freedom to the souls which had been enslaved, abused and entrapped in repeated reincarnation cycles.

Many Starseeds have come to this planet to research, collect intel to source hybridization agendas and observe the alien abduction and contactee phenomena on planet. In most all cases the direct abduction or contact experience is required in order to collect the information and return it back through the Neutron Window to the Guardian Krystal Host races. The Krystal Star family is a Guardian race that has intervened with this planet to help heal and free the soul entrapment and bodily imprisonment the N.A.A. have extracted upon the human population of earth.

The source code or unity intelligence field is a Krystal Star (Christos Consciousness) hub accessed through the merging of manifested bodies holding trinity wave formats that connect directly into the Eternal Source light (Godhead). The three sound-wave-tone parts when merged into internal energetic balance become designed as one component that access directly into the feedback loop exchanging with the Eternal source supply. This exchange with the godhead is the principle of Christos, an inner sustained eternal source light which signals the end of vampirism or consumptive modeling on planet. This is what it means that the Godhead cannot be reached by anything but the Christos Consciousness (Krystal Star Tones), although this process of unifying consciousness with the Godhead is known by different names.

The Krystal/Christos architecture is that which allows the synchronic phasing of inner/outer/inbetween currents of energy to be inhaled and exhaled circulating the eternal life spark of creation throughout the entire organism.

This trinity principle is the original holographic architecture of the microcosm to macrocosm, planetary, human and all of universal creation. Our bodies and souls were not created by Reptilian Anunnaki or other E.T. False Father Gods; we were modified and hybridized to suit their various domination agendas through hybridization. The Christos template is designed as a unity form of embodiment, thus all architecture, patterns and 12D code must be embodied as a trinity wave to return the Christos to the earth. The original source code of one component cannot work without the other three parts unified together. Hence we have existed on 3D earth in a separated state, governed by the tyranny of the False Father Gods, only allowed to experience within a partial component of the entirety of our existence. The Holy Mother, the Holy Father and the Holy Son (Christos) are all One as the Godhead; however the Mother principle is not the Father principle, nor the Son. There is an energy matrix comprised of frequency that is a trinity wave tone, this tone is inter-dimensional and also a part of the core substance of our Universal matrix. Up until recently this planet (consciousness) was separated from the merge between all of its creational components. Now that our Mother principle component has returned, this is the unique process and massive transformation an ascending group of humans begin as potential planetary Christos consciousness.

Many of us as Starseeds are the Ascension blueprint prototypes to embody this source code energy into the physical realm, and we have begun the alchemical process to become the “house where Christos dwells”. The Spring Equinox will activate this Inner Christos embodiment potential for more of us in the Starseed family. This cycle will be a rebirth for the masculine principle.

"Every gun that is made, every warship launched, every rocket fired, signifies in the final sense a theft from those who hunger and are not fed, those who are cold and are not clothed."~Dwight D. Eisenhower