What is Astral Bliss? 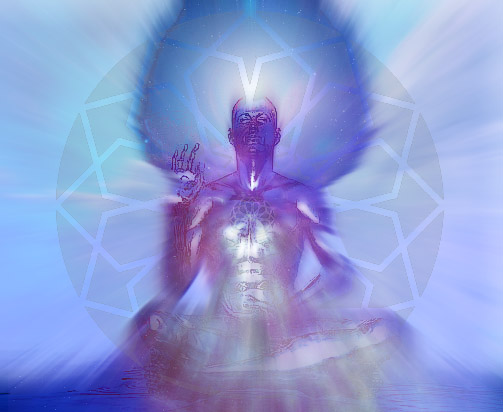 What is the New Age Astral Bliss?

What I have observed is that when the soul-spirit is wounded, people lose their deeper emotional sensory ability, thus, many of these people become buried in subconscious pain that they may refuse to face or deal with in the material reality. As a result of pain body avoidance, their body’s inner child defense mechanism will split itself in the personality layers which creates walls of separation. That wall exists as a blockage in their emotional body, and this prevents their ability to feel or sense deeply, only the surface instinctual emotions will be experienced and to which are confused as "love". This kind of instinctual feeling of love or bliss has an attachment of addictive like reactions. Most people do not realize to access true love, one must access truth, the ability to see the actual reality as it is in the moment. So if someone refuses to deal with pain or fear, they are blocked from seeing the light of truth, and they create a reality bubble of fantasy as an type of escape mechanism for the inner child.

Some of the New Age material has promoted horrifying damage to people this way. There is a delusional psychosis that is spread and promoted to shape and reinforce very bad behavior as acceptable behavior in some of the New Age circles. This New Age hijack is what has been created in groups who refuse to grow up to be accountable for ethical behaviors and be responsible for their life, thus, evolving into spiritual maturity.

I observe too many people having delusional fantasies and believing these delusions to be actual truth, as they cannot tell which reality they are in. When one is emotionally imbalanced and weak minded it is much easier to be mind controlled and disoriented from physical and concrete facts staring one in the face. When a person is confused they cannot tell what they are looking at, and they are unable to discern if they are being inserted with interference messaging to manipulate visions. The NAA groups are excellent at this, we have talked a lot about it in the community.  Some of those methods of manipulation have been discussed in the Ascension Glossary:

One of the most appealing ways the NAA has found to manipulate the New Age, is to promote the states of Astral bliss of which many people line up like astral junkies to get a hit of false love while participating in these groups. There is a dark addictive state of Astral bliss which is a type of escapist fantasy some people connect to while in the New Age groups.

This should not be confused with the genuine state of God-Love-Bliss that arises from our direct communion with God and Christ.

To have better discernment, the experience of New Age Astral bliss has a profile that may look like:

All of the above are stages of astral exploration and a normal process of soul evolution. The problem happens when the person refuses to grow out or evolve from this lower state. This is the general state of what the New Age circles have created, there is no ego clearing, people are emotionally wounded and stunted and as a result, lack the higher stages of spiritual integration. People get stuck in the astral.

There are many mastery levels of the Spirits and Virtues of God which result in stages of mastery with certain embodied levels of consciousness experience, and one of those experiences is Bliss. This is an organic and natural result from the acquiring of spiritual virtues and spiritual ethics that result in the state of achieving God-Love-Bliss.

Higher bliss states are very much what has been discussed previously with developing Krystic attributes, and include a natural expansion of virtues that are spiritual forces in nature. The profile for higher God-Love- Bliss states achieved in sacred marriage with God are:

Once one is no longer identified with anything, then higher bliss (God-Love-Bliss) will begin to manifest and the lower astral states of ecstatic bliss cease to exist anymore. Higher bliss is experienced in silence and peace, it goes way beyond astral like states of ecstasy. Higher bliss is a state of inner silence and stillness that is stable and unchanging. Once God-Love-Bliss is reached, the state just goes on and on in the same peaceful way.

I hope this is helpful to increase higher discernment as the state of being and the definition of the word Bliss can be very confusing. The states of Astral bliss generally promoted in the New Age have nothing to do with the state of God-Love-Bliss achieved in the natural communion with God. Astral Bliss is an addictive substance that is sourced from the false light in the NAA’s false ascension matrix.

"Nearly all men can stand adversity, but if you want to test a man's character, give him power." ~Abraham Lincoln