Any group of people will display confirmation bias when the impact of acquiring new knowledge, new sentience will create drastic changes around emotionally charged issues and in deeply entrenched beliefs. If we have the technology to stop fossil fuels today, what would happen to the many billionaire oil corporations, stockholders, politicians and the gas companies worldwide? None of these billionaires want to address that fact, and so the wars move on, and all the power elite still rake in their revenues. What if people realized that their False Father God in Religion is really an greedy alien masked as a Supreme Being? This truth can be devastating to someone who has based their entire sense of self and identity on pleasing their alien gods.

We have similar issues here in educating people about Ascension, World Humanism and Expanding Consciousness. People tend to interpret ambiguous evidence to support their existing position to defend their belief systems that their mind is most comfortable with. Rather than knowing the truth and considering evidence, when people are in mind slides and fear based bias, they may aggressively attack others when feeling their beliefs are threatened. Generally, this is the ego taking a position personally and brandishing its sword to defend its personal beliefs, whether accurate, true or not. People that identify with an ego position feel personally attacked even when it has nothing to do with them as a person. Many times the core reason is that if they learn the truth, they will have to change their lifestyle or end relationships, and they do not want to go through the discomfort of having to make core changes in themselves. Learning about the truth will dismantle the ego and shatter delusions and fantasies that a person may have. Also, many people equate their self-worth with their belief system, so when their beliefs are challenged, they feel it is a personal affront to them. This perilous ego trap is what keeps people unable to open healthy dialogues to discuss differing perspectives, yet treat each other with mutual respect. This keeps the human race playing out the archetypes of drama in the victim and victimizer roles interchangeably to maintain their confirmation bias. This is the Archontic Deception Strategy of mind control into mass confirmation bias, to believe what you are told and not ask questions. Further, if a person or group does not agree with your personal beliefs, that person is made unconsciously or consciously an enemy. In extremist beliefs, the violent thoughts shaped are that those people who do not agree with you need to be exterminated. These are extremely dangerous ways of thinking that are clearly visible in the Middle East. When people are confused, fearful and blame or victimize another group of humans for their oppression, peaceful and open dialogues will never happen. It’s a roadblock that is placed in every direction of productive communication between groups of people.

Those of us on the expanding consciousness path of Ascension must be aware to always question beliefs and confirm our own direct experiences staying clear of confirmation bias because we may feel afraid of the consequences. We can be afraid to put our neck out when we know our perspective and experiences are not in the mainstream or socially accepted points of view.

Selfish Tyrants intimidate others to keep control while Compassionate Leaders serve the vision for the highest potential for all. Together, we must stand in our truth, be true to our heart while developing clear humanitarian ethics and strength in the development of our personal character, the best way we are capable to stay awake. We can open dialogues to honestly discuss perspectives and weigh in opinion without using that belief system to judge or condemn others. When we share perspectives and collective experiences, we learn from them and glean higher knowledge. We realize that another person in another culture that seemed so different and strange to us, is really not so different from us after all. That’s what opening dialogue does, we realize we are not alone, and we are not isolated, that we are a part of the entire human race. No matter who you are, or what culture you were raised, what language you may speak, all humans know pain, fear, rejection, trauma, inadequacy, feeling unloved, alone or abandoned. We also may know feelings of higher emotional states, although most of the earth population of earth does not know how to genuinely express them.

This is the concept of an open information society, a society that shares information freely and without consequences, allowing its people to empower themselves by having access to knowledge. Knowledge allows people to make informed decisions that are based on having larger perspectives of experience available. The process of Ascension is related to the spiritual battle for an open society with free information, that is available to all people, without prejudice, and is a cornerstone of Christ Consciousness.

To open healthy dialogues based on mutual respect for all people and cultures, we must train ourselves to learn about practicing Compassion, if this quality of loving kindness is not naturally present. Compassion is an important facet required to continually Expand Consciousness; we must be willing to expand beyond our current beliefs without fear in order to experience our greater connection with energy and all of life that is fully sentient. If we remain mentally closed, rigid and inflexible, wallowing in the pain of our private vices, refusing to adapt to required changes, we constrict energy and wither away. Compassion expands our heart, expands our intelligent energy, expands our sentience and allows us to perceive the holistic parts that interconnect into the Whole.

This includes a much larger part of the collective consciousness that holds levels of intelligent energy, hidden memories and knowledge. Compassion is the key ingredient to developing human potential, accessing higher knowledge, experiencing higher sentience and feeling benevolence towards all of life. We must practice compassion to expand consciousness and help to reshape ourselves to be more tolerant of differences and focus on collective humanity. As we hold value for life and for human beings, we are given the tools of unification which help to change the secrecy of the elitism that manipulates the power inherently controlling the world organizations.

To begin to comprehend the nature of Consciousness, and to directly experience Expanding Consciousness through increasing personal frequency, one must go beyond flat linear thinking, thought addiction and stop accepting everything that they have been told by other people as fact and truth. Each of us has to do our own self inquiry and due diligence, to look beyond the façade and commercials to see what the driving force is behind those pretty advertised pictures. Our world is a façade of marketing, advertising and creating consumers by projecting fantasies of pretty pictures that are hiding the true story of multinational corporations making money.  The public has been lied to repeatedly about the true motivation behind many world events that are used to continually steal energy resources through the bait and switch of marketing public opinion. Stealing energy is also directly related to the theft of consciousness. Tyrants wreak havoc on the population through oppression, taking away fundamental human needs to enforce fears of survival while promoting genocide and war to feed the pillars of society that continually enforce anti human belief systems.

One cannot evolve beyond these forces of tyranny and the current state of planetary issues, the crimes committed against humanity, without accessing the higher consciousness and accessing the higher sentience of the intelligent spiritual bodies. If one seeks to improve the world, the requirement is to improve one's consciousness in order to experience higher sentience and connection with life. As consciousness expands, so does the practice of compassionate actions which saturate our behaviors and actions, which ripple out energetic effects into the world.

During the Ascension cycle, sensing of otherworldly energies and beings is a fact and it happens every day. However, since people are not given context for this multidimensional awareness that is coming online now, (higher sensory perception, intuition, telepathy, etc.) they are potentially persecuted or medically diagnosed. The freedom which allows human consciousness expansion to happen naturally on this planet is not as it should be.  This is one method to suppress consciousness on earth through persecution and by rejecting it as a natural biological process of human evolution. Becoming educated about Ascension, Consciousness functions as multidimensional awareness and the shift to World Humanism, (while committing to expand one's personal consciousness and sentience), is one of the most effective actions any person can take for the self and for the planet. This willingness to learn better ways to live and make change possible, is what helps to erode the grip that mass confirmation bias has on the minds of human beings.

"I slept and dreamt that life was joy. I awoke and saw that life was service. I acted and behold, service was joy” ~Rabindranath Tagore 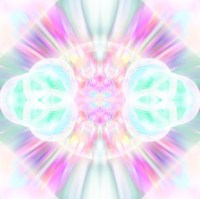