Cosmic Clock of the Aeons 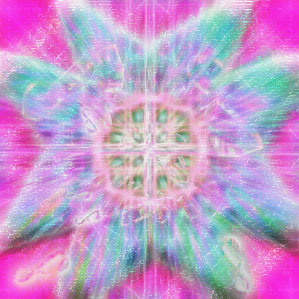 The Universal Founders transmit through Ursa Major in which its seven stars merge with its counterpart, the seven sister stars in the Pleiades creating a cosmic blueprint of the Aeonic Pairing in the heavens. Together, they represent the active principle of the heavenly masculine and the receptive principle of the heavenly feminine uniting through their shared constellation which allows connection directly into the Cosmic Spiritual Sun. As this Cosmic Triad completes, the Heavenly Father, the Heavenly Mother unites with their Cosmic Spiritual Sun. To which this heavenly marriage heralds the birth of an entirely new creation of Suns and Sacred planets while nurturing the Christos-Sophianic child on the earth. This Aeonic Pair, Christos-Sophia, in their hierogamic union represent perfect balance between the masculine and feminine principle (hermaphroditic being).

This cosmic shift in the Solar System is being synchronized into a new Aeon. This new Aeon is equal to a new measurement in cosmic time as well as the creation of a new cosmic entity. The new Aeon describes the horizontal measurement of time as having been adjusted by the cosmic clock, by the hand of God.

The Aeons are always born in male-female pairs, each of which is in itself a divine principle, yet, at the same time represent one aspect of the Godhead. These Aeonic pairs comprise the totality of the Godhead as the two divine principles which merge and unite as the third principle, becoming the Three in One. This heavenly prototype must be embodied, as above, so below, and will come to be the spiritual embodiment process of the ascending human experience. The spiritual completion which unites the Aeonic pair is the resulting state of Krystal “hierogamic union” or sacred marriage between the male and female principle with the Godhead. The stairway to heaven through the Krystal Star is embodied through inner and outer sacred marriage, in alignment to these heavenly prototypes, which will continually advance upon the earth.

Those moving onto the ascending timeline will experience a more intensely amplified awakening experience as they directly connect into the new phases of the Galactic Zodiac, a 13 constellation Universal Time calendar.

Multiplication is the alchemical process which greatly increases the concentrated refinement, energetic effectiveness and sphere of influence of the embodied biological spiritual light source. The blood is purified of karmic record and spiritualized in chemistry creating spiritual virtues. It occurs near the end of the magnum opus of our spiritual ascension alchemy. This is the symbolic state of which Christ is able to take any base substance and multiply it into many fish and bread loaves to bless the hungry. Through the access of pure embodied spiritual essence, the abundance of the spiritual light flows in and blesses the environment from the beacon of a Krystal body. It multiplies abundance and blessing for those who come in contact with it, as well as the being who embodies its source. This is about serving the group consciousness highest expression of spiritual ascension for all human beings. In traditional alchemy this is the turning of base metal into gold and silver. This is similar as to what happens to the lightbody.

Time and space is being reorganized as these alchemical principles activate and transmit their stellar intelligence from the Galactic and Universal planes into the planetary body. This resets the planetary clock shield networks to synchronize to the consciousness blueprint of the Cosmic Clock or Universal Time Calendar. Consciousness evolution throughout Time and Space is organized through Universal quantum mechanics which obey multiple instruction sets (morphogenetic fields).

These instructional fields are an architecture which is made upon the many frequency waves of dimensional layers that exist within the holographic blueprint matrices. The instruction sets can be inserted artificially in a person or object to bend the laws of time and space, or remain in the original template design. An artificial design to bend the law would be the example of an alien implant that changes the instruction set to artificial intelligence. The original instruction set (blueprint) of our DNA is a lattice of pure liquid crystal, an ideal transmitter and receiver of energetic resonance, inter-communication and perceiving a variety of levels of organic consciousness. The original instruction set is what connects our consciousness to experience the God Source levels of our Personal Christ Consciousness.

What identity we experience as self-consciousness, is a spiritual blueprint that contains intelligent spectrums of frequency which are located at a fixed point in time and space. That position in the field is governed by the laws of the body-form we inhabit, and where our consciousness is capable in that moment to self-realize and awaken to that part of our existence. As we awaken into higher consciousness and access more increments of our spiritual-energetic blueprint, we continually move our frequency location forward through time. We have many different identities located in many different stations of time simultaneously. Every person on earth exists at a different frequency location in time, and their location shifts while integrating their ascending consciousness. These group identities in time and their locations could be called the Families of the Soul, Monad and the Personal Christ selves.

At this time our planet and group identities stationed in time are undergoing stages of the reconfiguration of the 7th Violet Ray within our physical body, spiritual bodies and other matter life forms that have been impacted by planetary crucifixion and the fall of humankind. This is effectively the Great Remembering of the timelines, thus the witnessing, release and erasure of the memories of death through blood sacrifice and spiritual vampirism from the past, present and future timelines. For those still asleep, they may play out these timelines again which are impulsed from these previous collective consciousness memories.

With the latest transmission of Galactic Law, the planet is intersecting with the Hyperborean timelines in the 7th dimension which are the original histories of humanities fall from the Edenic state. Aeonic Pairs are being taken out of the dimensional door of Transtime continuum (TTC) to experience the infinite space of God Worlds, to bring back that memory into this density. This disrupts the False King of Tyranny and the NAA Military timelines, their Looking Glass technology that has used soul capture technology to create clones, and process soul imaging on other synthetic timelines/dimensions. The seeds of this root race trauma in Hyperborea are used to enslave humanity in holocaust timelines, as evidenced by the Nordic Aliens manipulation and control of the Nazi regime with Hitler’s obsession with Hyperborea. Hyperborean is for some, a piece of monadic history connected in the northern areas of Scotland, and in the Ionian Sea between Greece and Italy. Reclaiming memories and clearing the pain of the Hyperborean timelines may be productive now.

(Source: Spiritual Sun behind the Sun, Deconstruction of the Cross, February 2015 Q&A)