Humanity was largely conditioned to accept violent religion and forms of brainwashing by corrupted religious and governmental authorities to prepare human beings to submit to alien false gods and dark forces. Through the use of enforcing bullying, threats and intimidation over many generations, humans came to accept violence and blood sacrifice as directed by Gods will. Humanity also accepted stupefying levels of persecution, degradation, and discrimination through being shamed, humiliated and beaten down, to believe they are not worthy of receiving spiritual knowledge or truth, and required an appointed holy intermediary. This appointed intermediary is the controlled by the alien false father god, which hijacked the direct relationship to the creative forces and elemental spirits of the earth, as well as interfered with the inner spirit and evolution of the human being.

This is why most all spiritual knowledge on this earth is demonized as the work of Satan, and is filled with rumors and malicious gossip in order to further manipulate fear and confusion in the masses. As long as humans are being terrorized by the concept of gaining spiritual knowledge and truth, they will continue to flee in fear from accessing that knowledge. Knowledge is power and is why the NAA prevents knowledge from being made available to all people. All levels of accessing open source information, knowledge and education in the global population is under direct attack to keep it suppressed or under control on the planet. This is the NAA directing this from their top-down chain of command into their human Power Elite representatives. This is why we must make an effort to educate ourselves about the larger control agendas playing out on the earth at this time.

Satanic forces have spread aggressively on the earth through the Archontic Deception Strategy and through this, they have commandeered control over many of the earthly material structures. This has happened largely because this agenda to suppress knowledge of what is happening remains hidden through many deceptions and lies, and humans are unaware that they have been allowing it to happen. It is important to remember that Satanic and Luciferian forces and their hierarchies are nothing more than parasites. They need this creation to exist and they exalt themselves in their parasitism with their attempts to control and possess humanity and the earth. These Imposters inherently hate humans and desire to spread agony and misery, as they feed on human pain. As we free our mind from fear based mind control and stop giving our power away to alien gods, we must remember this important point as a part of developing our spiritual strength and inner purity. As spiritually mature humans, we have to rise from the invaders terrorist ideology of human persecution and fear, to come to know that we are divine humans connected to eternal truth and eternal light through the God self within.

Humanity holds the power of that truth spirit of God inside each of us. Each person must claim this truth and never let it go or give it up to anything or anyone. The truth spirit has the power to liberate these Fallen Angelics, earthly forces, and Imposter forces from their bondage to the prison wardens, the Satanist and Luciferian forces.

The earthly elements and their symbols have been demonized and abused as a part of the persecution of human beings, to live in terror of retribution from their false Alien Gods, who will torment them for accessing spiritual knowledge. This is a tactic to keep human beings terrorized to prevent them from accessing spiritual knowledge about their own spiritual bodies, which prevents people from expanding their consciousness and evolving. Well-meaning people start spouting judgments designed to self-enforce ignorance such as; this symbol is dark, this element is corrupt, this content is satanic, this person is evil. Many people have not the foggiest clue what they are actually speaking about and may be repeating something they heard without researching the facts. Some dark force has fed it into their ego mind to repeat verbatim, which is the alien religion script for mind control and keeping people in the cycle of dark ignorance.  The dark forces want to create as many martyrs and victims on the earth as possible. It's the mind slide that tells a human "you are not worthy to access this spiritual knowledge, you peon, so stay away from that spiritual information, you must submit to my tyranny of ignorance and authority without questioning."

We must dispel these grave inaccuracies and dispel the dark ignorance of fear that is spread by well meaning, yet spiritually uninformed or fear based egoic people. One will never assess wisdom and clarity with accuracy, until they are free of fear and fully committed to their spiritual truth, while allowing others at the same time to live in their spiritual truth. Spiritual Truth is ultimately fearless and harmless. One can always speak the truth without repercussion or harm, to a person who is really living in the truth.

Since late 2012, the human body is more vulnerable to being used as a potential dark portal, as the person becomes consubstantial to the collective human forces of negative ego, represented by the Satanic or dark forces of those hierarchies. Additionally, this is exacerbated from alterations in the magnetic and gravitational fields of the earth, which result in dissolution of certain dimensional membranes. Essentially, what used to be several separated fish tanks have consolidated into one vast fish tank, where all the contents are now shared and swimming together freely. This has both positive impacts and negative impacts to those unprepared to deal with the new varieties of subtle forces entering into their personal reality from the earth realms.

If a person fixates on certain qualities of the houses of ego and they succumb to the obsessions that feed into those negative forces, they are easily possessed by that primary thought form. Later on, the negative thought form may progress to the level of possession, specific to the fallen angelic or the spiritual hierarchy it represents. These are the main qualities of the Negative Ego that are used for dark portal possession by these Fallen Angelic and Dark Force Hierarchies:

Avoid playing out these negative emotions and behaviors, do whatever you can to clear and cure yourself of indulging in obsessing in any of these spiritually abusive behaviors. Fallen Angelics are a part of the Imposter Spirits that comprise these collective forces into its energetic theme. They may have been either human or non-human, can comprise those separated from their souls, or discarnate spirits which have never inhabited a human body. Demons may be regarded as material corporeal beings, as they are lower spirit beings, which are not inspirited by the breath of God, and cannot exist in the higher celestial realms. Humans and nonhumans can conjure these earthly spirits and then become possessed by them and their material or negative nature, especially if they are not mentally clear, emotionally balanced or coherent.  If these dark forces are not evicted or corrected for their access to manipulate your body, mind and consciousness, they eventually bring confusion, agony and misery to the human being.

Humans that have not developed strong impulse control and have not cleared negative ego automatic thoughts are at higher risk for being used as a dark portal, when they go unconscious. This can be remedied through consistent meditation, prayer and self-inquiry to remain in present time as the conscious observer or witness to events. As extensions of the Cosmic Christ spiritual hierarchy, we hope to emphasize clearly the vulnerabilities and weakness that exist in adults and children so we can help to inform others, when we are asked for help.

It is important to comprehend the stronger and more coherent one’s auric field and the more self-awareness that you have, the less exposure you will have to all of these vulnerabilities and risks to negative energy. The goal is to focus time and attention on developing your spiritual body and to work your meditation tools to build energy, strengthen your energy body, and stop energy leakages, with directed single-mindedness.

For purposes relating to taking back control over one's own mind, body and spiritual consciousness, from those humans and negative forces who have abused the Law of Structure on this planetary body, we are discussing the foundation of the Law of One to be of Service to Others, and it's critical importance for increasing spiritual strength and energetic protection in chaotic fields.

What we hold as our intention in our personal thoughts, is what we hold as our Consent towards that thought-form and its vibrational quality and force, as well as the energetic consequence of the thought-form substance we have created which impacts the self and others. What we think is what we create through our Intent, Consent and Structure. If we learn to reframe our thoughts to Service to Others and devote ourselves to developing Law of One behaviors and actions in our life, we will become aligned to the authority of Christ Consciousness, which will protect us from dark force infiltration. The Law of One is the Universal Truth that All Is One. Thus, one who practices this understanding of the Law of One acts and makes decisions based upon his or her awareness that every action has a consequence to the self and to others. Furthermore, one who exemplifies the Law of One understands that when one person suffers, all people suffer (whether they realize it or not). As the One Self-God Self, to be in “Compassion in Action” towards others is then to be in harmony and right relationship to Self, which is the ultimate spiritual strength as one holds peace with all things.

The Basic principles of Service to Others include:

• Individuals perceive the connection of love in all things and give unconditional love and compassion towards others,

• Individuals share information and knowledge with others as open source in unified cooperation,

• Individuals have a complete lack of concern for satisfying their materialistic ego needs or satisfying drives of the houses of ego,

• Individuals acknowledge that every person is a spiritual being on their own personal path of spiritual growth and discovery,

• Individuals are committed to experiencing a shared positive reality of World Humanism with others on the Earth.

It is very clear to most of us that we are a part of something humongous happening on planet Earth. The Ascension impacts everyone and has personal implications that hold different meanings that are very intimate to each person. Connecting with your Soul, connecting with God Source is very personal. As a part of the human race we all know what it means to suffer horribly in pain and feel completely alone in the darkness. As we endure this Ascension Cycle, remember, it is about Kindness Above All. Honor where you are at in your growth process, take the time that you need, and allow yourself the space to heal and find the kindness for yourself. As you strengthen your core and can expand your sphere of influence, then practice random acts of kindness towards others. One second of criticism, sarcasm, belittling, or hateful words can mar and scar a child or any person for life. One second of kindness can elevate that child or person to accomplish greatness that allows them to find and connect with their soul. The Soul is Kind and Loving. God is Kind and Loving.

(Newsletter : Portals of Consciousness, Ascension Glossary: Law of One) 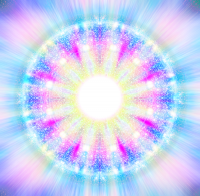