Many people that are direct Abductee-Experiencers have reported differently appearing types of Grey Aliens, in similar appearing bodies of different sizes for over the past 100 years. Aleister Crowley is a key figure in cooperating with the NAA, starting from Grey Alien contact made in Cairo, Egypt in April 1904. An Annunaki in a Grey Alien body named Aiwass, transmitted and implanted him with "Book of the Law" which is the central sacred text of Thelema, that was written down from dictation given from the entity. The Greys have skin colors ranging from light gray to dark gray; dark bluish gray to steel gray; as well as skin tones in the tan to brown range. Despite their different skin tones, with the exception of their heights, their overall physiology is similar and they are normally categorized according to their height and observed hierarchical status relating to their behavior, and the tasks they are seen performing during the procedural processes that are carried out on Abductee-Experiencers. Greys are telepathic and use mind to mind melding techniques through strong thought projection made through the eyes to connect an optic nerve communication method. This form of mental telepathy and psychic power directed via thought is called Psionics.

Psionic abilities are common in more advanced extradimensional entities or Negative Aliens, who use this to their advantage to control humanity. We must remember that some species of the Greys, Annunaki and Draco are multiple thousands of years old, in which that accumulated experience through many timelines in the same body, has allowed them to highly develop their mental capacity and psionic ability. If humans on earth lived that long, we would have the same psionic abilities, naturally. This gives insight to why earth humans live an average of 70 years, while many of the Negative Aliens, who suck the energy off living systems, live multiple thousands of years, giving them the advantage of having retained their full memories and consciousness experiences.

Some examples of Psionic abilities:

These satanic entities are the creators of many common Alien Implants used to make humans docile or place them under an assortment of anti-human mind control belief systems, thus they enhance telepathic communication with the use of neural implants placed in the subject. This is to groom their human target for gaining absolute control over their body.  Through the satanic agenda of spreading alien implants and mind controlled belief systems, we see the promotion of multiple species hybridization and synthetic integration with artificial neural networks for control over the human CNS and brain.  The NAA and their minions of soulless AI infected synthetic beings do not have the organic bio-circuitry, such as for emotional and sensory experiences, or for feeling empathy. Therefore, there is the agenda to troll for human specimens that they can either manipulate, use as pets, or attempt consciousness transfers of another's satanic spiritual essence into human bodies. In the previous blog, it was discussed how certain preferential genetics were being trolled for in the Family of Michael groups, which is a part of the satanic agenda to put satanic spirits inside genetically preferred male human bodies. Partial possessions can be set ups for full body snatching, of which the satanic groups are more agressive and attempting to do more often now to change future timelines.  Physical abductions have been curtailed mostly because of the recent changes made in the Solar System from late 2012, and the fact the planet has integrated with the astral plane frequencies on the earth surface. It is easier for them to just go into the astral energies and manipulate their target in sleep state, rather then physically abduct them. These satanic entities attempt to maintain control over the human body through manipulating neural implants that block the mental body from communicating directly with the soul body or heart, blocking higher spiritual connection, such as the design of the Zeta Seal.

Many of the Grey Alien bodies are Biological Drones created in laboratory, and thus are not able to sustain natural biological-spiritual evolution, consciousness expansion, and procreation. Thus, they abduct, harvest and manipulate humans for their unique DNA that is capable to sustain life and light within their own bodily tissues, while Grey Alien bodies are dead tissue or synthetic bodies. The inability to evolve or procreate has led the Greys and other aliens to create Hybrid Breeding Programs to impregnate earth females, or take ovum and sperm from earth people with desirable genetics in order to create hybrid children.

Many humans that have been abducted report that EBE entities appear to be drones designed to carry out certain tasks for higher ups, such as escort the abducted to the location where the medical or genetic examination will take place. Many times, the creature reported as a Grey Alien is a Biological Drone being used remotely for MILABS programs or other extradimensional Negative Aliens genetic manipulation or Breeding Programs. Certain extradimensional entities like the Annunaki are capable of consciousness projection, and therefore, are known to take on a variety of body shapes and biological forms via consciousness projection between human and nonhuman bodies. It is suggested that some Grey Alien Biological Drone bodies are used by the Annunaki, as well as, the human-alien military cooperative agreements, and the breakaway civilizations. Many of these EBE’s were once humans that were involved in the Orion Wars, and were captured in Orion and used in worker colonies. Some from the earth were enslaved on the astral plane by other races of creatures, such as Mantids, Grey Aliens and Reptilians that took them as workers to other planetary systems. Some are even used as minions for carrying out human abductions in MILABS soul transference projects. Many of them had their consciousness erased and they do not remember that they were once human. This is one of the possible results of the Transhumanism movement underway in this earth timeline now, that leads to the potential future alien or dark force control over that Soul. Once the consciousness is assimilated into artificial intelligence and synthetic biology, that being can no longer incarnate into an organic human form. It is important to remember that all NAA alien implants and abduction scenarios, are fueled by the forces of Satanism, and recognizing that these entities are Satanic.

Military Grey Alien Technology has been artificially written into the various reversal field grid networks, as well as have manifested independent harm from their technologies of military weapons, genetic experiments, timeline programs, Artificial intelligence, Holographic Inserts and astral mirages, human abductions, tagging/tracking and Astral Plane manipulation. One particular distortion we’d like to bring to your attention is the Zeta Seal, because these implants have been more active in the general 3D population during this time of transition to the next harmonic universe, which is bringing much higher frequencies to be exposed to the masses. The Zeta Seal is located in the Astral Plane layers of the heart complex to block activation of the 4th DNA strand which blocks access to the higher intelligence of the mentor fields (first layer of the higher self mind) in the 5th dimension. It is designed to interfere with the Nadial Structure which instructs the human nervous system and communicates with the circuitry of the human heart. Electrical impulses are generated from the lightbody via the Nadial Structure, which is a spiritual body part. It is made up of a webbing of energetic receivers and energetic transmitters that are intrinsic to the interconnected messaging functions in the human Soul-Spirit consciousness layers.

The Zeta Seal is essentially the 4D frequency fence placed in the human body to keep the human soul reincarnating under the control of the NAA during the death process. It creates a multitude of blockages that separate the heart sensory abilities from being recognized by the mental body or conscious mind. (See Alien Implants) This blog is to memorialize current events and bring into transparency with compassionate witnessing more information about Zeta Seals in the heart chakra that create scrambling between the heart transmission and brain receiver. The Zeta Seal has connections to historical military events as well as current military links, that connect directly to the Grey Alien agendas of hybridization and breeding programs, and/or MILAB abduction. Recently, events have opened up timelines related to Zeta Seals and 4D implants that block the heart organ for its capability to access its multidimensional layers in the heart complex and the etheric nadis in the Nadial Structure - which is the blueprint for the CNS and brain receiver. Zeta Seals are also related to the military industrial complex timelines, these seals are on the first layer of the heart chakra which puts a barrier between the heart and the mental body transmission - it is a type of Splitter Tech that scrambles the communication between the heart transmission and the brain receiver. When this is implanted, the person cannot feel much as "energy" in the environment, and it appears to be reinforced or strengthened when entering military service. This Military Grey Alien Technology is sprayed/injected in many military related areas, military related rituals or ceremonies or any kind of military exposure. There is a lot of this splitter tech used as psychotronic warfare to control the public, and the Zeta Seal is still operating in much of the 3D public. Since most of humanity has been unable to activate the higher heart complex and connect the 4th DNA strand during adolescence and into adulthood, over the length of time the chemicals distort patterns in DNA that accumulate miasmatic overlays on core emotional issues and physical imbalances. This is not natural. If a human being cannot activate their heart and access their 4th strand of DNA they are unable to activates their Soul identity. Thus, they are unaware of why they incarnated on the earth, what their higher purpose is, and cannot connect to or listen to their Higher Self, because they have not activated Higher Sensory Perception abilities.

There have been accounts of contact made with benevolent types of Grey Aliens that are aware of the violations and crimes made against abducting and torturing humanity, that have joined the earth alliances to help free humanity from their Negative Alien oppressors, and are proponents of disclosure. We cannot label any species as one thing or another, all negative or all positive, and thus learning how to discern the difference between spiritually positive behaviors and spiritually abusive behaviors, is critical for gaining an accurate assessment in the current terrain. The current shift instigates powerful surges of the forces of chaos, and those forces are intentionally being exploited on the earth surface to keep people confused and obeying the mind control games told in the 3D narratives.

This is the first triad of Spiritual Awakening, of which the life lessons are the Tests of Personal Self Mastery upon where one pays attention and focus of directing one's Consciousness. These are intended to support harmony as one develops and expands Consciousness.

Never give up and remember the power of love, is what overcomes all obstacles, no matter how imposing they may appear.

Blessings of love and peace to all, 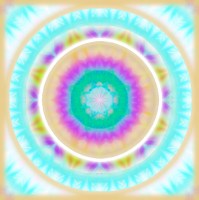