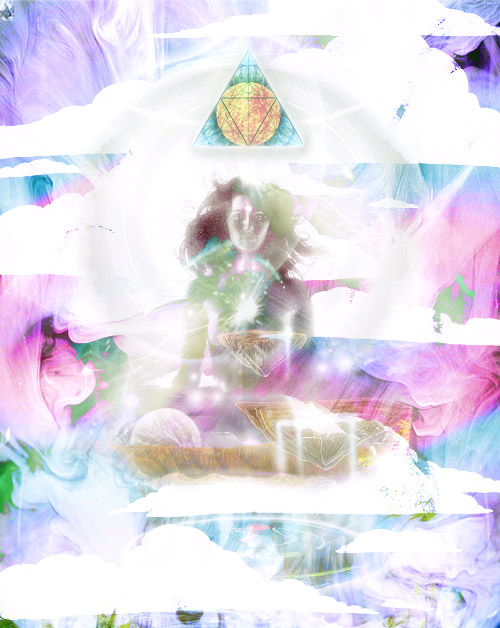 Currently, the planetary body is undergoing a space-time reorganization that ripples out many strange anomalies that influence the quantic field to alter the dark matter template. Since October 28th, there has been a deeper convergence made between several other realms of which are shown through the Time Gatekeepers that are directly connected to the Mayan Galactic Lineages.  This was made known when my consciousness began to spontaneously walk in the light and dark worlds that are described in accordance to ancient Mayan codices, which further relate to the ongoing synchronization of the worlds connected to the Cosmic Clock. I am not a Mayan scholar, and have little direct experience on the earth studying the Mayan Calendar system. However, the Mayan Timekeepers are very present on the earth now, and it is clear they are Guardian Sentinels to help usher in the massive consciousness shift and help route the many individuals and soul groups that will be returning through their hosted dimensional doorway, to continue consciousness evolution throughout the next cycle. For now, it feels that this encompasses a huge majority of the current earthseed population of human tribes, of which the Mayan Soul Groups will be hosting transitions off this planet for rehabilitating predominantly 5th dimensional evolution cycles. The Mayan Timekeepers comprise human lineages that have evolved off this planet onto other planets, and these planetary systems appear to be in a distant Galaxy. This means that these earth human groups will have to master their consciousness existence without AI mind control and undergo an emphasis on soul body integration and emotional body healing through the off planet Mayan gatekeepers.

I have direct consciousness experiences on the dates included as connected to the Mayan Calendar as great shifts in consciousness cycles, which in turn influence and ripple out into the macrocosm creation cycles. The last time I experienced what I am feeling now was exactly five years ago, which marked the culmination of all nine cosmic creation cycles on October 28, 2011. From this point onward, doorways closed and my mission was changed on the earth. This date marked the end of several sets of circumstances that I could no longer be involved with. All of my consciousness attention and focus would be taken into one primary direction in order to start to bring forth the trinity wave coding of the hierogamic template for human embodiment purposes. This means that we have entered yet again, a bookend that completes a section of the time cycle, which is like being at the fork in the road. Many of us will be pushed into a completely new situation now and given a new mission for the next phase we are on the earth.

As I experience the Mayan Calendar dates deeply inside my body, there is no doubt for me that these creation cycles include dimensional doorways leading into timelines that are relevant for the quality of consciousness we experience on the earth. I do not need to debate whether it’s real or not, as my consciousness directs me through these experiences with the Mayan Timekeepers without my current personality needing to verify its accuracy on an linear or intellectual level. None of that matters when you experience it inside your body and consciousness as a reality. It is from this higher sensory perception that I share this information with the larger Starseed community. This is my direct experience, not another person’s Mayan Calendar study to dispute what’s right or wrong. To be honest I have no clue what others have said, so forgive my conscious mind wiping that has left me with little earthly education in this regard. I share this with you in case you have found yourself transported into walking in these Mayan Timekeeper hosted worlds also.

Additionally, with the alteration in the dark matter template, there has been a surfacing of viral patterns to the surface, some of which are connected to Black Goo. The dark matter template is the anti-matter instruction set of the planetary body, and it has been filled in certain areas with this Alien sourced Black Goo. It was programmed into the dark matter template of the Albion Body and appears to have had its point of entry into earth around the time of the Nephilim Wars. This alien black goo acts as a faux synthetic artificial intelligence elemental that mimics and controls carbon allotropes and how they function in the dodecahedron structures on earth. It is clearly how the Negatives have been accessing carbon elements to control matter forms, including control over genetic expression of the human body. This programmable Alien AI has infected carbon material and is what has taken over the platonic solid dodecahedron and related pentagonal geometries that build time space constructs. These time space constructs are instruction sets in the morphogenetic field that run into the Ley Lines of the planetary body. This is how they have built artificial realities and false Timelines and projected them into false holograms. The spherical fullerene has something to do with the AI control over carbon-based matter at the molecular level that can control genetic expression. Along with observing the Mayan Timekeepers, there has been purging of some layers of this viral structure out of the earth body, and its relationship to AI signals in the elemental structure that infects the human body.

This is surfacing now in order for us to understand and see what it is. Starseeds, when we stay in our heart we are capable of holding anchor for the highest frequency levels of the liquid plasma of our Cosmic Christ Consciousness, and thus, destroying this alien black goo and its viral pattern structure without violence. This understanding of the function of Alien Black Goo in the dark matter template, and how it has infected the core elemental body in the earth, gives us deeper revelations into the importance and purpose of the Aurora Krystal Matrix Re-Encryption of Elemental Body earth mission.

For a moment, lets revisit the Mayan cosmology which includes the Nine Underworlds which reflect the progressive movement of the theme in the collective consciousness cycles that rotate within the Cosmic Clock.

Thirteen Heavens- from Day to Night

In each of the Nine Underworlds there exists Thirteen Heavens or more simply, thirteen specific durations of days and nights within each of the corresponding Underworlds. The number thirteen is a direct reference to seven days or Seven Lords of Creation and six nights of divine action which constitute the Thirteen Heavens. Again, the number seven is associated in many stories and traditions for the time allotted for creation, or matter out of light. Each day and night (like each of the Nine Underworlds) has a defined period of time and unique attributes with very specific evolutionary themes of consciousness. Where a day theme represents time of expansion or higher awareness flowing into night when this new found awareness is expressed in reality.

Just like the pyramid configuration, the length of each Heaven or day/night duration cycles up and down horizontally; each cycle becoming shorter in length as we approached the Ninth Underworld. For example, in this explanation the final Ninth Underworld lasted 260 days- each of the 13 Heavens, the combined days and nights lasting only 20 days. In my experience this stage of the Ninth Underworld did not end, we are still enduring its function of synchronizing all into the singularity point which works to transform the collective consciousness. The planet is still undergoing cycles of synchronization between all of these many expressions of consciousness, that exist in many time cycles, all at once. This appears to be marked in the bifurcation cycle, where at each layer of synchronization, there are more timelines that collapse that had been connected to previous consciousness cycles, that are now becoming obsolete or are artificial intelligence programs. As mentioned many times before, creation and time as we experience it, is rapidly collapsing into itself. We refer to this as timeline collapse or dimensional collapse, which results in the content of consciousness that existed in that time collapse, to roll up into the next harmonic layer or octave. Or that consciousness group is moved out from that location completely in a form of transiting into a different time space continuum. We are aware that some dark and fallen entities do not want to leave the earth, and a battle for staying here and exerting control over others,  is aggressively underway.

It now becomes clearer why the Mayans conveyed the expression that in the end of creation, time will cease to exist as we know it. The 3D time earth humans now live through the Gregorian calendar is contrary to the cosmic time cycles that the Maya lived by. Their cosmological calculation of time attunes both hemispheres of the human brain to unify which connects our consciousness to our eternal and spiritual origins. Clearly, they are knowledgeable that humanity would move beyond the final point of creation locked in time, and we would no longer be constrained in our co-creation abilities through the quarantine process which limited our consciousness abilities in the past epochs. Also, the Maya ascribed thirteen deities to each Heaven with different attributes, which act as the law of that time cycle or dimensional space. Each one of these 13 deities had the job to carry out the creative progression theme to the next higher level of consciousness in the human species.

The new consciousness is born into the world out of our ability to discern the heart aligned and correct path for our future direction without the previous egoic dominant, and separative mindset.  And as humanity undergoes the initiation into the next stage of the consciousness birthing process, it is accompanied with the associated emotional pain and confusion that comes with massive growth and transformational change. This new decade will prove to be the time known as the consciousness transformation decade for humanity. Overall, these remaining years will combine the best and worst of every possibility that exists on the earth, which is the result of amplified polarities of light and dark that exist in the world.

As a result of these synchonizations, and dark matter elemental reprogramming, there are surreal and strange patterns of electromagnetic disturbances, interruption or distortions in the collective consciousness field. Gridworkers may feel the elemental components in the blueprint structure transforming completely with the pressurized convergence of multiple timelines coming into synchronization in multiple consciousness themes. The blueprint alterations impact the dark matter template, and this appears to have direct consequences to altering and changing the Earth Elements, and the elemental structure of the earth body. As a result, the physical body may feel unwell and need extra care and rest. Some of us may feel viral loads moving through our body at this time, so pay attention and take good care of your body. May perfect peace and calm be with your heart.

"Heaven means to be one with God." ~Confucius