Transition to Next Root Race 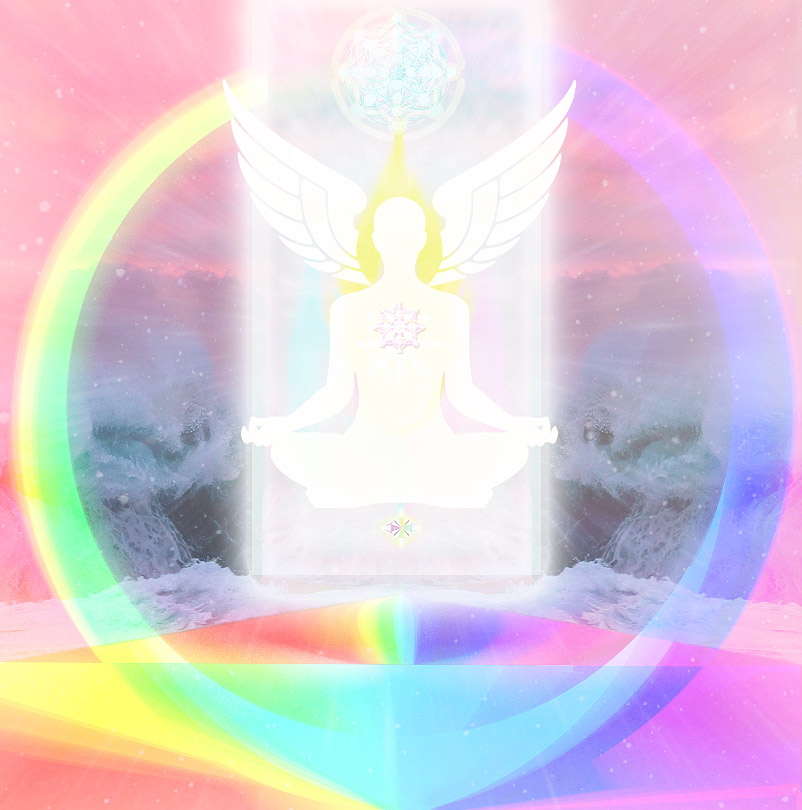 What is transpiring at the physical levels of human bodily evolution, is expanding into new human race DNA configurations that are connecting into the next Root Race cycle that generates a new ascending timeline for humanity. This is causing ripples of genetic mutations in those groups that are awakening their lightbody, and further activating dormant sections of higher dimensional DNA imprints, during this particular phase that is leading into the New Aeon. The higher level of DNA becoming activated now through new protein coded genes is unprecedented on the earth plane. Proteins are assembled from amino acids using information encoded in genes. Proteins perform a vast array of functions within our body. This includes catalyzing metabolic reactions, DNA activation and replication, responding to stimuli, and transporting molecules from one location to another. This change impacts the planetary cellular record and further changes the configuration of particle matter composition and how that is arranged in the raw material of the human body. Proteins are the principal performers within the cell, and carry out the duties specified by the information encoded in the genes. Hence, many of us are undergoing drastic changes within our physical body functioning during this phase, in which the protein synthesis function in our cells is becoming much more active. This activity is related to the global exposure to new spectrums of light, sound and frequency which activate our cells to turn on genetic switches. Protein synthesis is the process whereby biological cells generate new and varied protein chains. Protein will often be synthesized directly from genes during the process of transcription of DNA to RNA in the cell's nucleus. The entire process is responsible for each individual’s genetic expression.

As a result of this enhanced protein synthesis activity which turns on genetic switches, there is a dark agenda to interfere with the natural protein synthesis function by generating faulty proteins via the consistent low exposures to toxic chemicals and heavy metals in pharmaceuticals, vaccines, chemtrails and in mass produced foods. Injecting these toxic chemicals in low dosages directly into the bloodstream is the most effective way to interfere with protein synthesis and impair natural immune functioning over a period of time. By intentionally generating auto-immune diseases in the human race over a period of time, by consistently administering drugs and chemical toxins that suppress immune functions, this interferes with the protein synthesis function required to assemble higher DNA strands.

In a few short years, some groups will study what is occurring to sections of the population now, with these genetic anomalies that are evolving into the human body. This will provide direct evidence for genetic evolution of the human species, which will become an indisputable fact in the science and spiritual communities in the future. Essentially, what is occurring is the process of genetic mutation through new protein coded chains which stimulate great evolutionary changes in behavioral traits that enhance human consciousness levels over time. These current changes impact human DNA which alter timelines and this greatly impacts the future evolution of humanity.

As we transition from one Root Race to another, these species factors, such as the physiological functions of the human body, are rapidly responding to the massive alterations that are occurring in the earth body. This means that the collective human blueprint and human bodies are responding to the impending biological evolution that is required as a result of the planet’s structural shift. The current evolutionary pressures are causing energy to form anomalies to occur, especially within many environmental and physical factors. This new consciousness platform requires specific physiological adaptations to the genetic changes that are occurring in the human race, in order to acclimate to the new set of conditions and energies that we are being further exposed to, as they are related to the human evolutionary process. Those awakening now are in the forefront of embodying these adaptations as they are the consciousness bridge spanning into the future birth cycle of the next root race of the human species.

For many multidimensional people on the path of Ascension, how we connect into many levels of the consciousness structure has radically changed, our Lightbody is radically changing, and our physical body is undergoing a series of adaptations in order to meet the new energy requirements. Our previous ways of consciousness connection and communication are in fluctuation, while our lightbody is being reconfigured to accommodate the changing planetary architecture, solar architecture and beyond.

Structural, physiological and behavioral adaptations are necessitated by the deep impacts that are being made by current evolutionary forces sweeping onto the planet, reaching critical mass. Behavioral adaptation to the changing consensus that humanity is manifesting the consciousness state of the global reality through a self-directed thought follows energy paradigm, as well as, adapting to the energetic conditions that realization imposes on the entire species, is an example of adaptive traits coming online. Behavioral adaptions such as these resonate with the Universal Natural Laws and as such, they further activate the higher DNA functions in the human biology.

For the human race to survive in this new energetic terrain, we are being forced to transform our beliefs and develop a variety of new behavioral patterns of adaptive traits. Adaptive traits stimulated by higher truths, such as comprehending the Universal Natural Laws through which we are governed, further support evolution of the collective human race blueprint, by helping to catalyze the future generations’ capacity to better evolve into higher functioning DNA. The human race is currently in a phase of adaptation to the planetary evolutionary process, and this is a difficult reeducation and learning process required to continue to evolve and develop higher consciousness. It is made difficult because of the current mind control state over the nature of reality and the lack of public knowledge being shared about the rapid electromagnetic shifts impacting the planet, that describe planetary ascension. At the individual level, each person must decide if they are willing to open their mind and release dependencies upon the old paradigm of the inverted systems and the subjugation to the Controller archetype as their main authority. The Controller archetype of the False King of Tyranny exists everywhere; inside people that are politicians, employers, gurus, any person we give our power away to willingly. At this time, we must distinguish the differences between discerning Tyrants and true Leaders, as these are very different roles and should not be confused or equated. A true Leader does not want to take our power away, while a Tyrant will take the position of total authority over others. To spiritually evolve, we cannot play into the Controller games anymore, we must reclaim our personal power and accept individual responsibility for ourselves.

"Every gun that is made, every warship launched, every rocket fired, signifies in the final sense a theft from those who hunger and are not fed, those who are cold and are not clothed."~Dwight D. Eisenhower