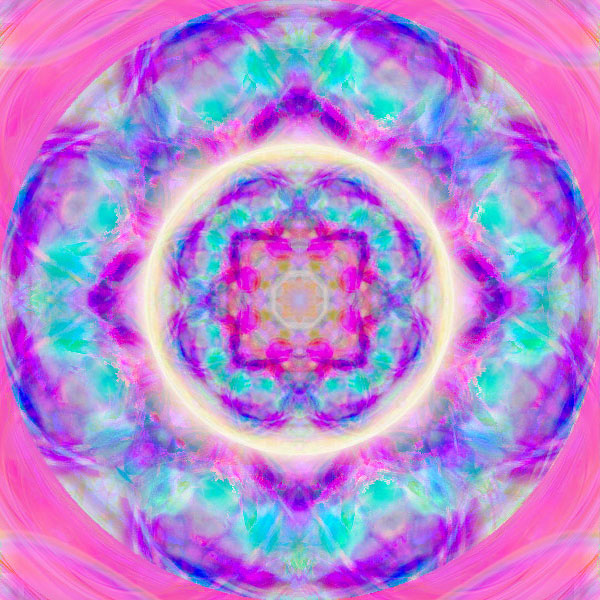 In the Guardian use of the term  Moloch, it is used to describe receptacles on the Astral Plane that operate as battery tanks for harvested Loosh, which is generally sexual in nature. Moloch tanks are used by the NAA forces to collect and store human sexual energy as a battery source, generally the tanks are more specialized as sourcing from the consciousness bodies of molested children, which is the real purpose that is behind the promotion of legalizing pedophilic practices. Large amounts of sexual energy is harvested from sexual ritual or Blood Sacrifice ritual killing in order to direct that collective energetic force from the victims for the purpose of widespread Satanic Ritual Abuse carried out by Black Magicians which is designed for the purpose of gaining control over others perceptions, and influencing the direction of the planetary Timelines towards serving the negative Controller agenda. The process of stealing consciousness energy from many people who are unaware that they are being used in this way, is to gain control over others minds and perceptions of the outer reality and is called Sorcery or Black Magic. The Power Elite are a small group of people who conjure an assortment of Black Magic through dark rituals such as the sacrifices made to Moloch, that are used for maintaining direct contact with the NAA. Moloch is one of the most important loosh harvesting systems for the NAA because it comprises the most desired form of human based collective energy, which is sexual energy siphoned from the human's sexual organs.

Moloch can be implanted as an energetic signature in those children or adults that have been exposed to sexual abuse, Genital Mutilation, violent sex acts in which any sexual trauma is generated in the consciousness of that person, no matter how young or old they are. Babies that are born from rape and a history of sexual abuse in the family of origin, can inherit the Moloch attachment at the time of birth, and carry this attachment sentencing them to heightened Sexual Misery programming and sexual organ siphoning for a lifetime.

Moloch is a quality of collected sexual energy that is bound to the Astral Plane via gestalts of negative spiritual attachments or demonic entities that are most commonly interspersed within the Baphomet collective consciousness field that is used to power up the Black Magic Grids. This means that on planet earth, the Black Magicians have a special planetary grid set up exclusively for their use in spreading Satanic forces through access of the Baphomet field during SRA practices, these are sentient fields from the lowest dimensions filled with collected human sexual energy that feeds and keeps the negative spirits.

Moloch is especially coveted by an assortment of satanic forces in the NAA that intentionally promote sexual predators and violent sexual acts that perpetrate the use of Victim-Victimizer software, which is to create masters and slaves, victims and victimizers. These are the main polarities required to foment the War Over Consciousness and reinforce beliefs of separation and division between humanity.

This program usually starts during childhood and remains as an attached Moloch implant that can grow to infect the multidimensional spiritual bodies, especially through genital implants, which are holographic devices implanted by an offending entity in order to siphon the child's sexual energy into adulthood. A child that is infected with Moloch programming, will generally exhibit abnormal sexual attitudes and behaviors with other children and adults, that may resemble having inappropriate sexual knowledge from being sexually abused by an adult. However, sexual behaviors in small children can also be groomed by Pavlovian Classical Conditioning, and sexual predators commonly use assorted grooming methods to condition the child to abuse, in so the child believes that sexual abuse is actually playtime behavior.

Children with Moloch programming grow into adulthood with the high probability to continue the same negative forms of sexual abuse that they themselves had suffered at the hands of an adult predator. By exchanging roles, from being the child victim, growing into the adult victimizer, this perpetuates the ongoing abuse cycle through the Moloch sexual energy capture program and is by design to continue to harm humanity. The early abuse programming is used to create Sexual Misery for the child as he or she grows into adulthood, ensuring a future with sexually incompatible partners and destructive intimate relationships that are founded upon the dark history of predatorial abuse and unresolved sexual trauma. Various levels of experienced trauma that occurs during childhood abuse will exacerbate the likelihood of evolving perversions or addictions into adulthood, which feed the Loosh generated by continual mental anxiety into the Moloch programming. The Moloch program directly results in the perpetuation and maintenance of the Mind control used in human Sexual Misery programming, where the child's earliest memories of sexual confusion, gender confusion, marital confusion, and potentially sexual abuse, traumatizes the emotional body and therefore the soul. This propagates the same re-occuring patterns in co-creating abusive relationships, both interpersonal and intimate, based on the learned patterns of conditioning dysfunction and abuse prevalent in the Death Culture.

The Moloch programming is also organized by the Power Elite to be a form of Mind Control worship to the NAA posing as Gods, and is historically related to the Moon Chain lineages that organized Saturn Blood Worship. These invading groups are karmically responsible for the sexual misery programs which have stolen the knowledge of sacred marriage and perverted the practices of sacred sexuality, intentionally eradicating and attacking the possibility of achieving loving spiritual unions between the men and women of the earth. This condemned the people of earth to gender splitting and sexual misery, not aware of the energetic balance that is required to unite men and women as equals in order to transcend the horrific suffering of the human Soul. The Moloch programming used to attack sexual energy in the human population is propagated through a larger organized NAA harvesting system, the NRG network. They work hard to promote states of confusion, guilt and shame upon all matters that are related to sexuality, as well as promoting promiscuous sex with random partners in order to remain fully disconnected from feeling love and meaningful spiritual connection with sexual partners. These spiritually destructive behaviors are described in the Archontic Deception Behavior profile and the NAA strategy for humanity's mass Mind Control.

Finally, it is to comprehend that Moloch is a soul binding to attach an assortment of Satanic entities to a person's lightbody that is used in SRA rituals. Moloch is evoked or conjured during the satanic ritual in order to collect and disperse the human being's vital energies to specifically named demonics, the negative spirits of Satanism that are controlled by the invading forces of the Black Sun NAA groups. In situations where a person has not been subjected to direct SRA, when a percentage of that human being's vital forces and spiritual energies are being collected and harvested by these groups of Satanic spirits, the person is high risk for further soul binding attachments, that include aggressive dark manipulation and possible full body possession. See Dark Force Manipulation Methods.

Sexual abuse and Sexual Misery are preferred by the Controllers Archontic Deception Strategy because it serves many purposes for torturing human beings of all ages into submission and ultimately, consciousness enslavement.

From the Guardian perspective, the Abraham Blood Covenant in organized religion is Moloch programming, that is designed to feed the Moloch battery tanks on the Astral Plane. As an example, a Blood Covenant is made with the anti-Christ forces in the name of Yahweh, who is a False alien God, and to which this transfers the soul binding rites to the Moloch tank during the genital mutilation or circumcision. The blood spilled and foreskin taken from the baby's penis marks a claim on the Soul to be bound to serve the Moloch entity, which is further being organized and directed to the Yahweh collective, an Annunaki faction of the NAA, that pose as False Gods to lure humanity into servitude bindings in the afterlife.

Male circumcision at birth is a Moloch program promoted through Religious Violence Mind Control. The cutting of foreskin and the bundle of nerves in that area of the penis creates dysfunction in the penis from its inherent design of being involved as the conduit of heart and soul energy that is potentially transmitted during intercourse between a male and a female. From the Guardian perspective, this is Genital Mutilation and a spiritually harmful action. The male sex organ is designed to act as a transference rod of inner sexual vital force energy which is one part of the paired energy circuit exchanged between the male and female polarities within the human body as they are designed to unite together. Whereby both partners experience energetic catalyst of sacred union with the inner spirit and ultimate Creator, expanding consciousness states of bliss and ecstatic energies generated by the forces of love co-created between both partners. In order to disrupt the energetic circuit that unites the male and female polarities within and to interfere with the exchange of bliss experience during sexual intercourse, circumcision was introduced to sever the nerve bundle that linked the heart complex to the main sexual organ.

At this time when and if this resonates with you, we can reclaim sexual parts as well as recognize levels of trauma that was committed to shatter our innocence, especially through interfering with the forces of love that are shared in the heart during sexual experiences. If sexual healing feels complete within, then this is an impact that can be clearly observed in the world around you, and you may be called upon to help release Moloch programming tanks.

2. Consecrate your genitals as holy objects dedicated to the purposes of God/Christ

3. Practice conscious loving sexual acts and be loving and appreciative of your genitals

4. Bless all children as Children of God, claimed in the Christ or Krystal Star

5. Clear all implants or structure you become aware of

6. Send all beings bound to Moloch in SRA to Mother Arcs Aqua Portal, set up portal for this specific reason

Heartfelt gratitude for our beloved community in being open to explore this difficult topic. Even though this is very difficult material, this shift to reveal the Moloch programs and battery tanks is very optimistic in that the systems and structures of containment are being revealed so that they can be dismantled from continued use. This is extremely positive news. This is a longer term project with reclaiming the sexual energies of humanity, so just allow this information to settle and do not feel pressurized to act, this is just for your information if it indeed becomes relevant in your life. The mind cannot see what it does not know, and now you are made aware of the covert agenda of the Moloch programming, in so to identify it and remove it from yourself and your children.

“Let there be peace on earth and let it begin with me.” 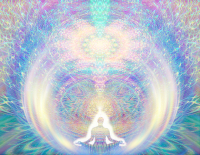 Breathing in Spirit of Christ