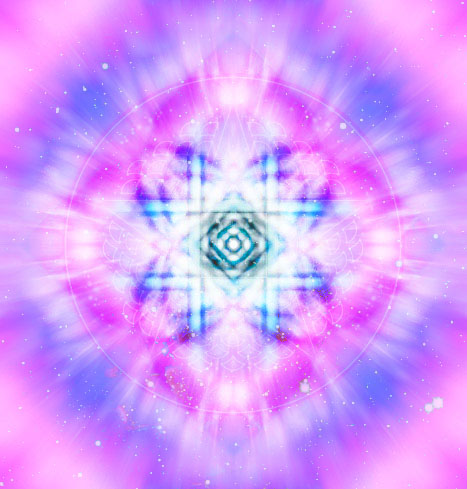 Many times I am asked about what the difference is between 5D Ascension plan (the original plan for our planet) and the Ascension Mission Upgrade(s) which is known as Plan B.

Some Ascension Guides or Presenters will say 5D Ascension because they do not have the specific language to describe what has changed in the time field. Some of this Ascension ground crew is working specifically to help those that were working for 5D Ascension to transition to a higher point of comprehension in consciousness and within dimensionalized time. There are some people here working to free the soul layers from the False Ascension Matrix, reincarnation webbing, which includes a distortion to the umbilicus cord. Many of these people are Galactic bridgers between 5D and higher dimensions to create future transit routes. Naturally there is a negative alien agenda to prevent and thwart that from happening.

Like the Reptilian preferred method to create disinformation and confusion, so they can infiltrate - they recruit undisciplined Indigo's (without mental or emotional control) to go create groups to take the place of contractually trained Galactic Emissaries. The Founders and participating councils have training methods for Galactic Emissary work, and the first order of mastery is to overcome mind control. (psychic self-defense) This is why so few of the human race has been able to move past the density of confusion and chaos , the artificial mind control is incredibly destructive, making it impossible to perceive reality from clarity and energetic balance. From the place of mind control and/or emotional woundedness we are then prime targets for reptilian manipulation, thoughtform or spiritual possession. With inner discipline, there is still potential harassment; however you are free of psycho-emotional manipulation or any level of possession - eventually and ultimately.

This blog is a snapshot of key points in the Ascension Plan B (Guardian perspective) and awareness to apply the antidotes to artificial mind control impulses.

Our spiritual work at pretty much any level between you/me/we/I are at, is about returning to Inner Energetic Balance.

We are receiving more tools for that task, and I hope this thread is supportive in that intention.

Ascension Plan B plus Guardian Mission Upgrades since 2005

What is 3D Mind Control? Misuse of Technology

•             Psycho-Tronic technology such as in EMF, Scalar Wave formats that have carrier waves of “Thought” Control programs or Specific Frequency to illicit an automatic Behavior, Emotional or Addictive state in the “Target”. There is also common use of artificial holograms used as inserts (audio & visual) to influence the thoughts and beliefs of the person(s). Mind controlled “Sleepers” are used to create chaos and confusion in the masses.  (Bio-Neurological control of body functions and actions)

•             “Target” is defined at multiple levels can be Military or Government personnel, Businesses, Mass Populace demographic areas, or Ego Maniacal World Leaders. Our entire Military is controlled by the N.A.A. (Black Ops and Shadow Government) Many if not all, Spiritual leaders are directly targeted for attempted infiltration, isolated and victimized for persecution and crucifixion.

•             All Mind Control Technology Ultimately Serves Reptilian Invasion Agenda. This is an Anti Human Agenda based in Patriarchal Domination to Enslavement. It exists as primary as the FAM control matrix in the Astral plane and is further orchestrated in the Galactic planes by the Orion Groups and their consortium.

•             Most Mind Control Technology and the FAM are harnessing the 3D Levels of Ego Intelligence though thought forms and belief systems. Understand this and you can transcend the Mind Control into reclaiming Personal Sovereignty.

•             The 3D Global Mind Control Agenda has advanced considerably since November 2009. This is to stake the claim and dominate as many minds on the earth as possible. He, who controls the mind, controls the Soul. This is the N.A.A. goal for total domination of humanity and this planet.

•             How do we become FREE? One way is to understand your Lightbody’s function and it’s “Levels of Intelligence”. Where do you get your thought forms and where do these beliefs source from? Are you an experiencer of direct knowing? Learning about different levels of energetic intelligence increases the Neural Net and Energy Receivers to begin to perceive Multidimensionally. BEYOND MIND CONTROL SUPPRESSION YOU HAVE CHOICE.

EVERYTHING YOU NEED IS INSIDE YOU AND EVERY TOOL TO HELP YOU PRACTICE WHAT YOU KNOW FROM YOUR HEART IS HERE!

Why are “12 Levels of Intelligence” and the 12 Tree Grid Important?

•             To Discern which Thought Impulses source from Lower-Higher Self or Mind Control Agendas. This begins the process of training your mind to release and to become multidimensional. Learn to be Psycho-Emotionally Balanced to create a Centered Spiritual Self.

•             To comprehend the Insidious Nature of “Mind Control” used in this 3D Realm and how it impacts your life, relationships and future.

•             To Discern False New Age Channeling-Modalities or Presumed Authority that want to take your Power or Manipulate you through Lower Emotional States. Most New Age Material is infiltrated or hijacked, and does not discuss personal sovereignty and freedom.

•             To Discern Emotional Manipulation at the many levels it’s perpetrated in your life and be free of its impact upon you.

•             To Claim 100% Responsibility for your Thoughts and Emotional States through Personal Self Containment and Inner Energetic Sustainability. One ceases to be vampire through lower desires, needs and via controlling others.

•             This develops your Inner Personal Power to Command Dominion within Your Personal Space. This begins the path to learning personal sovereignty over ones energies, and thus deters, deflects and prevents your spiritual energies from being consumed, used and stolen by others. (by human and nonhuman)

Therefore you cannot be mind controlled and your creations stolen from you.