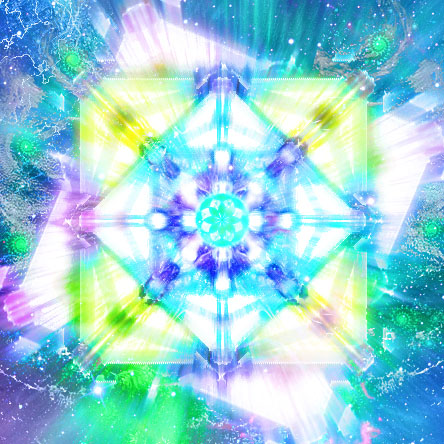 We all incarnate as earthly beings that evolve through the Precession of Equinoxes. This takes us through the consciousness realms moving through the ecliptic path of the Gate of Man to eventually complete the evolution cycle, which intersects at the Galactic Center. Once we unify the consciousness experiences through the Gate of Man intersecting with the Galactic Equator at Ophiuchus' feet, we are potentially given access to The Golden Gate. These are Universal Gates that open access into dimensional doorways directly into the core of our Universe which intersects with potentially, many other Universes.  This allows us to proceed on the Ascension path to become resurrected eternal spiritual beings unified with the Cosmic Holy Spirit. From our solar system the Galactic Center lies visually along a line that passes through The Golden Gate. This is the Gate to Eternal Life which pours out the Universal Elixir that opens at the end of Precession Cycles. These are massive waves of intergalactic plasmic frequency that  our earth is now being exposed, it is an extremley high frequency that some of us with operating neurological systems are connecting with. This connection with such high levels of Cosmic Frequency allows for the potential of more humans embodying the Cosmic Christ Consciousness.

The intersection point made between the two circuits located between Taurus and Gemini constellations is known as The Silver Gate. The Taurus alpha star, Aldebaran is the Guardian of the East and since the Luciferian Rebellion, has been under warring conflict over who can control these Arc Gateways located in the East. Additionally, the intersection point of the two circuits between Scorpio and Sagittarius constellations, right under Ophiuchus right foot, is known as The Golden Gate. This period of time has great potential for all types of synchronistic events with an emphasis on energetic resurrection and physical healing of the miasmatic past. This is made available through this opening portal, or intersection with The Golden Gate.

When the Sumerian-Egypt Invasion began, this event unplugged human DNA and scrambled the Fire Letters and the geometric codes in the planetary blueprint. This blocked higher sensory perception and thus, blocked multidimensional perception of other timelines and extradimensional races. The Stargate takeover in Egypt from the Luciferian Rebellion allowed the Annunaki and NAA groups to erase the collective human race memory in the astral plane and Soul Matrix layers. This was the causal event of massive levels of enemy patterning that spread into human conciousness.

The Sumerian Invasion at the 10th and 4th Stargate is the reference point in our current historical record where the human DNA was unplugged on the earth. It is where the Galactic War memories and our true origins were erased from our memories by the NAA invading races. DNA and vibratory digression began a gradual decent from the Orion Group population coming to the earth from primarily 208,000 years ago in the Orion Wars. The major DNA unplugging happened however, when the Sumerian-Egypt Invasion transpired about 5,500 years ago. Until this point in the timeline, humans retained memories of their galactic history. With the Galactic Law being transmitted from The Golden Gate, these memories of Orion Wars, Luciferian Rebellion history and DNA unplugging have been surfacing in the planetary body. Many of us are reliving these memories now as we consciously participate with our ascension to remember what has happened to us during these timelines. This brings us to the Orion conflict and the main struggle of humanity attempting polarity integration to heal the original species schism that occurred over 208,000 years ago. We have to remember our history and feel what happened to us in order to end this war game and enemy patterning on planet earth. This allows us to change our future history.

This Galactic War history is the basis of Victim-Victimizer mind control software, enemy patterning and hidden psychotronic warfare used on the planet today to influence these memories in the Unconscious Mind of human beings. Genetic hatred and the reptilian hybridization with humans has created a planet and population at war with itself. Without these galactic memories in the Conscious Mind awareness, many people are mind controlled to play the same archetypal roles of of the False King of Tyranny over and over again, destined to repeat them into total self-destruction. One can only stop repeating these roles once they can feel the pain and destruction they have caused to the earth and other people, and have remorse for their actions. That process of self realization requires a emotional or sensory feeling body for many kinds of extradimensional beings that currently have no emotional capacity.

This Orion conflict has been playing out for eons of time in a most destructive and disturbing manner in order to annihilate their opponents in a hidden war strategy called the Archontic Deception. There were three main factions that formed. These three groups were:

The dominators-victimizers were the Orion Empire or Draconians. The Orion Black League were formed as the resistance to the malicious domination of the Orion Group Empire. Yet, many of the supposed “good guys” became just like their oppressors as they justified war and killing in the process of the resistance. Some of the leaders of the Orion Black League were the Kumara Dragons who are known as Ray Masters. Many of them became fallen, thus enslaved by the Orion Group and their image falsified in this timeline to lead the New Age as Ascended Masters. This is the time we have the opportunity to trust the power of our organic onsciousness and make the shift of change through studying the principles of the Law of One, which requires harmlessness and pure intentions. We must reconcile ourselves with unconditional forgiveness to eradicate enemy patterning and hidden use of military war strategies which is what feeds and creates the Victim-Victimizer archetypes.

Through Trans-Time Convergence made possible in the current intergalactic plasma wave transmissions, the override of the Orion and Luciferian Rebellion invasion timelines is the potential humanity has available now with the opening of the Golden Gate which connects into Krystal Kaleidoscope architecture. We have to remember what has happened to us in order to shift the timelines and manifest our highest potential in the future. We are doing this for ourselves during this phase throughout summer, to eradicate the incredible miasmatic pain of the past that had impacted us from moving forward, and we are being given reassignments to embody and manifest this new potential into the earth now. Right now, it is all about the consciousness embodiment of our highest potential made manifest and real on the earth plane, no matter what the external world is doing.

"I learned that courage was not the absence of fear, but the triumph over it. The brave man is not he who does not feel afraid, but he who conquers that fear". ~Nelson Mandela