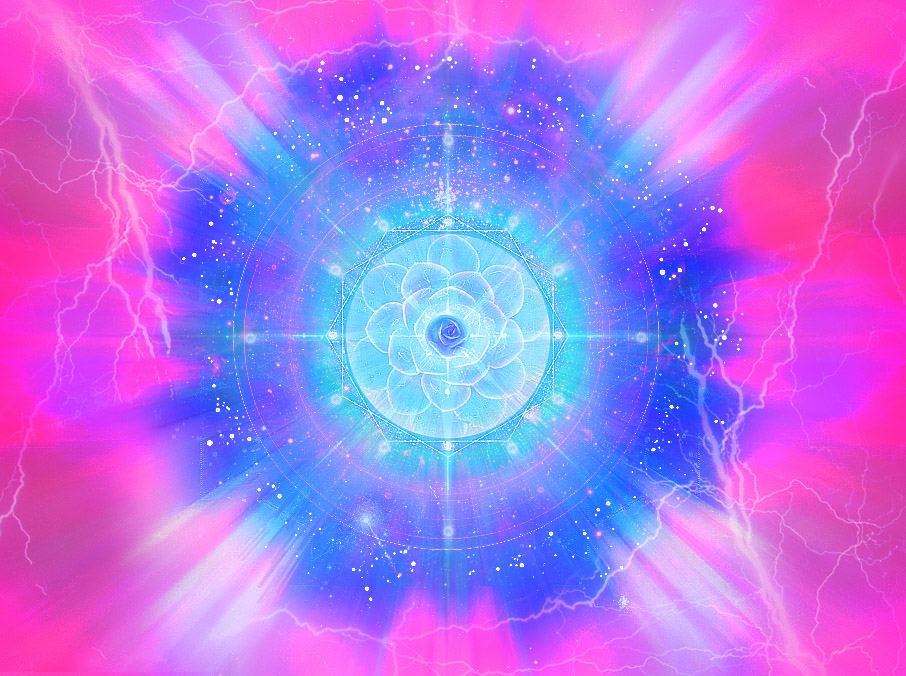 Parasitism is a non-mutual symbiotic relationship between species, where one species, the parasite, benefits at the expense of the other, the host. Parasites can be visible organisms or macroparasites (typically protozoa and helminths). Unlike predators, parasites do not kill their host, are generally much smaller than their host, and will often live in or on their host for an extended period. They survive through Consumptive Modeling, which is essentially the energetic siphoning from a host body. Consumptive Modeling is the taking, stealing, superimposing or using of another's energetic resources or life force for one's personal use, personal gain or to build upon in the Law of Structure which is enforced by the False King of Tyranny or False Gods. Usually this process of taking or stealing the energetic or other resources is hidden in deception, lies and manipulation through Mind Control. This is the model used by the Negative Aliens that has been inherited into the current culture, basically these entities are parasitic in nature, and because of their influence on the earth there is a direct impact made to our bodies. As a result of these energetic imbalances, many humans will have parasitic related problems that impact the immune system and the overall health and functioning of the body. Energetic parasitism creates physical parasites in the human body.

Energetic parasites can be from the result of energy blockages in areas of the etheric double or ka battery body. Eventually if energetic blockages are not cleared, the result is energetic parasites which manifest into physical representation of infection and infestation. All outward disease patterns in the physical body are at the core causation level a malfunction of energy flow in its blueprint or an injurious blockage to the areas of impact. This can happen physically, energetically, emotionally, mentally or spiritually.

When one’s emotional body and loving heart is left unhealed, the higher energy centers shut down blocking life force circulation into the layers of the body. As a result of these blockages, many people become a slave to the lower instinctual bodies as they try to gain back energy they lost. Operating the body from lower instincts and uncontrolled impulses means that person is governed by the external world and their false archetypal ego perceptions. From this state of being, the main controlling center governing the body is the sacral energy center or 2nd chakra which over time when continually abused though destructive habits, becomes infested with energetic parasites that lead to addiction. If the emotional body, heart and soul is left unhealed, further imbalances of energy distortions will impact the psychological body, such as phobias, OCD, psychopathy, sexual perversions, and addiction to the material world, objects and other people. This is because of the energetic vampirism state that is required to help soothe the inner anxiety experienced and to help gain the energy required to continually manifest the person’s version of his or her reality bubble. People addicted to the external world and materialism will go to great lengths to enforce their version of reality through controlling behaviors which act as an energetic siphon of the environment and other people. This type of controlling behavior is commonly observed in people that are emotional or psychic vampires.

Without the healed heart and sensitive emotional body, people become cruel and disconnected which leads to spiritual attachments and possessions, which also lead to parasitic infestation of the lightbody. Generally, this state overwhelms the psyche with powerlessness which attracts even more types of mind parasites. These parasites are sourced from a cornucopia of etheric, energetic, alien and physical phenomena. As an example, when the female principle is blocked, which is when the heart, emotions and spiritual qualities are ignored, the body’s energies atrophy and decay. The eyes will appear lifeless or soulless. This steady rate of energetic decay manifests into an array of parasites, that are related to the person’s unique genetic arrangement and consciousness imbalances, as well as the efficiency of the body’s detoxification and elimination channels. This can manifest into physical imbalances that show up as intestinal parasites, yeast, candida, fungus, mould and related microorganism imbalances. Once yeast is rooted in the digestive systems, parasites and worms take hold through the digestive organs and may pass through into the blood stream. Once an infection has infiltrated the blood and gone systemic, serious disease patterns will generally be diagnosed and given clinical names. If one has identified systemic candida-yeast problems, healing of the female principle, female ancestors and one’s emotional relationship to all female related belief systems is highly suggested. (Mother, Sister, Aunt, Daughter, Wife, Friend, Self) If one has identified parasites, healing of the spiritual light body (12D Shielding) and developing core strength and acceptance of the inner spirit mission through the loving heart is highly suggested. In all cases the person needs more energy or spiritual light circulated throughout their body to break up energy blockages or stagnant energies, as well as develop an integrative health program that includes education on detox and cleansing, to help take control over their bodies health, immunity and wellbeing.

The microcosm impacts the macrocosm and the more humanity abuses the earth body and her natural kingdoms, the more microorganism imbalances and parasites are created. Energetic imbalances with nature create energetic parasites which manifest as disease, physical microorganisms, virus, pathogens and other mutations. Natural disasters such as volcanic eruption, earthquakes, weather cataclysm, when they are not being technologically manipulated by human military or alien sources, are also causal related to the state of energetic balance. There are unnatural disasters such as famine, poverty, tyranny, prostitution and rape of natural resources, careless misuse of fatal substances (Fukushima disaster),which are directly man-made and also intensely impact the overall collective balance. All of these factors can eventually annihilate a species if they are not corrected.

When foreign or alien material is introduced to the natural body and human consciousness field it disrupts the electromagnetic energetic balance and the homeostatic rhythm of the body. This puts the body in hyper-immunity state and/or adrenal exhaustion while fighting off the invader. The body develops coping mechanisms to deal with the foreign invader while extreme stress is placed on the central nervous system, brain and immune system. As with chemtrails, alien implants most generally act as a “metallic” frequency overload and exposure to impact the overall bodily energies and its auric field. Eventually this disrupts the body organism and as a result, parasites, fungi, yeast and other microorganisms become overgrown and imbalanced in the body. It is important to understand that energetic parasites (this is just one byproduct of alien implants) eventually manifest turning into a variety of physical parasites in the human body.

It is important to comprehend the stronger your auric field and the more awareness you have, the less exposure you will have to vulnerabilities that include parasites. The goal is to focus time and attention on developing your spiritual body, connecting with your deepest core self, as well as to work your meditation tools to build  and circulate life force energy, strengthen your  energy  body, and stop  energy  leakages, with directed single-mindedness.

Physical parasites impact all bodily functions, mental body functions and thought-forms, induce emotionally hysterical states, as well as promote disconnection from the inner self and spiritual energies. If the body is heavily implanted, and therefore parasitic, anti-parasitic therapy such as cleanses or fasts are highly suggested to regain energetic balance in the homeostatic organism of the entire body, mind and spirit.  It is important to understand that one can have parasites separately, but in the case of yeast and candida severe systemic infection in the body, parasites are ALWAYS accompanied with yeast or candida forms. The candida forms create a hospitable environment in the host body to carry the parasites which use up the nutrients FIRST from the body, before whatever is left over is given to the human body and energetic consciousness to revitalize itself. If one has a severe parasite problem, they must address candida overgrowth also, of which the diet protocols are very similar. One must avoid packaged, preserved, additive foods, and all processed sugars, and may need to eliminate all sugars from the diet entirely to be free of the symptoms.

Once again, we can see the total relevance as to why comprehending the NAA invasion as parasitic to the earth and parasitic to the human race, is intrinsic knowledge that helps us return to balanced health through holistic and integrative healing that addresses all of our energy layers. Most people will not comprehend  why they spray chemicals to induce yeast to mutate the plant species until we understand how this mutates the genetics and allows the earth body genetics to acclimate to the invasion of parasitic forms in the shape of the NAA entities. Parasitic entities that wish to consume more and more of the resources that exist on the earth and consume the human soul consciousness, as a quantic yield of energy. The planetary body and the human race is an energy resource for them to harvest, and if we wake up to know this is happening they lose the free energy ride.

Parasite and candida problems are aggravated during kundalini cycles where an influx of frequency is brought into the body, which induces a detoxification result. Pay attention to your body and ask it what it needs as you undergo detoxification stages. Parasite issues are about reclaiming our authentic nature and spiritual power, while candida issues are relative to the Dark Mother reversals and healing the mother and female principle within. Connecting to higher frequencies from expanding our consciousness will also greatly help our purging of these toxins and parasites, and it is an important part of integration into our own self-awareness to heal ourselves.  If you are new to cleansing and detoxification, this may be the time to research more online to help inform yourself of the phases of cleansing the bodily internal organs in order to support the current bifurcation transition, and to help you maintain energetic balance and energetic health.

"History does not long entrust the care of freedom to the weak or the timid". ~Dwight D. Eisenhower