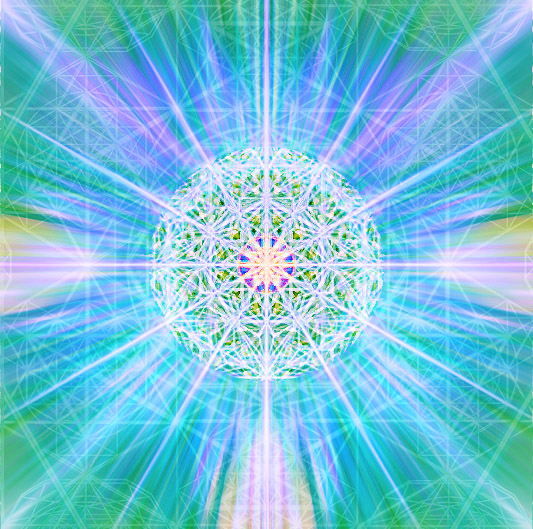 Although the untrained mind can only sense direct physical attributes, the true Morphogenesis of our multidimensional existence is generated through the multiple levels of sentience. Together these form into the entire Collective Consciousness identity, or that from which we gather to form the experience of a self. As we grow our capacity to perceive the collective consciousness layers that exist as interconnected to the self, we no longer define as being attached to an individual self. Because ultimately, the realization is reached that there is no individual self. We are multidimensional consciousness connected to many different streams of sentience that generate the entirety of the Collective Consciousness Agreement, which we experience on the earth. Through continually increasing our sentience to gain enlightenment, we can discern the energetic quality of collective consciousness that we prefer to align with and express through our consciousness body. Thus, in the consciousness evolution process we gain spiritual sovereignty and free will choice. Whereby, removing ourselves from the Imposter Spirits superimpositional forces of the larger collective consciousness matrix that others have chosen to express, which are no longer congruent to our essential nature.

Without exercising personal choice that comes from developed energetic Discernment, an individual is left to express the larger impersonal forces of the collective unconsciousness and the controlled manipulation of impersonal forces in the environment. Through the physics of the energetic reality, the person expresses the core energetic resonance they embody, which harmonizes with the larger collective consciousness body, which they attract. To have choice beyond the collective unconsciousness matrix, one must develop higher sentience towards greater enlightenment, and begin to perceive how the layers of the Collective Consciousness function throughout creation. Enlightenment in this context refers to being released from the confines of service to self, suffering, dark ignorance, attachment to material things, and the state of Soul Disconnection. The same states that reinforce the continued cycles of death and reincarnation into the lower realms, without consciousness memories, identities or spiritual purpose remaining intact. It means we are released from the states of consciousness, which exist in the larger collective unconsciousness.

The collective unconsciousness body of the earth is evolving to reflect the change in the collective consciousness consensus agreement, to shift human consciousness into the next harmonic universe. This consciousness shift reclaims the soul aspects in order to embody the entire collective Soul Matrix into the matter worlds. Imagine who you would be if you remembered all of your other lifetimes, had direct soul realization and could access that repository of knowledge at will. That is the groundwork being laid for the future direction for the ascending timelines, and the continued evolution of the human race on this planet.

Increasing Sentience is also directly related to the quality of the energetic content that is recorded as the collective memory in the planetary body. The level of sentience we generally have is interconnected with the quality of memory that is available for us to recall that is recorded in the Collective Consciousness of the planet. However, humanities DNA has been unplugged and unable to read the information and content that is recorded in the collective consciousness of the planet. This is one reason Starseeds have come to earth, because many of us can read and sense the contents in the collective consciousness, and we know that which has been programmed with AI machinery to Mind Control the population, is not organic to creation. The human species Blueprint has been undergoing erasure to gradually be replaced with new identities and archetypes created from AI software, that resemble the minds of criminals. The people of earth have been given historical records and religious books that are deceptions based upon the invaders alien approved architecture for takeover.

Essentially, the planet has been subjected to non-human co-creators that have decided to modify DNA in the Morphogenetic Fields, in order to use the true co-creators of this planet to shape the collective consciousness, to conform to their anti-human and anti-soul agendas. By controlling the collective consciousness fields on the earth with AI mind control, they manage to gain control over the direction of timelines by controlling what kind of consciousness is being fed into the collective. The bifurcation is splitting apart the areas they have gained AI control over on the earth. Their territory gets smaller as it moves away from the higher ascending regions. What we can observe in the collective consciousness matrices currently, is the accumulative result of alien hybridization, Refugee race migration, cloning, genetic modification and AI experimentation that has been made into the collective consciousness fields and the morphogenetic imprints of the planet. That which impacts the planet impacts the species of inhabitants, and so that interference has directly impacted the functioning of human consciousness and the original human DNA. Humanity has been genetically modified and socially engineered to be slaves, war-mongers, predatorial and violent, in order to remove the Empathy and collective spirit that connects us with our own species and interconnects us directly with the Godhead.

The collective consciousness exists in the many multidimensional layers that can be perceived through spiritual Gnosis as the historical events, or the many accumulated memories recorded over cycles of time. These unseen and unwritten historical events can be directly cognized through higher consciousness experiences. When a human expands consciousness through biological spiritual evolution, that person begins to potentially have the sentience to know how people and animals suffer, because they can experience the pain inside themselves that they simultaneously feel existing inside of others. The person that can identify and feel the pain of others, can feel the same pain inside themself, and thus knows, all humans suffer from the same source of pain and are not separate. This is the early stage of Gnosis, and one cannot know how it feels, until they are able to feel and experience what others are feeling inside themselves. As we gain the spiritual qualities of Empathy, which are higher sensory abilities that allow us to feel the consciousness state of others, we may expand our sentient abilities to perceive the intelligent content that encompasses the records in the collective consciousness. We are only able to gain direct knowledge of the planet through Gnosis, which occurs when an awakened person experiences what it feels like to be involved in some kind of event, circumstance or situation, from some vantage point in Consciousness. Only people that have developed pure hearts of Empathy are truly capable of the gnosis in which they gain intelligent information about the Timelines, historical events on planet, and what is happening to the collectives of species, such as people and living things.

As an example, an empathic person can meditate or stand in an area of Ley Lines, or nodal points on the planetary grid, and feel intelligent information relaying back to them from the collective consciousness records connected to that area. If we stand in an area of the earth that has been filled with tragedy, death and war, we can feel the incredible pain and suffering of all of the people, nature kingdoms and animals involved. Many times the people that died in painful tragedies in the past are still earthbound and trapped in that pain, unable to evolve their spirit into a future timeline. That person’s Soul or energy body has become trapped in time, trapped in the matter realms of the earth body. When an awakened person has empathic experiences and can feel the direct result of massive Trauma and emotional pain that is created in the collective consciousness, that person has only one choice, to do what they can to be of Service to Others. These spiritual experiences cannot be translated to an unawakened person, because it is all about direct sensory experiences of communications that are held in the context of intelligent energy and Sentient Beings. These methods of higher sensory perception and telepathic communication are that which still remain invisible to the 3D person’s ego and linear mind.

True spiritual empathy is the key that gives the awakening person access to some layer of the Akashic Records, and these memory records exist in every collective entity, structure, and person on the planet.

The Collective Consciousness of any person, place or thing, will give access to memory records and layers of the Akashic, that are connected to those particular consciousness bodies. As many people awaken on this planet, they do not want to feel what has really happened to themselves and to the planet, because it is painful to witness. However, this is the only path that grants access, where we gain truth and empathy. We must see the truth of what has happened in the past, in order to know what the truth is and feel the impacts. The Compassionate Witness does not judge what has happened, but deeply feels the consciousness experience that is the truth behind the events. The truth of motivation is always seen in the intention of what event has transpired, and so even in deceptions, great truths can be revealed.

We gain knowledge about ourselves, knowledge about others, knowledge about the history of our planet, knowledge of the Solar System and knowledge about the timelines in the Universe, by experiencing the direct sentient feelings of empathy, which is experienced as the consciousness reality that exists inside of ourselves. Love is the ultimate carrier wave of great knowledge, and through an awakened and open heart, pouring forth love, Compassion and Empathy for all of life, the esoteric mysteries are revealed to the true and sincere spiritual seeker that embodies empathy and compassion.

"A human being is a part of the whole, called by us "Universe," a part limited in time and space. He experiences himself, his thoughts and feelings as something separate from the rest—a kind of optical delusion of his consciousness. The striving to free oneself from this delusion is the one issue of true religion. Not to nourish it but to try to overcome it is the way to reach the attainable measure of peace of mind." ~Albert Einstein