The Sun and Solar Activity 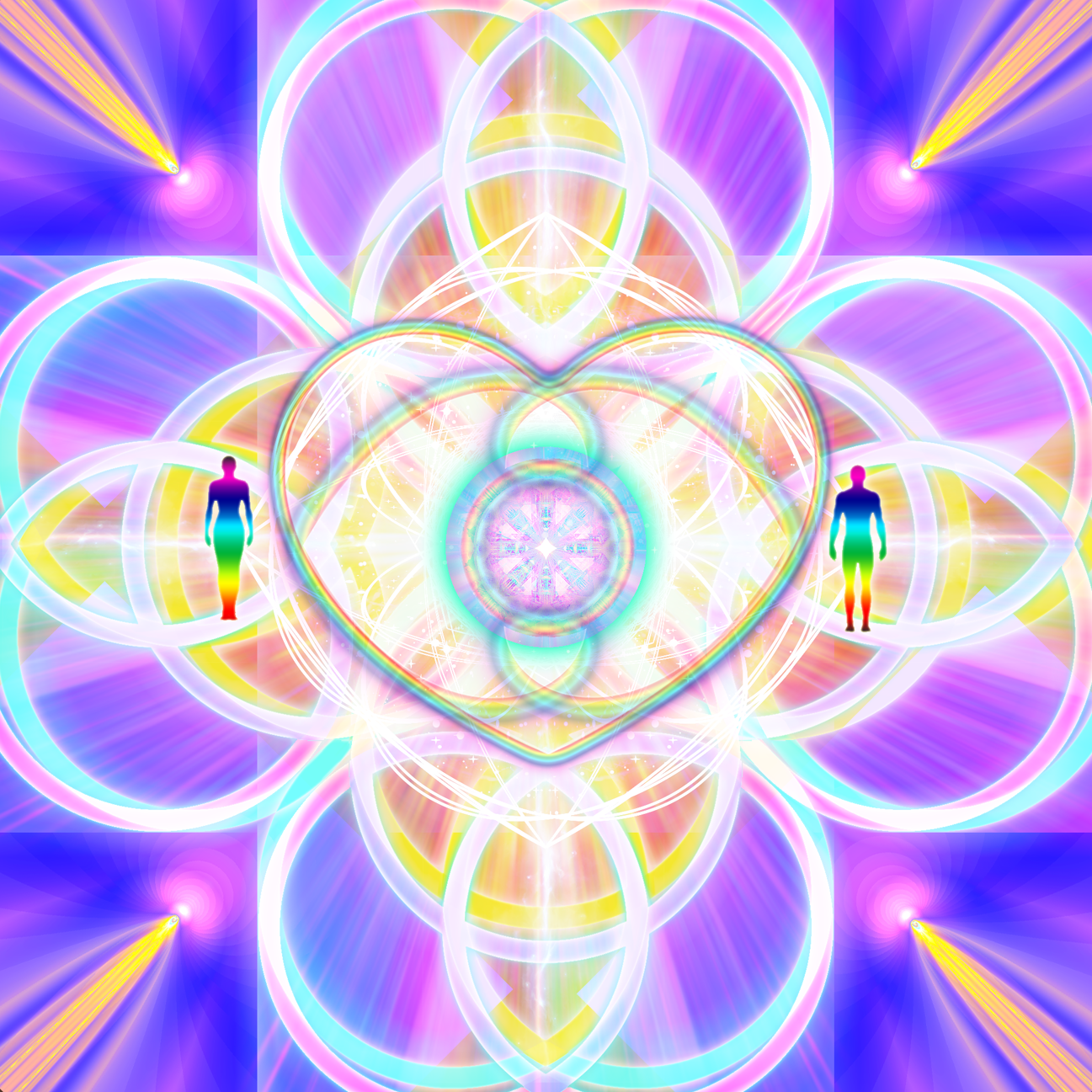 With the masculine body corrections underway with the recent Solar wind transmissions, the alchemical transformation of humanities consciousness evolution has come to merge with the greater scientific understanding of DNA Activation. DNA activation plays an important and direct role in spiritual ascension and consciousness evolution for the entire planet. The Cosmic Father principle returns the imprint of humanities original DNA architecture through the ascension cycle when the Solar and Stellar body’s transmit intelligent plasma forces with geometric coding to the earth. The Cosmic Mother principle returns the original record of Mitochondrial DNA through the magnetic shifting happening on the planet, which helps to reinstate our blood, brain and neurological system blueprint into higher functioning in order to bond with the DNA of our true origins. The original instruction set of our DNA is a lattice work of pure liquid crystal, an ideal transmitter and receiver of energetic resonance, inter-communication and perceiving a variety of levels of consciousness. Planetary and Human DNA is activated through the communication made with the intelligent plasma emitted from the Sun through Solar Flares and during major events of solar body activity. The original instruction set of humanities 12 strand DNA is what connects our higher consciousness with our physical body in order to experience the eternal God Source levels of our Personal Christ Consciousness or Avatar Christ.

Planet earth’s local Sun is a star called Sol. Our Sun is a Stargate and it is possible for certain craft to be used to go in and out of the Solar System from the Solar portal, making our Solar System an important outpost that has generated territorial conflict between intruding races.  The original 4th dimensional Stargate on the earth is located in Giza, Egypt and this is a main opening access into other portals, as well as access into the many layers of the Astral Plane. In this location, the trajectory path made between the Sun and Earth can be accessed, it is interconnected through geometric fields of mathematical instruction sets based on the base groupings of Platonic Solids, which are the building blocks of matter or geometric coding that arranges the blueprint of the Universe. Thousands of years ago, the Annunaki had taken control of this area of the planet, in order to gain control over the important relationship that exists between the earth and the Sun, as well as attempting to take control over its plasma transmissions as an energy source. Thus, the Sun’s activity is important to many as it is related to activating higher DNA on the earth, as well as acting as the control access point of who goes in and out through the Sun portal. Each Sun and Star in the Universe is interconnected through the intricate blueprints recorded in the morphogenetic field layers, and the plasma filaments that create the etheric webbing that connects all of the star consciousness together.

During the Ascension Cycle the planet is exposed to many sequences of broadcasts from Solar Flares and Stellar Activations which cause the levels of the planetary field to progressively open up into each other, dissolving the dimensional frequency barriers that kept the levels separate at one time within the planetary field. The levels continue to dissolve as these energetic fields on the earth progressively draw in more frequency patterns from the higher dimensional fields or the unified fields. As these levels dissolve, progressively more consciousness energy and awareness merge with and become held within, the biological life form, and the biological life form shifts from one set of dimensional time continuum cycles to another.

When we energetically evolve and move up in dimensional frequency bands, we are exposed to more dimensional octaves, therefore more potential timelines. However, in the range of polarities that may exist as potential consciousness experiences, there is only one timeline that is the highest expression of our spiritual identity and that manifests the fulfillment of our highest expression or heroic probability. Within the future timelines are stations of identity, commonly called Soul, Monad, and Christos self. These spiritual identities comprise lightbody parts or whole spiritual bodies of our forgotten future selves. These are spiritual energetic bodies that hold our consciousness intelligence matrices, our mind matrices and that make up our spiritual identity. We are designed to reclaim these spiritual-energetic pieces during the Ascension cycle. This is why those on the spiritual ascension path continually experience their spiritual-energetic healing by meeting the cellular memories in the timelines that surface for compassionate witnessing, at different stages of evolution on the earth.

As we move through the series of timelines in each dimensional octave, we reclaim our spiritual identity, while recoding and changing the artificial or false reality from interfering with our continued consciousness expansion. We connect with our lost aspects to merge with these timelines, which allow us to reclaim and re-collect our spiritual bodies, clear Negative Forms, Clones, and Artificial intelligence. As we clear false identities and inorganic architecture from suppressing and impairing our consciousness expansion, we are extracting the alien enslavement programming and clearing mind control implants, in order to embody our true inner Christos spirit. During such times of heightened solar activity, many people on the spiritual awakening path are engaged in some form of clearing negative forms and extracting the false, inorganic or alien structures in order to access their higher spiritual expression and help accommodate the changes happening in their lives.

The consciousness within our Solar System is undergoing its own level of solar initiation through the increased amounts of solar plasma emissions and the upcoming total solar eclipse, also known as the Great American Eclipse on August 21st, 2017. The previous time a total solar eclipse was visible across the entire contiguous United States was during the June 8, 1918 eclipse. A solar eclipse occurs when the Moon passes between Earth and the Sun, thereby totally or partly obscuring the image of the Sun for a viewer on Earth. A total solar eclipse occurs when the Moon's apparent diameter is larger than the Sun's, blocking all direct sunlight, turning day into darkness.

Recently, solar plasma emissions interacting with Earth’s ionosphere rapidly changed the shape and direction of the magnetic field, as well as generating geomagnetic storms, auroras and increased the range of the earth’s plasma fountain. It is clear evidence that we are undergoing an intense Solar Initiation of radiating plasmic light, as well as enduring the upcoming total eclipse event, which is rapidly progressing humanities evolution on our chosen spiritual journey upon this earth. Eclipses shift the foundation and the structure of cosmic order to push consciousness evolution into another pathway, the result is a shakedown of the status quo and breaking up of stagnant energies. Along with the sensation of being squeezed through the eye of a needle, in order to come out on the other side into completely different situations or even as a different and changed person. This total solar eclipse has special consideration in the activation of the north node in the Four Royal Stars, sitting in the northern position of Regulus, which is the dominant star in the Leo constellation. The number 23 is assigned to Regulus in Leo for the Royal Star of the Lion, and as such there are occult rituals that use the number 23 for amplifying black magic grids and their anti-life structures.

However, as one is being accelerated into spiritual initiation into higher frequencies which instigate DNA activation, such as when the lightbody connects with the transmission of solar plasmas and the shifting foundation as a result of the total solar eclipse, many people may experience a range of ascension symptoms. Many of these symptoms are related to the movement and clearing of energy blockages, and the detoxification from the toxic waste releases which is known as die-off. During spiritual activation and the subsequent die-off phase, one may experience Ascension Symptoms, like Ascension flu and exhaustion. The immune system is essentially rearranging the body’s grounding mechanism, and resetting the metabolic and homeostatic base levels for the necessary higher functioning of the body to be capable to embody higher solar frequencies in the cells. In the integration phase of higher frequencies and solar coding, sometimes all one can do is rest in bed, and not eat much of anything. It's best not to eat harder to digest foods while the body is in catabolic breakdown mode, or digestion will draw energy away from the transmutation of the flesh and the process of spiritual resurrection will not be as complete. One may create toxicity and tissue damage if working against the natural break-down cycle and ignoring the bodies request for rest, cleansing or fasting. Listen to your body!

Giving up the past and letting go of the ego-personality is the first stage of really living. Until we give up and surrender to our inner spirit, we have been trying to live from the concept of the Ego/Personality self, instead of higher spiritual or Christ Self. It is often the case with human action, that what we manifest through our ego efforts, turns out to be the very opposite of what we actually intended. The die-off process is the most extreme experience of nature stepping in to help us move beyond the known experience of the ego, clearing out blockages in so that we may access into the vast reaches of a mystical connection with the universe. The deeper the surrender to the living-death of the spiritual Ascension process, the more we can actually incarnate and embody our higher spirit in the flesh.

The movement of stars, planets, comets and asteroids through space affect the solar activity and the magnetic field; the upcoming total solar eclipse is another such consciousness altering event. Which in turn impacts the geomagnetic field influencing the collective and individual electromagnetic, chemical and biological systems on the earth. These forces impact our consciousness and bodies in unprecedented ways, and in this cycle are manifesting many unusual symptoms and changes in our biorhythms and lifestyle.

Remember to be gentle with your heart , allow yourself the rest you need and only allow others within your inner sanctum that treat you with the same kindness and care. These are intense times of solar activiation and spiritual initiation and that may include radical leaps into the unknown, endings and beginnings as we shift into higher consciousness, as we prepare for the timeline skipping that moves us into the next harmonic universe.  Take good care of yourselves and your loved ones!