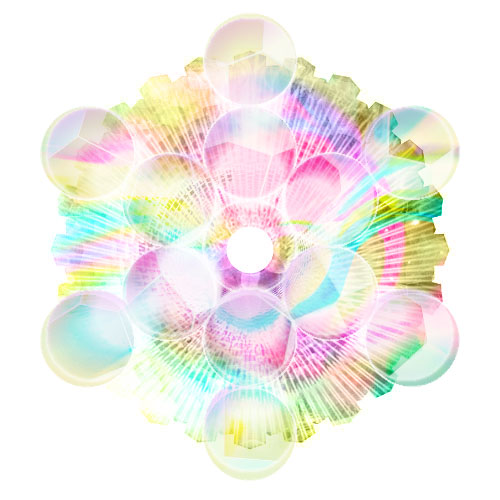 Psychological manipulation through means of propaganda and information warfare was once limited within the scope of the Controller Pillars of Society, via countries, states, militaries, and intelligence agencies. Today, even everyday people have become important players in these media campaigns involving access to credible and high quality information or straight out disinformation campaigns in this new media landscape. Aggressive battles over access to information and the shaping of narratives have become an integral part of shaping societal views and the public’s perception of the nature of reality, which includes current war agendas and global-economic politics. During the Ascension Cycle, the collective consciousness moves towards open source systems in which to gain more access to information, truth and knowledge, that which had been previously unseen and remained hidden from the ordinary citizens.

The explosive terrain of the wild west in all forms of media has contributed to unprecedented levels of perpetrating psychological manipulation and information warfare that is associated with a variety of conspiracies, disinformation, mind control agendas and cyber hacks. Simultaneously, it has given a forum for those people who are truth activists, those dedicated to investigating factual evidence and disseminating layers of the news in order to gain more truth about the larger picture and then share it with many others. When everyday people are willing to become investigative journalists on behalf of finding the truth, they blow past mainstream media border guards of the matrix. Those who have been marginalized and disadvantaged from getting their message out, are able to have a voice in the shifting paradigm. Thus, humanity benefits from the sense of personal emotional connection and human authenticity which is present in everyday people getting their message out and telling their stories. Many messages and stories that were previously completely ignored by mainstream media, such as child trafficking and pedophilia, are now being heard.

However, media saturation and the constant use of psychological manipulation tactics means we must use high quality discernment, and be willing to use critical thinking when considering sources of information and their potential agendas. We live in a world run by manipulators, master manipulators who preconceive expert level mind control strategies that the common person would never think of in casual conversation. By advancing the interests of the manipulator, often at another's expense, these methods could be considered as exploitative, abusive, devious, and deceptive. And yet, we live in a controlled reality where this level of intentional manipulation to prevent access to valid, credible information is used every day to generate as much confusion as possible, in the minds of the public. Sun Tzu, a Chinese Military Strategist originally said the best victory in warfare is the one in which you never have to fight your enemy in actual combat, instead to subdue them through psychological warfare.

Thus, we should be made aware of the highly explosive environment of psychological manipulation and information warfare that we find ourselves in today. It is important to understand the principles used to promote confusion in the minds of people, and to know that this is the primary goal for psychological manipulation. When we are confused from being fed disinformation, we cannot make informed and well thought out decisions. When we have built a foundation for our life based on layers upon layers of deception, we are confused and do not perceive reality accurately. This destroys our ability to gain clarity and build inner strength for ourselves. When we are confused, we are weakened and at a disadvantage.

The most common way to confuse someone is to simply overload them with information, bureaucracy or demands that they cannot process, which will lead them to feel utterly overwhelmed. In simple terms, its consistently throwing things at them until they collapse from the weight of it all, wearing them down until they cannot take it anymore. Sometimes it’s making demands or placing rules on the circumstances that actually do not make any sense at all, in order to confuse them further. Most people have been conditioned to accept that there are predictable patterns in the world in order to make sense of their environment, which gives the illusion of personal control, certainty and safety. When that person’s predictable pattern breaks apart and they are set up in a unexpected shock or surprise, they feel they have lost control and this will generate mental confusion and uncertainty. How well we cope with stress and uncertainty, will help us learn from the experiences which can strengthen us for the next time it happens. This is why we emphasize maintaining present moment observer consciousness and neutrality, as this radically diffuses mental tensions while keeping you stronger in the face of confusing challenges.

From the Ascension Glossary:

Overwhelm and Wear Down: Constantly use greater strength in applying heavy forces that overwhelm your opponent by creating never-ending issues that are designed to wear him down and erode his will power and resiliency. Bureaucracies, impossible compliance, insurance, tax and legal channels that keep people bogged down in never-ending paperwork, long lists and cues, under the threat of intimidation, or threat to financial security or persecution. This is also carried out in legal forms as ‘death by 1000 papercuts’, through the increase of overwhelming problems and burdensome bills. When people’s hopes are crushed and their expectations for their life are confused and burdened, eventually they become so drained they have no energy to refuse the constant attempts of subjugation and just give up.

Instilling confusion increases internal stress and it’s a way to destabilize the person so they will be easily manipulated to do what you want them to. Extreme confusion can put people into mental paralysis at such deep levels that they actually go into a trance like state. This extreme method of instilling confusion is a means of hypnotic induction, whereas the person becomes extremely suggestible to external forces, and can be influenced greatly by subtle forces of subliminal mind control.

When a person feels overwhelmed from increased pressure of stress, they will generally accept any solution available in that moment to reduce that stress. This is referring to a basic psychological warfare principle, Clutching at Straws. This means to put the person in such disadvantage that they will try anything you suggest in order to get out of a desperate situation, no matter how irrational or unlikely it is to succeed. Literally it means a drowning person who, is unable to find any substantial flotation immediately at hand, and attempts to save himself from certain death by grabbing hold of a few stray pieces of straw floating on the water within arm's length.

We live in a world fraught with manipulation tactics. People that are controlling will always use manipulation tactics. Manipulation refers to making attempts at indirectly influencing or controlling someone else's behavior or actions. As human beings, our negative emotions often cloud our discernment making it difficult to see the reality behind hidden agendas or motives in different forms of behavior. This is an important time to take care of ourselves and to note that this controlling and manipulating phenomena will increase in the environment due to the psychological and information warfare used to direct fear, insecurity and confusion in the masses.

As we become aware of how psychological manipulation works to intentionally generate mental confusion, we are more equipped to handle these kinds of sophisticated manipulating behaviors that we are being exposed to. The dark forces take advantage of that vulnerability in people whom have not made an effort to understand and clear their negative ego. When we make an effort to clear negative ego, we commit towards learning greater truth about ourselves that shifts us out of confusion in order to develop personal clarity.

With a Loving heart, Lisa

"When the ego mind for whatever reason is able to tempt me out of love, to convince me that in that moment that person did not deserve love, for whatever reason i shut my heart, I manifest a world that is not loving that is not peaceful that is painful for me that is painful for others.  That is the ego mind and that is called hell." ~Marianne Williamson