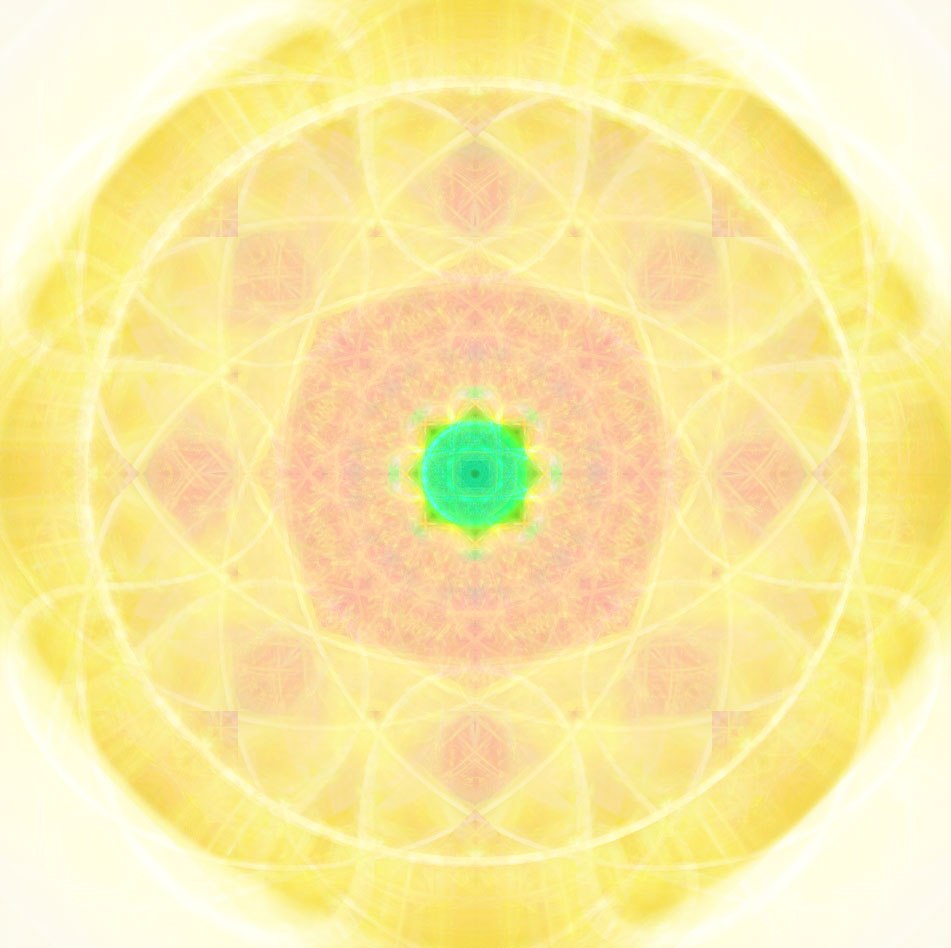 The planet has just completed its Magnetic Peak cycle, which discharged a massive amount of magnetic force into the earth. The subatomic particles of elemental matter are rearranging to support the planetary body shift into the next harmonic universe. All communication systems connected to these levels of planetary architecture are undergoing fluctuation, reconfiguration and potentially re-building interstellar links that reconnect earth portals to realign into multiple star systems and celestial bodies. This massive shift at the quantum scale is changing the laws of structure in the architecture that governs function over our matter body, as well as our consciousness bodies.

For many multidimensional people on the path of Ascension, how we connect into many levels of the consciousness structure has radically changed, our lightbody is radically changing, and our physical body is undergoing a series of Adaptations in order to meet the new energy requirements. Our previous ways of consciousness connection and communication are in fluctuation, while our lightbody is being reconfigured to accommodate the changing planetary architecture, solar architecture and beyond.

Essentially, we are the last generation of people that were born into consciousness slavery on the third dimensional earth. We will have known consciousness slavery, and will have put an end to it in this lifetime, while in this physical body. Ascending humans are evolving into developing new abilities that change the characteristics of what it means to be human, from Dreamwalking, to Transfiguration, Translocation and Transmigration.  These are revealing more of the Diamond Sun templates function as a consciousness transport between time fields, and what true freedom is. This month's newsletter will attempt to bring awareness to these multi-dimensional changes, and the opportunity we have to consciously participate as the living expression of the changing laws of structure.

In previous cycles, to shift the consciousness of the Soul-Spirit in this same way, we would require another identity and body to incarnate into another timeline that existed in another station of reality. This process we have done many times before and it is described as reincarnation. During the Ascension Cycle, we have the unique ability to change the current location of our consciousness bodies, as we undergo a succession of spiritual initiations, while we have the same physical body. The accumulated memories of our Soul-Spirit intelligence streams that we have transformed within many other previous lifetimes, are being shifted out from their former location in time, as the state of our current identity and consciousness shifts.

This can also be described as a mass human Soul body retrieval that is returning to populate the earth body, to be reclaimed by the physical bodies or the individual people that they actually belong to. Many people on the earth who are not awakened at this time, have aspects of their higher self that have been stuck in some damaged area of the earth body, from previous timelines where great trauma and cataclysm had transpired. As we change the location of where our previous station of identity and Soul-Spirit body had existed previously in the time field, it requires some Adaptations in order to acclimatize our physical body to these changes that are impacting the Collective Soul and the planetary consciousness structure.

Humans that can more easily adapt to the current myriad of environmental challenges and energetic factors, are undergoing types of Adaptations that are catalyzing physiological changes. The physiological changes are designed for deep and powerful consciousness transformation to be possible within a physical body on the earth. In some circumstances, as the physical body undergoes physiological Adaptations, these changes catalyze more of the metabolic, organ and glandular systems to activate or wake from dormancy, in order to prepare for the spirit to inhabit the body. The Adaptations are connecting through the bodily systems to increase vital force circulation, which facilitates connection into the spiritual-energetic circuitry. Many energetic circuits and meridians on the planet have been disconnected or damaged. As a result the main forces that exist in the human body, the life force, physical vitalities and spiritual energies, were not interconnected or functioning properly. This has contributed to the overall disconnection and lack of communication between the higher spiritual bodies and the physical human body, which impacts the entire human race.

The physiological Adaptations that are influencing humanity are in response to the series of biological and spiritual evolutionary markers that are profoundly impacting the planetary architecture, planetary elementals, and the earth element itself. The combined changes are further impacting the human phenotype as it has been documented within scientific consensus. The human race phenotype is a generalized expression of characteristics and traits influenced from the combination of the genetics, behavioral and environmental factors, as well as the variety of influences stemming from the collective consciousness. Science does not include the many factors of artificial intelligence, genetic modification and mind control, playing a direct role in shaping and controlling the traits of the human phenotype. The human phenotype describes the physical characteristics and traits that define the species of human beings.

As we transition from one root race to another, these species factors, such as the physiological functions of the human body, are rapidly responding to the massive alterations that are occurring in the earth body. This means that the collective human blueprint and human bodies are responding to the impending biological evolution that is required as a result of the planet’s structural shift. The current evolutionary pressures are causing (energy to form) anomalies to occur, especially within many environmental and physical factors. This new consciousness platform requires specific physiological Adaptations to the genetic changes that are occurring in the human race, in order to acclimate to the new set of conditions and energies that we are being further exposed to, as they are related to the human evolutionary process. Those awakening now are in the forefront of embodying these Adaptations as they are the consciousness bridge spanning into the future birth cycle of the next root race of the human species.

Structural, physiological and behavioral Adaptations are necessitated by the deep impacts that are being made by current evolutionary forces sweeping onto the planet, reaching critical mass. Behavioral adaptation to the changing consensus that humanity is manifesting the consciousness state of the global reality through a self-directed thought follows energy paradigm, as well as, adapting to the energetic conditions that realization imposes on the entire species, is an example of adaptive traits coming online. Behavioral adaptations such as these resonate with the Universal Laws and as such, they further activate the higher DNA functions in the human biology.

For the human race to survive in this new energetic terrain, we are being forced to transform our beliefs and develop a variety of new behavioral patterns of adaptive traits. Adaptive traits stimulated by higher truths, such as comprehending the Universal Laws through which we are governed, further support evolution of the collective human race blueprint, by helping to catalyze the future generations’ capacity to better evolve into higher functioning DNA. The human race is currently in a phase of Adaptation to the planetary evolutionary process, and this is a difficult reeducation and learning process required to continue to evolve and develop higher consciousness. It is made difficult because of the current mind control state over the nature of reality and the lack of public knowledge being shared about the rapid shifts impacting the planet, that describe planetary ascension. At the individual level, each person must decide if they are willing to open their mind and release dependencies upon the old paradigm and their subjugation to the Controller archetype as their main authority. The Controller archetype of the False King of Tyranny exists everywhere; inside people that are politicians, employers, gurus, any person we give our power away to willingly. At this time, we must distinguish the differences between discerning Tyrants and true Leaders, as these are very different roles and should not be confused or equated. A true Leader does not want to take our power away, while a Tyrant will take the position of total authority over others. To spiritually evolve, we cannot play into the Controller games anymore, we must reclaim our personal power and accept responsibility for ourselves.

The thought paradigm must shift so that our species is able to acclimate to the new energy platform, which essentially is creating a new energetic terrain and new earthly habitat. Our species is evolving into the next progression of root race, and the body we inhabit now is a hybrid. It has the ability to spiritually evolve and transition into the new root race DNA imprint with the support of the planet’s new consciousness structure.

Currently, those on the ascending path may undergo deep transformation that is similar to a personal identity rebirth, which reveals a new higher self-version in place of their former ego selves. The rebirth process is the soul actualization of the personality, the soul ray infuses the layers of ego with the higher qualities of the true essence and higher nature of that individual.

To go through this dimensional shift, we must change the destructive ways of thinking and behaving we had inherited from the 3D thought forms of the Controller’s predator mind, and adapt to the accumulative impacts that the current energy shifts create. If we can reeducate ourselves to learn what it means to stay in the energy flow of the moment and not resist the need for change, then adaptation to the planetary shift is much easier.

The intergalactic transmissions are recreating the structures of the planet, and are essentially, recreating the human race to evolve into the higher self-version of their former personality selves. This process is undetectable to the five main senses of a person who is limited by 3D consciousness, and refuses to break through the reality boxes that they co-created with the 3D earth elements. Generally, the profile of this person is developed in their mental body and personality, and unintegrated with the other levels. There is a difference between reality boxes that are co-created with personal choice, and those which have been used to ensnare people into consciousness traps, based on the hidden pain and trauma that they believe IS the reality box. The discernment is in knowing when people are being intentionally deceived, using the predator mind, in order to use other people’s energy that has been parasitized and stolen for the Controller agenda. Which is forcing people to repeat their painful trauma patterns, without their consent or knowledge, in order to gain more material power and control over them while they are inside the reality box.