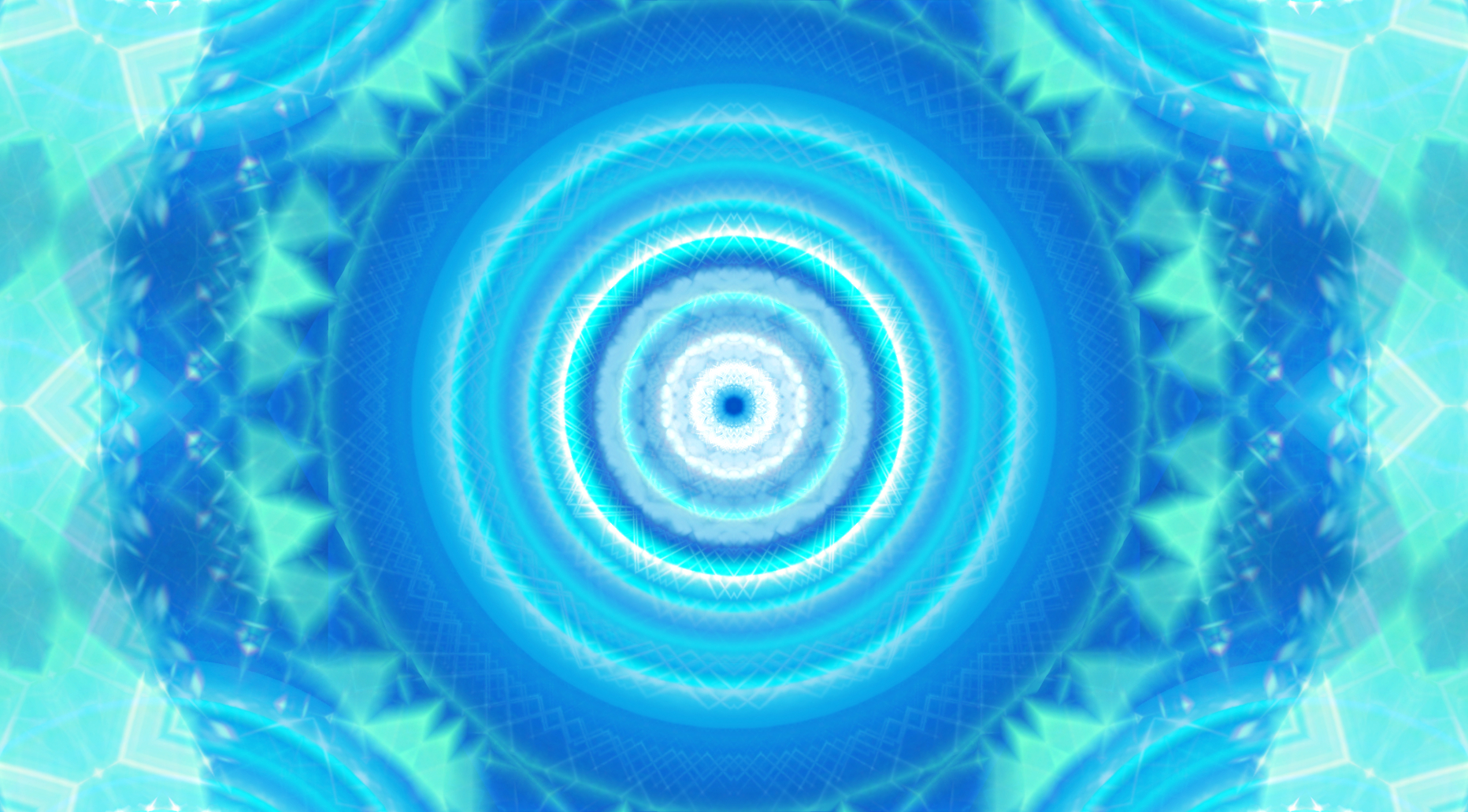 Planet Earth has a Krystal Body anatomy that holds many energetic constructs, which form into Chakras, Axiatonal Lines, Ley Lines and the many energy vortices that make up the layers of the entire Planetary Auric Body. The fact this planet was originally created from the Diamond Sun architecture, reveals the true creator of this planet and the progenitor of the human species. This remains the truth no matter what extraterrestrial race has planted its flag on the earth surface, claiming the earth as their territory. Starseed gridworkers may sense and work with many of these Holographic constructs in the earth grid, which form the basis of understanding the energetic architecture of the earth consciousness body, and how this structure creates the many realities and time fields. The many dimensional layers in the earth’s auric body are the container for entire collective consciousness on planet. These structures hold the content of all of the consciousness that manifest into the many different kingdoms and species that exist on the earth. They hold the point of origination for all of the collective consciousness energy that was originally seeded onto the planet, and entered the material realm from the Grail point. The Grail Point is located within the planet’s second dimensional Stargates, with its primary access being within Temple Mount.

The Planetary Chakra system, also called Stargates, acts to step down the higher energies transmitting from the Source field into the Sun, which is then directed into the many Stargates. The Stargates transmit an energetic spectrum of frequencies, moving from the higher to lower dimensions, in order to reach the matter fields and circulate them throughout the planetary grid network. Stargates create spirals of these energies, which are designed on a frequency scale to circulate the God Source energy into reciprocal exchanges with multiple dimensions of creation. The frequency scale of the spirals of energy feed into the manifested realms of space and time, returning back into the center point of the feedback loop, thus, returning to unite with the God Source field. The Planetary Stargate that receives the transmission of the Source field for distribution into the rest of the planetary grid system, is the Grail Point or Grual Point. As many of us may be sensing, the transmission of the intergalactic plasma waves from the Source field into the Grail point and the Planetary Stargates, is greatly accelerating now.

This intensifies higher sensory experiences of multidimensional bleed through, lifting the veil between dimensions, thus, more people are sensing an array of dark and light entities, sensing people that have passed their physical body, but are still existing in other dimensions on the earth plane. Moving forward, more people will have experiences with passed on relatives, people existing in other dimensions, seeing a variety of spiritual entities, orbs, elementals, etc. The intensity of the current shift amplifies an array of multidimensional experiences, and we are the experiencers in the changing of the guard to help the masses know that this is a natural result of Planetary Ascension. We must normalize multidimensional experiences as a healthy perception of reality in a humane society.

The planet’s lowest density dimensional frequency bands and their energy vortices are gradually rolling up and dissolving into the Grail point. As the energetic contents that had existed in the lower three dimensions changes its location and frequency level, it is reconfigured or it is processing through the Grail point. The Grail point in our personal body resonates with the sexual organs and sacral areas, and it holds the unprocessed content of our Pain Body. Therefore we must address this pain body, in all ways to find unconditional love, healing and forgiveness for the contents of the pain that was recorded there. This is similar to saying this cycle constitutes the separation of the wheat from the chaff, as the debris or lower energetic constructs in our pain body and unconscious mind are being dissolved, then harmonized, and what remains is shifting with us into the next Harmonic Universe.

During the recent activations, the base 10 architecture met with a massive cross spiral of Krystic forces that dissolved and annihilated sections of the infrastructure of the AI signals used for controlling the Golden Eagle Grid. These are the transmissions used to relay reversal 10 patterns that enforce the base 10 mechanics in this reality, along with propping up the Base 10 Artificial Tree of Life. As a result, a massive wave of Monad bodies and monadic extensions have been moved and extracted out of the Artificial Timelines that were used for powering up the 10:10 reversals that are used to control the gateways that the Family of Michael and Royal Avian collective consciousness embody. This field correction has also included releases from the Mother lineages that have sent many of our spiritual families back home into the God Worlds, such as the Fallen Elohim aspects.

The Sons of Belial are the direct opposers of Family of Michael, and through conquest have used fallen Michael consciousness to open the 11:11 gateways to open Daath and gain access to control all Grail points. This means gaining access into the earth’s main Grual Points which open up into 11D, 8D, 5D, 2D and beyond, the energetic quanta supply which was used to build and power up the Checkerboard Mutation in the United Kingdom. From within the Artificial Tree of Life this 11D portal access into the Phantom Matrices is esoterically known as Daath. The center point access into the Cosmic Mother principle exists within these outer rings of the unmanifest fields that intersect with sections of the artificial matrices that are called the Abyss, which can be entered from the Daath portal. These outer spaces are what form the Abyss of un-identity or un-being, the sections of the Luciferian Abyss in which the ego constructs are eventually digested and absorbed in the phantom matrix.

Thus, the Daath portal in the Artificial Tree of Life has corresponding links into all 2D Gates in which the Cosmic Mother consciousness embodied into matter; the Temple Mount and Sarasota gates which link with the Stonehenge gate and connect into the Belinus Line or ‘Spine of Albion’ that is located in the United Kingdom. Guardian grid projects are rehabilitating the architecture in the Albion body, in which the matrices in the Spine of Albion are bonded with the Blue Feather host shield. The gradual elemental re-encryption changes that are occurring in the Spine of Albion matrices impact the bone matrix record in the Human 12 Tribes, which appears to release the 1D Death Seal and help to free the blood, bones and tissue from intergenerational Blood Covenants. This has implications in shifting the transduction birth record which also directly impacts the Dark Matter Template.

Essentially, during the Luciferian Rebellion the NAA captured the Family of Michael and got access into the Arc portal passages and gained control of the Spine of Albion, which infected multiple layers of portals with artificial matrices transmitting from within the 11D gateways, including the Daath portal. They intended to infiltrate all of the Grual Points in the Universal Time Matrix with artificial coding which would drag the consciousness located there into the phantom matrices.

The 12 Tree Grid is the base holographic instruction set of the Christos blueprint that corrects the continuing spiritual progression, for all manifest forms to achieve ascension through an evolving twelve-dimensional body.

Recently, with the acceleration of the war over the timelines collapsing sections of the base 10 architecture, this event has moved the position of entire soul groups and monadic families from out of these artificial timelines. Many of these groups are being retrieved through the Daath portal via the Mother Arc and Arc technology. As these soul and monadic families have been moved out of artificial timelines and onto organic timelines, this has corrected the soul groups positions throughout time and space, resulting in major adjustments being made to the transduction sequence or birth records.

"I looked for God in all the temples, mosques, and churches; and I found Him in my Heart." ~Rumi