This is a tale mentioned by Gurdjieff in Ouspensky's book In Search Of The Miraculous. It well illustrates humanities position on this planet as controlled by black magicians. (aka the human and non-human Controllers that play out the N.A.A.) The tale is as follows:

There was an evil magician. He lived deep in the mountains and the forests, and he had thousands of sheep. But the problem was that the sheep were afraid of the magician because every day the sheep were seeing that one of them was being killed for his breakfast, another was being killed for his lunch. So they ran away from the magician's ranch and it was a difficult job to find them in the vast forest. Being a magician, he used magic.

He hypnotized all the sheep and suggested to them first of all that they were immortal and that no harm was being done to them when they were skinned, that, on the contrary, it would be very good for them and even pleasant; secondly he suggested that the magician was a good master who loved his flock so much that he was ready to do anything in the world for them; and in the third place he suggested to them that if anything at all were going to happen to them it was not going to happen just then, at any rate not that day, and therefore they had no need to think about it.

He then told different sheep...to some, "You are a man, you need not be afraid. It is only the sheep who are going to be killed and eaten, not you. You are a man just like I am." Some other sheep were told, "You are a lion -- only sheep are afraid. They escape, they are cowards. You are a lion; you would prefer to die than to run away. You don't belong to these sheep. So when they are killed it is not your problem. They are meant to be killed, but you are the most loved of my friends in this forest." In this way, he told every sheep different stories, and from the second day, the sheep stopped running away from the house.

They still saw other sheep being killed, butchered, but it was not their concern. Somebody was a lion, somebody was a tiger, somebody was a man, somebody was a magician and so forth. Nobody was a sheep except the one who was being killed. This way, without keeping servants, he managed thousands of sheep. They would go into the forest for their food, for their water, and they would come back home, believing always one thing: "It is some sheep who is going to be killed, not you. You don't belong to the sheep. You are a lion -- respected, honored, a friend of the great magician." The evil magician's problems were solved and the sheep never ran away again.

It is essentially a story used to describe the functioning of the Service to Self (STS) thought center, and how its influence translates into the world and the minds of people. The tale of the Evil Magician is analogous to the concept of the Architect in the Artificial Mind Control programs that are feeding the Synthetic Matrix. This Architect is the False Father God of the Synthetic Matrix and in charge of the programs that keep people in a state of sleep and complacency. In the Castaneda books, the idea is similar to that of the Predators who feed off the unaware humans of the world. Don Juan explains that:

The crux of the matter on which the whole ploy of the dark magician rests is humanities suggestibility, complacency and tendency to wishful thinking. The Gurdjieffian cosmogony traces these 'features ill-becoming of three brained beings' to the organ kundabuffer, (i.e. reptilian tail implant and ego filter imprints) implanted into man by angels at the dawn of time to keep man producing vibrations for the Moon, which had accidentally broken loose and needed to be thus fed to prevent further disaster. The organ kundabuffer (ego filter) makes man see all as pleasure, to see the small as great and the great as small and for all intents and purposes see himself as privileged and immortal. Even though the organ itself is allegedly removed, the effects in the collective mind persist by force of inertia. This is basically the same as Castaneda's predator's mind. The so-called kundalini is just a remnant of the power of illusion used by the dark magician to make sheep think they are magicians themselves, Gurdjieff tells us. These are all traps of an undisciplined mind and dominate ego filter which block consciousness.

Any variety of disciplines may be applied towards the setting of spiritual goals to achieve greater ego transcendence.

One must comprehend that you can end the dark consequences of the Kundabuffer Organ (ego filter and consciousness blocking) only with the three factors of the revolution of the Consciousness.

These three factors are:

a) Death of the Ego and animal nature, the Psychological “I”

b) Birth of the Spiritual Being (Inner Christ) within us

The ego dies based on rigorous creative comprehension of these larger truths. The Inner Christos Spiritual Being is born within us during our hierogamic union or embodied Hieros Gamos. The Service to Others path is the greater sacrifice for all of humanity which is the Christos embodiment of God's Eternal Love.

(Source adapted with gratitude from Gnosisteachings.org)

"Split a piece of wood, and I AM there; Lift up a stone, and you will find me." ~Gospel of Thomas 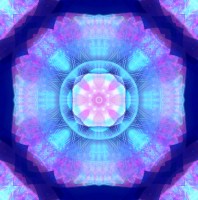 The Vatican and Dark Mother