What are Fallen Angels? 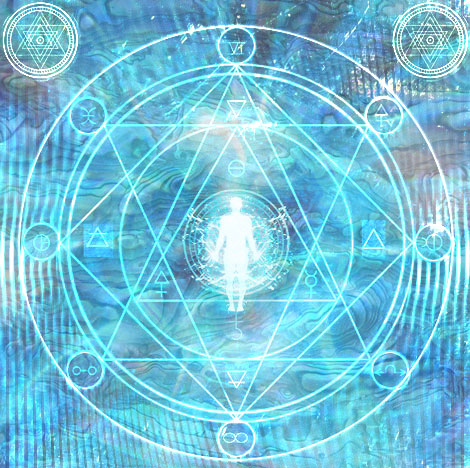 Many people are confused about the nature of “demons” and reject the idea completely due to the superstitious fear, guilt and shame overlays that have been implanted by the False Father religions. However, it is the pathway to wisdom to begin to understand and accept as a part of the creation of planet earth, that they do indeed exist. They exist in a way that is not clearly understood by the masses as a “collective consciousness”. It is important to have healthy respect for these levels of being, and at the same time, to not be ignorant and in fear of the power they have collected on the material earth plane. The power they have amassed is due to the human population remaining in the dark consciousness of deception and illusion where they are not made aware that their own body acts as a vessel for these impostor spirits. When a person allows themselves to be used as a spiritually abusive vessel of negative emotions, (See AD Behaviors) they spread the collective consciousness of that particular negative emotion and/or its demonic presence. This is especially so when they have no self-awareness and are not self-responsible and in command of their personal thoughts, emotions or energies.

As an example, when a person is overcome with carnal desires and is unable to determine that these negative addictions and emotions are spiritually abusive to themselves and others, they become a vessel for such impostor spirit that holds the vibrational match to that negative emotion.  The more mentally fixated and obsessed a human being is about a type of negative energetic signature, the more disfigured and grotesque their lightbody becomes, which attracts demonic presence. When this is not corrected the person descends into insanity and loses energetic and mental cohesion.  The demonic presence will amplify the negative emotion and connect to the collective consciousness of that quality of vibration in the earth plane. So that the person who is “hooked into” the mass consciousness may become so addicted and obsessed they cannot stop the mental looping without a huge personal effort and spiritual devotion to Christ.

Since last year the Fallen Seraphim or Demonic presence of Leviathan has surfaced into the earth fields at unprecedented rate. The Leviathan is the gatekeeper of a legion of entities that feed into its collective consciousness power on the earth. One such “sub-entity” of Leviathans force is the Baphomet. When people call upon Baphomet they are feeding into the Leviathan Fallen Angelic entity.  Additionally, the Fallen Angelics are manipulated by the Negative Alien Agenda, and are abused by extradimensional entities that use these earthly based forces for their agenda. Leviathan is a popular demonic for the NAA to abuse on the earth because its main source of collective vibration makes up the base carnal desires of envy, jealousy, coveting and lust. So the manipulation of the Leviathan forces on the earth, through the NAA entities, yields a tremendous amount of energy based on these collective forces. Many human beings on earth feed into this force when they “covet” a person, place or thing without their personal awareness of what they are creating when they do so.

Coveting is many times mistaken by disconnected and confused people who are desperately looking for their purpose and fulfillment in life. They look at what another person has achieved or has (such as a wife or house) and mistake that set of circumstances for their own meaning and purpose in life. This is wrong and convoluted thinking as one never achieves peace in their heart by making comparisons to other people.  Coveting when not corrected by clear thinking, evolves into cheating and stealing. As many people delude themselves to think if they just “achieve this” or “get that” somehow, they too will become happy and fulfilled in their life.

Nothing is further than the truth.

This is why it is very important as a Krystal being on this earth to be fearless in the face of Demonics and to understand them for their purpose with the earth. To understand how they work is to have the power to not feed into the negative forces that manipulate humans or these Fallen Angelic groups. Only the Spirits of Peace, the Spirits of Christos can liberate humanity from the clutches of these negative emotions and perpetuating negative mental states which lead to demonic posession. These psycho-emotional levels are states of low consciousness that can feed “demons” and the Fallen Angelics, as well as serve the agenda of the NAA.

Now is the time to release fear and accept the wisdom that can be learned from the Fallen Angelics or demons in the earth. The Krystal Star has returned to liberate and eventually free these beings from the tour of duty on earth, and to eliminate the continual abuse these beings have endured. Alistair Crowley, a NAA contactee, was one such abuser whom called upon demons to be bound to do his personal biddings and serve his every whim. He manipulated Solomon Keys and Gnosticism to his own brand of ritual called Thelema. This is not their purpose to be commanded into enslavement to do one's bidding, they should be honored for their role with the earth and not feared. These groups have been just as enslaved as humanity on the earth, as the NAA has thrown the balance of the planet into a collective field of Satanism, and this was not the intention of any of these forces.

What are Fallen Angels or Demons?

Demons or Fallen Angelics are a part of the human and nonhuman collective consciousness on the earth and exist as energetic interplay between human beings that were designed to manifest the required polarities that are necessary for manifestation in the material realms. In this density of the earth counterbalance points were required for the evolutionary process of “synthesis of these main polarities” through the three main sets of forces.

Demons, are a part of the impostor spirits, may have been either a human, or non-human, also comprise those separated from their souls, or discarnate spirits which have never inhabited a human body.

Demons may be regarded as material corporeal beings, as they are lower spirit beings, which are not inspirited by the breath of God, nor exist in the higher celestial realms.

Humans and nonhumans can conjure these spirits and then become possessed by them and their material or negative nature, especially if they are not mentally clear and emotionally balanced.

First Hierarchy: Fallen Angelics, Fallen Seraphim, depending on their male and female spirit essence, defines their class as false light of the Father (Lucifer), or the material elemental forces that came out of the Mothers earthly body, the False or Dark Mother which is Satanism.

They each counterbalance to a male and female principle energy aspect in their realm.

They have a main collective energy field they command as group consciousness and related entities in the Predator realm that exits in the material world of forces.

Second Hierarchy:  Fallen Angelic hierarchies which descend in order of Fallen Seraphim to Cherubim, Thrones and Powers. The entity is the gatekeeper to that realm of consciousness and its entities (both human and nonhuman) that are consumed by its negative thoughtform vibration.

Third Hierarchy: Human Souls in the process of earthly reincarnation cycles that have digressed in to Geni or Jin which is a shadow creature, no longer human, it retains a counterbalance in the higher spirit realms of which it has been disconnected, from its Soul matrix.

Includes: The Human Beings Ancestral or Family of Origin Spirit - The most troublesome ancestral spirit is the souls of those who have committed suicide or died a violent death; the unburied, or restless and dissatisfied spirits. These are beings that cannot be reborn into reincarnation and have been severed from their soul extension community.

Includes Human Souls that consecrated and dedicated their life force/soul to a False God or Impostor Spirit or Demon, in a previous lifetime, in past, present or future, usually for personal gain or access to some power in the material world. This also can be influenced by an ancestral spirit, someone in the ancestral biological family line who is manipulating negative form of that unaware human being.

Includes Human Souls that have died violently or hold strong obsessions from lack of completion in trauma to the being, and are ghostly spirit disconnected from its eternal soul, they exist in a type of purgatory in the in-between worlds with the demon spirit classes. They have been extremely corrupted, compulsive, deceitful, jealous or greedy people in a previous life. As a result of their imbalanced karma, they are afflicted with an insatiable hunger for a particular substance or object. This is comparable to a Hungry Ghost, a spirit who suffers and roams the world as it cannot find peace or absolution to its conflicts.

Excludes Human Souls incarnated into another realm, planet or Universe.

There is no harmony or agreement, of sound or any other kind, between Christ and Impostor spirits. Christ is the Truth personified, while the Impostor Spirits are liars and deceivers.

Once a person is dedicated to Christ, one may gain command of Impostor Spirits in his own mental universe, and is capable to remove their negative influence from his life.

Calling upon the Spirits of Christos to replace these Impostor Spirits and their negative mental thoughtforms is the key to peace and liberation.

Blessings to all for a peaceful and loving heart,

"Affection is responsible for nine-tenths of whatever solid and durable happiness there is in our lives". ~C. S. Lewis