Listen to the Podcast here!

As the etheric filaments of the collective planetary field membranes (which make up the Ley Lines of the earth), are filling with the corrected patterns of subtle vibrational energies, it creates chalice configurations for the Mother principle to run its life force through the tributaries of the earth. These corrected patterns are intersections of the flowing life force current that circulate throughout the planetary heart system, as they are pumped through the Aurora Portal Networks and Mother Arc Hubs. These Krystal Star networks are built into the planetary body to run Aurora Christos and Aurora Mother tri-wave current to heal the planetary heart of massive amounts of collective consciousness trauma.

Many of us have been feeling the elemental changes and deep shifts in our cells. The animation of matter from the magnetic shift is penetrating the second layers of our emotional-elemental body, which have deep impacts to memories or negative emotions buried in the Instinctual Body which is also known as the Pain body located in our 2nd Chakra.

The shift in the elemental body requires transmutation which may have a sensation that is similar to observing the decomposition of matter in the cycles of life. Microorganisms, some parasites and insects act as the earthly matter alchemists and enzymatically shift the elemental composition or digest the waste product of decomposing matter. As such, many of us may sense our body detoxifying or eliminating waste product and feel our body attempting to find homeostatic balance with its internal microorganisms and parasites. The strange sensations come with enzymatic change of the chemical composition inside our elemental body. This may exhibit a different external sensation of skin itchiness, skin crawling feeling, rashes, boils, acne, signs of minor infection, etc.

A tremendous amount of change to the elemental and emotional bodies is underway now.

This has also been evidenced lately as the planetary body is shaking and quaking lately to reposition itself for an entirely new Magnetic Field Grid Network System to power up new levels of the Mother Arc. The Guardians are calling this aspect of Mother Aquamarine Ray energy, a Magnetic force powering up in our Earth Core, The Mother Arc. The awareness and systematic dismantling of several obsolete controlled architectures in the planetary field have allowed this new architecture to come on line. It is similar to understand we have poked a hole in the mind controlled frequency fence and reconnected our handshake hub to reconnect with the Mother Arc in the earth core and connect with the Universal core. It is through the Mother's Perfect Proton Seed (or Cosmic Egg) that Creation can Heal Itself to its Original Divine Blueprint of the Diamond Sun body of Christos.

This previous weekend’s sequence of events began another cycle of the Mother Arc emerging from the earth core into volcanic arc chains and their islands on our planet. This is a process of reanimation of the Mother’s magnetic principle from the earth core and into the earth crust, of which the volcanic islands and mountain volcanoes act as transmission antennae into our lower atmosphere and beyond.

The epicenter of the surging up from the earth core thrusting upwards from the crust are hitting into two of the deepest oceanic trenches in the planet in the Indian Ocean, the Diamantina Deep Trench and the Java (Sunda) trench by Sumatra, outer borders of Western Indonesia on the Indian Ocean. The areas surrounding the Indo-Australian tectonic plates and the Antarctic plates are very active now. The Indian ocean floor is spreading at the pressure of these deep trenches, and its applying pressure in the boundaries of which moves the oceanic plates. Some research links below are provided to consider on the oceanic plates and the trenches impacted at the epicenter.

The islands in these borders are active with magnetic flux and tectonic plate shifts. It has been mentioned that these are the "Volcanic Arc" chains in the Indian Ocean most active now. It is interesting this activity is only in the Southern Hemisphere at this time. For all of our Western Australian’s and those that live in the Southern hemisphere near volcanic geography and near coastlines, pay special attention to listen to the volcanoes, water and nature in what they are communicating.

As well this new cycle will pressure each of us to pay attention to our Instinctual body, our emotional-elemental body and what it is undergoing. 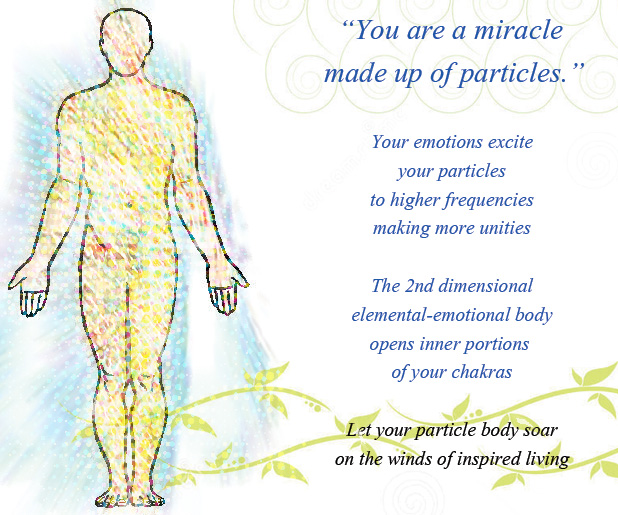 What is the Emotional-Elemental Body?

In order to understand the Internal Structures of Ego which we also refer to as “Houses of Ego”, it requires the awareness that there are three main layers that function together, the 1st Chakra, the 2nd Chakra and the 3rd Chakra. The three layers of mind work together to serve the functions of the ego in all human beings. Each energetic layer has separate functions yet all three layers are interconnected and directly impact each other. As we learn about the layers in the internal structure of the ego, this clarifies the purpose of identifying what the ego is and how it operates within us. When we understand how ego operates inside our mind we are better equipped to heal the energetic imbalances of Negative Ego and the pain body.

The Guardians have identified the seven most painful implants of separation that impact the majority of human beings on this earth now at the 2nd Chakra layer of the Pain Body. These one or more combinations may surface for your witness and healing of buried memories.

This is the instinctual layer of ego which for many people remains a part of the Unconscious Mind as many do not pay attention to the cause of their instinctual drives or Addictions. Many people exist cut off from their feelings and have difficulty identifying their feelings in the moment to moment. This is a side effect of a closed Heart chakra, Soul Fragmentation or blackened heart. The first part of healing is to be willing to pay attention to impulses and drives though dedicated self-awareness. The second layer is directly impacted by the first layer to the degree the painful memory is experienced in the person’s hard drive.

This second layer is also called the pain body.

Because the Instinctual Mind is the pain body of the Three Layers of Ego it collects many different levels of emotional trauma and pain and buries it in this area of the body and its "mind" centers. This accumulative pain is collected from previous, current and future lifetimes of Soul Fragmentation as a result of pain, abuse or trauma. When this pain is unhealed it results in split personality, disassociative personalities or in SRA this is called "altars". These fragments are attachments which collect, congeal and attract spirit attachments from the Astral Plane at both the 2nd Chakra and 4th Chakra layers. This over time builds up more painful Miasma, Dead Energy to block the 2nd Chakra and the Soul Matrix from embodying. Further it creates the 2D Walls of Separation within the Three Layers of Ego and embeds inside the Instinctual Mind.

From the accumulative lifetime(s) of pain builds more walls of separation which are purposely held in place through the Victim-Victimizer software, a self-enforced human enslavement program from the NAA. Through the deep unworthiness and lack of self-love resulting from repeated traumatic abuse, the rejection of God and the crucifixion of the inner spirit is maintained easily. This leads to Negative Ego behaviors to cope with the disconnection from God, which we can observe in the '''Seven Houses of Ego'''. As we build these Houses of Ego from ignorance, we allow their equivalent demonic spirits to dwell inside our mind and body. These demonic spirits increase the power of the Houses of Ego in human behavior which invite the predator forces to use or possess the mind and body at will. This is the definition of mental and spiritual bondage to the predator (dark) forces of the Imposter Spirit.

Starseeds have an earth mission to heal these memories (and timelines) in a multitude of ways.

The goal for spiritual protection and to find peace, is to dismantle the houses of ego, evict the demonic and predator forces, and replace them with the Houses of Christ. State your authority and intention to be of service to God and to build a strong relationship with one’s Inner Spiritual Light and Christos. As you devote your attention and focus on the quality of the Spirits of Christ, the Houses for Christ grow stronger.

"There is nothing more dreadful than the habit of doubt. Doubt separates people. It is a poison that disintegrates friendships and breaks up pleasant relations. It is a thorn that irritates and hurts; it is a sword that kills." ~Buddha