One of the massive forces that exert control over one’s personal will is the collective consciousness of the masses that are connected through the human race as species memories. When we allow the collective consciousness as a consensus to exert complete control over our consciousness, we allow this to overlay a superimposition over our individual consciousness matrix. The power of the mass consciousness has tendency to take us over and can develop into “mob frenzy”. Or we identify with the feelings being generated and we jump on the bandwagon of what we are being told even if it is not true for us.  Once you allow yourself to be sucked into the masses, one loses their internal rudder and is unable to decide how your personal consciousness energy is being directed. This is the most common way a person’s consciousness energy is easily stolen from them, without their participation or consent. Their individual consciousness is drained or siphoned from them as they feed into the mass consciousness matrix and its mind control programming. Once enmeshed with the collective matrix and feeding into the program, you become hypnotized by the external events that are primarily run by deception and illusion. Most people think that what they see is real and what they think is happening is actually happening. To mind control the consciousness of the masses and control their perception is how slaves and drones are created. Humanity is cultivated to shape values and ideas that the Controllers have cast through the lens of the predator mind. Until the individual can identify and sense the predator mind construct, they are engaged with that lower mind and what has been created in deception and illusion to trap the individual into feeding into the collective consciousness program. Tyrants, Dictators and Despots through the ages have withheld information and even erase historical facts to retain power and control over who they seek to exert their rule. So the goal of the Archontic Controller is to keep the information erased and hidden - that every individual has the conscious choice to discern their personal energy and decide where they want to place their energy.

If you are willing to be a truth seeker the deception will eventually reveal itself. If you are willing to take responsibility to exert control over your own consciousness, the control mechanism to the collective consciousness that you had been engaged with previously, will die. It is only then it is possible to move away from the deception and begin to spiritually develop into new realms of consciousness intelligence. As you increase consciousness intelligence you will be able to learn how to navigate any kind of physical, mental, emotional challenge, any kind of death process.  This breaks the mass hypnosis and spell that you had lived under. This will scare the people around you that are still connected to the consciousness matrix mind control program.

When we break away from the mass consciousness programming, it can be very difficult. Yet, retaining our awareness and choosing to stay awake and conscious in all of day to day life, makes all the difference. It is important to help emphasize to one’s mind the possibility (and eventual fact) that consciousness does not need the body to exist. Simply knowing that the consciousness exists after the death of the biology helps one retain dominion over personal consciousness and helps safe passage when leaving the body.

Whether in sleep state or meditations, it is important to know and realize that there are many hyper dimensional pockets, trick windows, astral delusions,  and consciousness traps that may look like or impersonate doorways to the higher light. These are called False White Light traps or False Ascension spaces. There are also spaces that are used as soul traps or consciousness traps, which are used to keep a person’s consciousness stuck like a hamster on a wheel, going in circles and not moving anywhere.

This is why discernment and comprehension of how consciousness works and placing your value and attention on developing personal consciousness is so important. False White light and consciousness traps are like machinery, they are not fully sentient. Instead they are like replicants or artificial intelligence, which may be cognized when one has developed sensory ability and feeling through heart consciousness. When one has a connection with the 12D field and the heart and Spirits of Christ, you will feel the harshness of non-sentient or alien matrices immediately. They feel machined, artificial, metal like, sharp, may feel or sound "tinny" like an aluminum foil. When one is active in the pursuit and dedication of expanding ones consciousness, and knowing these consciousness traps do exist, you can avoid them. In some cases, you may even be a part of the grid work teams asked to dismantle them to stop other soul’s from being trapped inside them.

Sometimes, we will be pulled inside these traps to learn about them, the danger is if we allow ourselves to be tricked by the illusion and stay there. These consciousness traps have a certain type of hypnotic feeling, mesmerization and even enchantment sensations. The alien machinery uses the twin soul delusion to create manipulation in people wanting to have sexual or other types of relationship experiences, and this is a common form of consciousness trap. (Eve Lorgen calls this the Alien Love Bite). Those that enter consciousness traps and who engage with the false light, trickster portals and consciousness traps risk becoming enslaved and continuously stuck in that space. This is high risk as that person will be genetically controlled to be made subservient to the NAA. They risk being reborn into the lower material realm of the lower astral where they are disconnected from upper soul entirely, and are harvested for nonphysical slave labor in the lower realms.

As we are made clear that this has been the agenda running this earthy realm for thousands of years, it is the mission and spiritual work of the few that have dedicated themselves to the Reclamation of the Christos-Sophia, and to help reclaim these consciousness aspects that have been enslaved in these lower realms for aeons.

There are a great many learning opportunities that help us gain self-mastery in the material world distractions. The most important lesson is becoming aware of these distractions, then to override them from controlling your personal force of will and consciousness. This is the process of non-attachment. The ultimate dismantling is the release of all attachments, including the attachment feelings to being attached. It may be helpful to identify, locate and release attachments that bind or limit your consciousness.

May this serve to help release attachments that lead into consciousness traps. Love, Lisa

"This is my simple religion. There is no need for temples; no need for complicated philosophy. Our own brain, our own heart is our temple; the philosophy is kindness." ~H.H. Dalai Lama 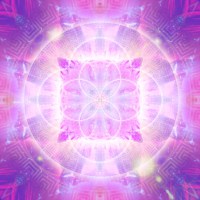