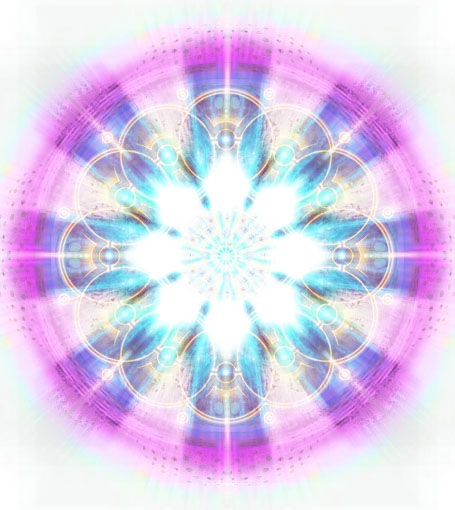 These new cosmic frequencies are forcing everything hidden to be revealed in so that core structural changes can be developed in order to survive or progress forward. The operating system of organizations and entities must change in value from a closed (exclusive) system to an open (inclusive) operating system, in order to evolve and survive ongoing in these new frequencies. We may be required now to build a new platform for our life, or make small or big changes to how we function in our day to day life.

The higher frequency you are working within that is inside any of these old organized structures will reflect the sudden onset of collapse, immediate chaotic changes or economic flatline. As an example, people that are working within jobs of creative, artistic or spiritual interest will have an immense pressure to change their attitudes, values and rules of engagement to reflect a matched higher vibration. The matched vibration is open and inclusive – not hidden or exclusive. The more dense control structures take more time to dismantle fully, and although not impervious to radical chaotic change, will be slower because of the bureaucratic red tape of the governmental and societal systems that are very slow to make progressive changes. These systems are collapsing, but are meeting a critical mass of its “collaborative collapse” as so many of the World Pillar control systems are interdependent and falsely propped up on each other.  These are completely unsustainable systems built upon competition and divide and conquer.

During this period, when challenged by the 3D structure, practice states of engaged detachment to such scenarios as accusations, betrayals, legal and financial compliance issues, losing material objects, etc. The entire base foundation of one’s primary support structure is changing now. YOU may be pulled out of places or organizations that you were previously working, living or removed from people that you were collaborating with. Meditate and rest a lot, as dealing with these types of issues can be quite physically draining and stressful. Many of us must withdraw continually to our inner sanctum to gather inner strength and energy for the next round of changes.

The old control matrix and the hidden entities manipulating and using it are barking, biting and scratching in every way they can to gain some momentum. The control matrix is an intrinsic part of all of our banking/money, legal, educational, medical/drugs, compliance structures and job systems, so these areas have been slapping us silly with all they got. The closed control system model is deranged and broken. It has been revealing its mad psychosis to us more and more with every passing day. The desperation of these entities behind the control of these systems is desperate when it is realized that they cannot function in the same way anymore. As a result to this desperation, more mind controlled automatons appear with a standard boiler plate to wield more bi-polar attempts to force mass compliance to their generated fear and terrorist mechanism. Unfortunately, the unconscious masses are being mostly preyed upon to be the enforcer of these negative agendas, in fear of a paycheck or security for their families.

We are observing a necessary part of the integration process into the new frequency structures that change the governance directing consciousness energy. We have accelerated in a huge burst forward and it’s changed what level of the frequency structure we can connect into now. It generates temporary energetic schisms of huge discordance in the opposing polarities of the external field. Needless to say it creates a lot of chaos, confusion and disruption to gather the inner strength to transcend. Those on the ascending path should be getting used to this now. You may see undisciplined people acting out their nasty stuff on the stage, as well as human compassion and philanthropic beauty being displayed all in the same moment to moment. Sometimes, it will feel like a chafing of building abrasive energies that can feel unbearable as they integrate inside your personal vessel, as our auric field is designed to work its consciousness magic to harmonize the environment and help resolve conflicts between our being and others. Have you noticed another flux of people from the past, or family, co- workers and all those relationships from multiple identities seeking healing, resolution or guidance?  As we are being accelerated forward, at the same time, unresolved conflicts from the past seem to also be pushing these scenarios into the surface for some mad rush for closure.

Most of us recognize this consciousness elevating process (initiation into new fields of frequency) as the “integration of polarities”. One cannot be a true knower without having had the direct experience of becoming it through the embodiment process. Every Mystery School emphasizes this as a critical initiation (state of consciousness elevation) to be able to transcend the illusion of form as being real. This has been especially emphasized with the Starseed, as many of us were not intrinsically 3D human, nor did we share the same Archontic value system of  enslaved humanity. We had to learn how to become a 3D human in order to transcend that limitation in service to help the rest of humanity to ascend and find freedom. As most of us have experienced a high level of physical discomfort with the forces of resistance, counter-energies. NAA or a plethora of confused and adversarial forces placing obstacles in our spiritual mission pathway. Many times, the intensity between the polarization of opposing forces is the necessary catalyst to slingshot our way past levels of low density or decrepit energy structures to elevate us quickly to a new consciousness. That is exactly what is happening during this phase and you may be feeling it as such a core rattling experience that it is your molecules rearranging.

Beyond the body’s physical exhaustion and attempts to recover from the pushing and pulling of external energies around us, manifested events have elevated to new bi-polar energetic extremes. For those of us committed to be the vessel of these divine spiritual projects, we know that the backlash is inevitable as the equal/opposite merge of the new frequency appears. Its cellular memory unlocks many dimensional time doorways that were previously closed for the past, present and future, and it changes the current potential possibilities accessed. This is how we perform reconnaissance work and reclaim the consciousness memories, return the silicate matrix DNA of the Cosmic Christ consciousness to humanity and the earth.

This path is not for the weak hearted and clearly all of us have been confronted with extremely challenging issues stemming from the grasping desperation of the Imposter forces behind the 3D mind control programs. The level of unconscious reaction received as a backlash from the new frequency architecture anchoring, has been very difficult and very hard work. We are birthing a completely new open architecture and divine infinite calculus on the planet at this time, and its holds great promise for all of us.

Practicing Engaged Detachment: Develop Self Awareness of Inner and Outer Dialogues through the Observer and Compassionate Witness. Refocusing mental perception from Negative Thoughts to its Positive Polarity through Unconditional Love and Forgiveness towards the self and others. Learning how to focus on positive thoughts to replace negative thoughts are the first stage of ego discipline, the second stage is applying neutrality or neutral association through sustained focus, as in inner stillness found during meditation. This is because many people in ego behavior misrepresent neutrality as disassociative reaction to external events or others feelings. Disassociation and neutrality is not the same state of consciousness. Disassociation is disconnected from circumstances and disconnected from spiritual consciousness. While neutrality is connected through self-awareness, through the observer point of the heart intelligence of compassionate witness. This process is called engaged detachment.

"Do not go about worshiping deities and religious institutions as the source of the subtle truth. To do so is to place intermediaries between yourself and the divine, and to make of yourself a beggar who looks outside for a treasure that is hidden inside his own breast." ~Lao Tzu