The Conditioning of Lunacy 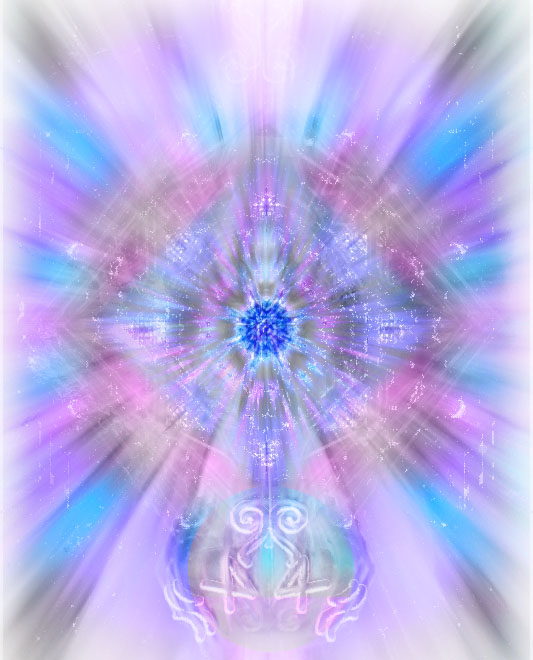 As we move forward this year, it is very important to understand that planet earth and her inhabitants are moving through a very turbulent time of collective consciousness transformation that directly impacts the mental body. We are undergoing another stage of core magnetic field shifting that radically elevates the magnetic tone resonance that emanates from the inner core of the planet. Because of how the magnetic field resonances connect with our brain’s neural net and stations of consciousness, the 3D personality and its mental body constructs will lose coherence in its ability to process in linear and logical ways. This means we are required to synthesize our heart-brain complex and activate the higher functioning mind that exists above the layers of the personality. Thus, people that are heavily dependent on their intellectual capacity, extremely mentally rigid, or severely traumatized or fractured are having a really difficult time maintaining stability and coherence during this time.

Recently, it has been made clear that more of the public are not faring well physically, as well as psychologically or emotionally from the massive impact of magnetic shifts made in the global brain resonance. This is not an easy discussion to have, but this issue needs to be drilled down further so that those of us that are observing this phenomena in the collective have a point of reference for compassionate witnessing. This particular theme of lunacy is disturbing and many of us will need to gather strength from the fact that this is happening in greater numbers on the planet. Rather than choose a formal psychological label that is used to describe mentally fractured people, I am using the word lunacy to help connect the erratic behaviors that are in relationship to shift in the moon, lunar forces, soul fracturing, and its artificial magnetic field that transmits mind control programming. Currently, it is more sensitive to refer to a person of unsound mind as a person with a mental illness, but this does not take into account the direct connection mental illness has to soul fracturing, and how the moon and lunar forces are deliberately used to fracture people by the NAA. The moon's artificial structures are interdependent on the planet’s magnetic field and the remaining lunar forces to co-exist within a certain parameter of 3D frequency circulation in the planetary grid network. As the lunar forces are being replaced with more Solar Plasma Light in the grid network, it can be the trigger that catalyzes either spiritual awakening or psychotic break in the mental body of the public.

This is more apparent in the people that have not had any direction to discipline the negative ego or mental body, an uninitiated person that has not been introduced to the necessary self-reflection and inquiry work to resolve mental and emotional conflicts and recover their core self. When a person remains very internally conflicted and lives within perpetual cognitive dissonance, this generates a lot of stress and pressure on that person’s body, especially in the mental and physical body. Every person has a pressure point or breaking point and when there is enough pressure exerted on the body, deviations in behavior can occur. When people are internally conflicted and fractured they reach a point where they will explode, as a bodily mechanism for releasing the energetic pressure that emotional and mental conflicts create. However, when a person develops themselves spiritually, and frees the lower mind, they become incredibly strong and able to withstand pressures that many others are not capable of.  This breaking point is occurring in some of the fragile minds of fractured or traumatized people, and is what we are witnessing in larger numbers. This unstable, and sometimes insane behavior, is something that we should be able to discern quickly, and be able to be neutral and stand fearless while in its midst.

With the infusion of massive technological warfare and psyops made against the minds of the people, this brings another category of assault which is the intended creation and spreading of lunatics in the environment, and the lack of spiritual support or medical help that is available for that group. Currently, the phenomena of producing lunacy and lunatics is apparent and rising in society, certainly it is strongly evident in the online environments, as the incoherent and fractured behaviors of lunatics are being conditioned to become more acceptable and normalized in the popular culture. This year we have significant changes occurring that are evicting out more of these lunar forces, removing lunar entities from lower dimensional realms in the earth body. The interconnection that is made between the magnetic force disruptions to the lunar force AI structures in the earth, is raising the problem that segments of people are interdependent on these artificial magnetic field pulse rhythms to co-create their perception of consciousness reality. These groups are people filled with lunar force, which is a black field substance that is connected to the moon chain lineage and lower satanic entities. As the lunar force and magnetic changes are spiking into much higher resonances than ever before, some people are losing their grip in reality.

A lunatic is an informal term describing a person whose behaviors and actions are considered mentally ill, dangerous, unstable and unpredictable. The term lunatic derives from the Latin word lunaticus that was used to describe madness, as the range of mental diseases thought to be caused by the moon. By the fourth and fifth centuries astrologers were commonly using the term to refer to neurological and psychiatric diseases. Philosophers such as Aristotle and Pliny the Elder debated that the full moon induced insane individuals with bipolar disorder by providing light during nights which would otherwise have been dark, and affecting susceptible individuals through the well-known route of sleep deprivation. Until at least 1700 it was also a common belief that the moon influenced fevers, rheumatism, episodes of epilepsy and a host of mental diseases. Apparently, because the use of the word lunatic was considered insensitive, offensive or insulting, it was removed from general legal or medical use. On December 5, 2012 the US House of Representatives passed legislation approved earlier by the US Senate removing the word "lunatic" from all federal laws in the United States. Although the word lunatic may have been labeled into a negative connation, it also removes the connection that mental disorders have to the lunar forces, and this knowledge is helpful to remember at this time of magnetic shifting. Our bodies are potentially able to evolve to hold much more solar light in our cells, and many of us are birthing a Solar Sacrum, clearing out the lunar forces in the sexual energy centers and filling this area with solar light.

There are multiple layers of inorganic architecture and mind control that have been artificially created to work with the moon to control, deceive, separate, confuse, torture and steal human beings sexual life force. These violations wound the soul body. When the soul fragments from any kind of intense trauma, it shuts down the soul connection, heart connection and systematically splinters the layers of the mental bodies. If this is not healed, the soul fragments are unable to embody at all, and exist in fragments strewn across the planetary consciousness grids. The physical result is a disconnected soul from its incarnated human body. The soul is outside the physical self, may exist in fragments, rather than energetically integrated to be embodied. The more soul fragmented and damaged a person’s energetic body is operating the more distorted the thoughts and behaviors become. Insanity is a diseased mind (diseased or disconnected soul) which leads the person to choose to continually inflict destruction and harm to the self and others. If continual destructive and spiritually abusive behavior is not stopped, it will damage the soul through fragmentation and genetic degradation. Insanity is a way to define behaviors which create soul destruction, that action which ultimately disconnect the body and mind from the soul.

This spiritual disconnection is the result of most all human diseases, brain dysfunction and related psycho-emotional distortions, many that have clinical references to bi-polar, mania, narcissism, and psychopathy. Once a soul is fragmented, the body is very easy to control through addiction and can be easily possessed. In order to feed the chain of hungry ghosts, to possess a human body by attaching to its soul fragments, is the way they are able to gain access into the soul’s energetic source. The more unstable, incoherent and spiritually abusive the behaviors, the easier it is to take full control over that person because they are weakened by their fracturing which causes lunatic types of behaviors.

To heal our soul we begin by healing our emotions, and negative ego behaviors. We choose to listen to our heart and feelings, and determine the ways we can become more kind and loving to ourselves and others. When strengthening our character, by increasing our tolerance and compassion for others, we help to develop Emotional Competence, as well as more confidence and Self Esteem. These qualities help us to have a better understanding and interpretation of what is actually happening around us, which increases our accuracy in the discernment of people and events. Negative and destructive emotions that are suppressed and remain hidden, greatly cloud our discernment and obfuscate the interpretation we make about events in our life.

Unfortunately, if we do not heal our negative emotions and conflicts, we will become prisoners of this inner violence, without understanding why we have been consumed in pain throughout so much of our lives.  As a result of the bifurcation, if unhealed inner violence is still present, these uncleared negative energies create a lot of pain and suffering that along with the changing magnetic field, will produce even more insane behaviors in people as the result of fracturing.

As the globalscape intensifies, we may need to monitor our own self care and wellness, taking intermittent sanity checks and retreats totally away from exposure to the mainstream culture, when observing the increasing lunacy that is surfacing in the environment.