The Epidemic of People Taking Offense, While Tolerating Abusive Behavior as Okay

The title of this article has been like wildfire in my inbox and has been increasingly observed in the social media landscape for many years now. Many people are taking offense and getting offended over minutiae, splitting hairs and getting really angry over nothing, while they ignore much larger issues that they actually should be concerned about. With this in mind, seeing this pattern escalate into epidemic proportions in the worldscape, this article is dedicated to the discussion of what it means when you are feeling offended, or when others get angry because they are offended at someone or something. When people are offended, it means their ego got bent out of shape when there was a disagreement and they did not get what they wanted. Many people get angry as a means of attempting to exert control over a person or situation. Maybe they didn't like the way something or someone responded to them, or the way a particular situation is being expressed or represented.

I notice that most people get offended by what they imagined to be happening, rather than the actual event and taking the time needed to get more accurate information for a factual understanding to verify what really happened. Usually the person is angry about something that never happened to begin with, they imagined something in their mind or misunderstood the message and they remain offended while perpetuating the narrative of their personal delusion. It is quite unnerving at times to observe this unstable behavior in action, because it feels like a severe breakdown in treating others with respect and human courtesy, along with a rapid digression of critical thinking, mental clarity and balanced perception. The inability to see beyond a tiny slice of information, from which a personal interpretation or bias has been gathered from the limited lens of negative ego and the acquired 3D fractured belief systems.

Over the years, it has been interesting to note a pattern surface in the new age rainbow type of person that can get really offended so easily, when it would seem logical if they really did identify with love and light, they would be all about propagating love and kindness towards others. Most of it is a facade. Some of the most cruel and unstable people I've encountered over the years, are those that subscribe to the new age bliss out pill, complete with fake smiles and flowery words. No one wants the hidden wrath of a new age astral junkie when you confront their beliefs!

For many people, the tendency to take offense at little things is rooted in a false perspective of security in what the negative ego has created as the nature of the outer reality, according to that person's belief system and mental perceptions. When that sense of reality or personal expectations are not met in the way that they wanted it to be, the ego gets offended and angry. We can see that this type of behavior has been increasing in the millennial or digital generation, in which the derogatory term, snowflake has been used to describe. The slang term snowflake may include a person perceived by others to have an inflated sense of uniqueness or an unwarranted sense of entitlement, or to be over-emotional, easily offended, and unable to deal with opposing opinions. Common usages include the terms special snowflake, generation snowflake, and snowflake that are commonly used as a politicized insult.

The term "snowflake generation" was one of Collins Dictionary's 2016 words of the year. This tells us things are changing in the social landscape in the US. Collins defines the term as the young adults of the 2010s, viewed as being less resilient and more prone to taking offence than previous generations. The terms generation snowflake and snowflake generation are frequently used in reference to trigger warnings and safe spaces, or to describe young adults as "anti-free speech", specifically in reference to a practice referred to as "no-platforming". The term has also been used to refer to a reported increase in mental health issues among young adults.

All people would like to have a sense of personal security and safety; most people prefer to have the good opinion of others and want to feel that they belong. In our society, we tend to secure those good opinions with outer performance and images that are not always based in the truth, but of the false persona that we show to others in order to be accepted and belong. This need to belong somewhere informs what we do, how we speak, how we dress, how we express ourselves in our world and present oursleves to others.

When our security is based on our outer performance and image, we may feel threatened when someone expresses something that is perceived to be negative or unflattering about us. The undisciplined unconscious and conscious mind reaction to that threat is to take offense or become angry. Even a casual, flippant, or offhand remark can gnaw at us and steal our peace. The way to prevent taking offense is to address our desire for personal security, which comes from self awareness and building the core authentic self. As long as feelings of security are rooted in our negative ego and false self, the tendency to take offense, even at the little things, will exist. If, however, our feelings of security are not rooted in the negative ego's perception of our outer performance and outer image, our perspective will change and our responses to the actions and comments of others will become much more balanced. We gain incredible strength when unconditional love is reborn as our new unifying principle, our true core self’s spiritual power and human dignity surfaces, and we are no longer shattered and overwhelmed by life’s circumstances.

Now lets add another ingredient of severe ego distortion that results in narcissism where the perceived offense takes on wrath and rage. These people take getting offended to another level, which can show up with the f bombs and other choice words from random people becoming unhinged. Clearly, as spiritual catalysts we are triggering random people more often, and the NAA have been sending out the dark portals for assorted levels of harassment. Still it is obvious if one watches a youtube or comes into contact with social media, the insults, expletives, and character defamation tactics has gone to an entirely new level for public consumption. The subconscious content of the masses is spewing out to the surface for all of us to witness.

This is a good article.

How a Person with Narcissism Responds to a Perceived Offense
March 9, 2017 • By Sharie Stines, PsyD

Many people are simply not educated on the concept of the “narcissistic wound,” also known as the narcissistic injury, and are in for a wrath beyond comprehension when they offend a person with narcissism.

When offended, a typical person might experience hurt feelings or feel insulted or angry. However, the offended person might ultimately talk it through with the individual who committed the transgression, with a willingness to repair the relationship and move on. This can take time.

In general, bonds are developed and strengthened through the process of “rupture and repair.” People learn to handle insecurities in a relationship by building trust over time as they see each rupture or conflict in the relationship eventually leads to a deeper connection or repair.

Not so in the narcissistic relationship. Offending a person with narcissism can lead to immediate, lasting, and perhaps irreparable fallout.

When dealing with a person with narcissism, the rules are different. This is true in all aspects of the relationship, but for this article, the focus is on the narcissistic wound. These types of wounds are unlike other types of interpersonal ruptures. These differences are listed below:

Since people with narcissism have distorted views of themselves, they tend to perceive any positive interactions as expected and any negative interactions as personal attacks. They are particularly sensitive to perceived negative attacks because they live in a pseudo-reality or delusional state about themselves in relation to others. They may genuinely believe they are superior to others, so when positive reactions come their way they may take them for granted.

People with narcissism generally feel an inner emptiness and thus need positive input from others in order to maintain their delusional sense of reality. When anyone contradicts their fantasy views of themselves, they get close to those unbearable empty feelings and react strongly in order to stop their impending sense of inadequacy.

People with narcissism tend to have a chronic inner rage. Most people experience anger, usually a response to a perceived threat of some kind. Anger helps us realize when we need to take action, and quickly. Usually when people are angry, they temporarily suspend their cognitive functioning and empathy to a large degree and tend to operate in immediate terms.

Since they are continually full of rage (the flip side of their internal shame), people with narcissism may use any slight as an excuse to release some of the pressure of this inner rage/shame struggle. article - www.goodtherapy.org/blog/how-person-with...ived-offense-0309174

With the ongoing dedication to clearing negative ego and emotional distortions in the pain body, we must learn to inherently place value on our own self worth, and to be responsible to own our emotional triggers. We also must know how to set healthy boundaries and be able to let things that bother us go. In the times we live, it is a critical survival tool to learn how to let it go and not let hurtful or harmful words said by others, eat away at you inside, disturbing your inner peace.

Being easily offended is a habit that we all can overcome. It usually indicates poor understanding of one's own emotions in favor of the strategy of trying to change the behavior of others. But, since we're all autonomous beings, we are only able to change ourselves, this includes how we understand and react to the world around us. A commitment to changing oneself rather than trying to force the changes we want to see on others, is a valuable choice that requires humility and open-mindedness. Here is a productive article for Understanding the Emotions Behind Taking Offense.

I hope this is helpful in navigating these types of scenarios, which seem to be escalating in the outer landscape.

With a Loving Heart,

Knowing yourself is the beginning of all wisdom. ~Aristotle 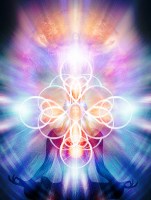