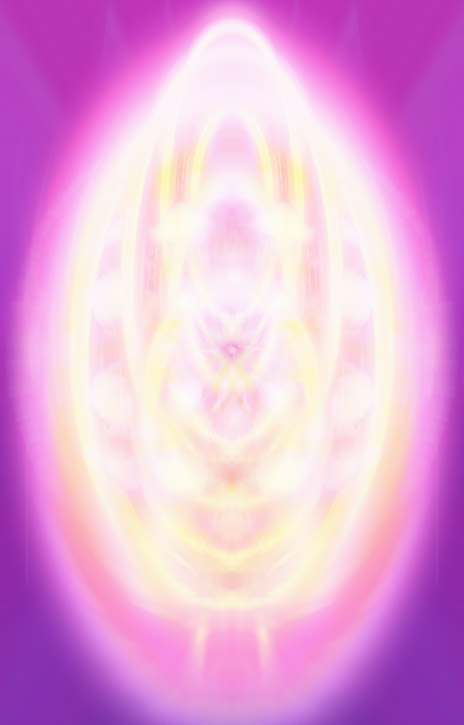 Spiritual Ascension is defined as consciousness expansion and includes the natural process of becoming increasingly energetically coherent, as well as integrated within our Lightbody systems. Increasing our energetic Coherence, increases our Coherent Receivers and coherent transmitters of intelligent light language. This is the natural process of restoring Energetic Balance to our consciousness, as we further our spiritual development. The human Lightbody is made up of refined filaments of etheric webbing that act as energetic receivers and transmitters of intelligent and conscious energy. This is the developed plasmic Lightbody function that allows us to communicate better with all systems of energy, whether dark or light energies, as we increase our range of sensory perception and intuition by developing our loving heart. When we are on the spiritual ascension path, we start to learn that energy, consciousness or spirit, has a very specific language through which it communicates nonverbally. This transpires organically as we embody our higher consciousness. As we start to build our lightbody, this also builds the energetic receivers and transmitters so we can exchange and communicate with many different levels of higher frequencies.

Once we better understand that intelligent energy is conscious, and consciousness is energy, we can build our own consciousness energy to become a Coherent Receiver in the field of electromagnetic signaling, that is present in all energetic systems and fields. If we better understand the language of consciousness, and we know what kind of signal to expect, (i.e. intuitions, feelings, symbols, numbers and archetypes) we can better receive those energetic signals and interpret them more accurately. This is what occurs when receiving signals via higher sensory perception, as it is nearly impossible to interpret signals if we do not understand them through the confusion that is created in our mind or through Negative Ego bias. The negative ego creates noise and static in the field of pure consciousness, interfering with the high frequency signal transmission sourcing from higher consciousness intelligence. The intellect and negative ego gets incredibly confused by these Electromagnetic Signals, because it is incapable of acting as a coherent receiver or transmitter. The negative ego is unable to discern between noise, static, and distortion because it cannot understand the actual content of a coherent signal being sent as a consciousness transmission.

We can perform a basic test on the coherence of our spiritual communication links by honestly assessing how well we have remained neutral, peaceful, and if we have maintained observer consciousness while in stressful or chaotic situations. When we are in neutrality and peace even while facing intense challenges, we directly increase the accuracy of coherent reception and transmission of information.

Coherent transmissions are energetic transmissions where the receiver is coherent and is capable of comprehending the type of intelligent energetic data that is being sent. The faculty of creating a Coherent Receivers are created by the consistent development of our higher sensory body functions, in conjunction with clearing our intellectual need to control the content of that data when it is perceived by the mind or negative ego. This is why it is critical to identify negative ego patterns, unconscious impulsive behaviors in our selves and clear them from exerting automatic control reactions over our mind and body. These negative ego thought forms are primarily masked behind inferiority and superiority judgments cast upon others, or blaming something or someone in the environment as the cause of one’s unhappiness and misery. As we develop observer consciousness by finding neutrality in all things, we have a more accurate sensory perception in any type of energetic transmission or circumstance. The uncleared negative ego superimposes overlays on top of the consciousness stream of intelligent energy, which generates a lack of coherence, distortions, blockages and an extremely limited perception of those energies or events.

Therefore, we must be diligent in removing the noise and static generated by the undisciplined negative ego projecting thoughts into our minds, in order to have more accurate higher sensory perception, and a greater ability to discern correctly the many different forces and energies that we are exposed to. A perfectly coherent energetic signal may appear to be noise and static to the intellect, if the person is only looking at a small part or the wrong part of the entire frequency transmission. To have optimal faculties of receiving electromagnetic signals of consciousness energy, we need to know the language of energy and to learn how to receive that signal through our heart based feeling and sensory bodies without ego judgment.

The optimal receiver of electromagnetic signals is our pure and loving heart, which comes with the development of higher frequency consciousness bodies. Spiritual or energetic transmissions are out of sync with the intellectual processes of the mind, so that the transmission interpreted by the negative ego will always produce errors in frequency, errors in phase, and thus, errors in deciphering the messaging.

When our memories are erased and we are in amnesia, we have no context for the Electromagnetic Signals that we are being sent during the Ascension Cycle, because we cannot translate them. So how does our body translate those energy signals of consciousness memory coming from other Timelines?

The human nervous system and our Lightbody processes the consciousness memories from other timelines in the form of receiving energetic signals first. If a person is disconnected from their heart and totally enmeshed in the 3D reality, they will not sense or interpret the signal. If a person is connected and awakening to higher sensory perception, they will sense and try to interpret the signal, and this may come in as a flood of memories, data streams or emotional sensations. People commonly refer to these as downloads.

When we try to interpret the signal that we have received, we are using the level of consciousness we have access to, to decode it and translate it into some kind of experience. The event will be translated into something that only has meaning to us personally, something which was recorded in some kind of pre-conscious processing. This means within some unconscious level or conscious mind level, something was recorded in the storage area of our memories. The association given to the signal will be related to the memories that are held in our body, the Mental Map that had been created thus far during life experiences, and the things that are very unique to each person. So usually the signal will be interpreted by comparing the meaning that we have associated within our own memories, to the memories that we have been given access to.

Bring to mind an energetic waveform coming in with information from other timelines or higher dimensions. As the signals are coming in, the body goes what's this? As the signal is coming in, the signal will be interpreted through the memories that are present in the aura of your lightbody and the associations that have been formed from those accumulated memories. For many people on the earth, the signal is ignored or not sensed at all, because it cannot be interpreted through the Negative Ego and the 3D belief systems that have been conditioned in a materialistic society.