Our nervous system is entirely responsible for the functioning of whether or not we are capable to receive, transmit and decipher higher frequency impulses and intelligent energy communications. During the Ascension cycle, our planet and humanity is exposed to an entirely new set of frequencies, coding and consciousness that is being transmitted from the Sun, Stellar bodies, as well as, from higher consciousness bodies designed to awaken humanity.  Further, if we can access these energies we are capable to be of service to the whole by anchoring them within our Lightbody, which then allows us to ground them into access within the planetary body grid system. If these frequencies are carried into access points that can run these intelligent energies of Krystal coding through the planetary grid network, it allows other human beings anywhere on the globe to access them much easier. Humans may not realize that intelligent higher consciousness coding is spreading onto the planetary grid network, and this potentially can change the way a person thinks, behaves and perceives reality. An individual person in Australia undergoing spiritual awakening, may not realize that many awakened groups of people on the earth have actually been running that frequency into the planet in order to catalyze their awakening. Most people feel their awakening very intimately and do not realize it was stimulated by their interconnection to their fellow human beings holding points of light on the grid, that have awakened in prior ascension waves. When we are capable to hold higher frequency, we can potentially change the morphogenetic field of the collective consciousness on the earth, and this builds a gradual domino effect of global awakening. Nothing can change the truth that we are all interconnected and energetically impacted by the actions and choices of others, and this will be reflected as either choices for the greater good of all or for selfish motivations.

However, if our brain or nervous system is being used to run spiritually destructive behaviors, involving ourselves in petty emotional dramas, manipulations and fear based programs, we will not have the energy available to receive or conduct these higher frequencies. We can be blocked from receiving these higher frequencies even when we are directly exposed to them, from excessive distraction in materialism, or uncleared accumulated negativity. There is tremendous amount of chaotic forces being purposely spread in order to confuse, obfuscate, distract and trap the masses into very low frequency behaviors that continually drain their energies. Forces of chaos are used both to instigate energy distraction into feeding fear programming, but also to energetically harvest people to play out emotional theatrics and focus all their time on meaningless pursuits. Additionally, on planet earth we are exposed to an array of neurological toxins designed to impair the organic functioning of the autonomic nervous system and keep brain wave activity in high stress states. Pharmaceuticals, vaccinations, chemtrails, ELF, radio wave and wi-fi exposures, genetic modified foods, preservatives, aspartame and recreational drugs are all designed to impair or damage the nervous system over a period of time with continued exposure, dulling the higher sensory ability and suppressing consciousness of the human being. When we become aware of the potentially harmful effects hidden inside the push of mass consumerism, we can make better choices to protect ourselves and our energies from being unconsciously drained by these forces using consumptive modeling to push their products on us.

If our nervous system is intercepted or interfered with via extremely low frequencies (ELF) or radio waves that use blocking transmitter technology, auric harness or mind control programming frequencies, it jams up the energy receiver antennae of our nervous system. This means our brain picks up static noise and confusing states of racing thoughts from the collective consciousness programs that further scramble our multidimensional perception. Mind control technology is used to promote use of the negative ego in the public, so once a person masters the discipline over impulses and qualities of negative ego, they can avoid being controlled by these fear based thought programs being broadcasted. If our higher consciousness reception is scrambled from excessive fear based thinking, we lose coherence and this scrambles our brain processing and its ability to signal to our cells and DNA. This describes how humanity arrived at the current state of our disconnection on the planet, with most of our usable DNA scrambled and unplugged through blocking nerve synapses from firing in our brain and cultivating a society of destructive behaviors that lead to nerve damage. We are entering a time of support for nervous system regeneration on the planet, and we can participate with these increasing healing frequencies as we choose.

As a result, during the last months many of us have been sensing upgrades and repairs to the nadial complex areas located behind our heart chakra. The Nadial System refers to the entire Nadial Complex, Nadial Plexus, the Nadial Body and its Nadis Capsule. The Nadial System is the entire system of the etheric blueprint body of the soul matrix which is responsible for our physical bodies Central Nervous System functioning and its relationships to send messaging to the Brain. Nadial complex repair circumvents harmful messaging that sources from alien machinery that may be implanted  in the Nadial Complex, that is disrupting the life force energies existing in the atomic body. This body is located in the first dimension, which interfaces with the planetary body and earth core. The 1D Atomic Body layer also connects to the Soul Matrix parallel dimension, and this is an area of vulnerability to astral layer exploitation from dark forces. Atomic repair is also to remove transposition filters that steal life force or create drains at the unconscious mind or Root Chakra levels in a person’s lightbody. These harnesses or filters are generally located in the root areas of an individual lightbody, are designed to overtake the autonomic nervous system functions, and are implanted from the astral plane. When you observe people completely controlled by their unconscious impulses and have little to no self-awareness about any of the destructive behaviors or harmful actions they are externalizing, you can bet they have many kinds of mind control implants controlling their root chakra.

Ultimately, the planetary brain and its bio-neurological relationships that influence the main functioning of humanities autonomic nervous system, is being completely reconfigured at this time to begin to change the imbalances of energetic distribution on the planet. The Krystal Spiral transmissions support the clearing and release of artificial intelligence based instruction sets and implants that have been inorganically programmed into our brain, nervous system function and therefore into our physical body by the controller forces. When our planetary brain was invaded, human beings became bound to a false set of laws generated through artificial intelligence, made by non-human interests desiring to create a race of enslaved beings that would work for their energy harvesting systems.

Thus, at this time, it is important to be able to accurately discern the energetic source behind the powering of any system. We will need to ask where the energy source of a system is being generated and if there are excessive expenditures of energy being drained through energetic harvesting. As we progress in the new time cycle during the bifurcation, every detail of our existence will be under magnification, as we interact with any kind of energetic system. The clarity of where we direct personal energy and attention has been amplified, in order to plainly see where our energy is being directed and how it is being used. Upgrades to our nervous system functioning and nadial system, will help make this more obvious to discern.

In this new energy paradigm, all of our personal choices will be representative of where we discern the subtle energies present, along with our internal energies, and if those combined energies are effectively self-generating and self-organizing. We will naturally look for systems that are energetically balanced, sustainable, stable, transparent, clear and serving the greater whole with proper value exchanges. We must ask the deeper question of ourselves, are we feeding closed source, parasitic systems that are losing energy distribution? Or are we willing to transform ourselves in order to give our energy towards the greater cause of open source systems that are moving towards expanding and balancing energy distribution? Now, we are given the choice to figure this out for ourselves, based on our personal resonances and frequency level.

"Do not dwell in the past, do not dream of the future, concentrate the mind on the present moment." ~Buddha 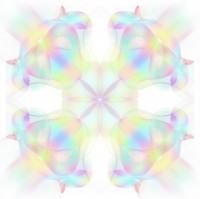