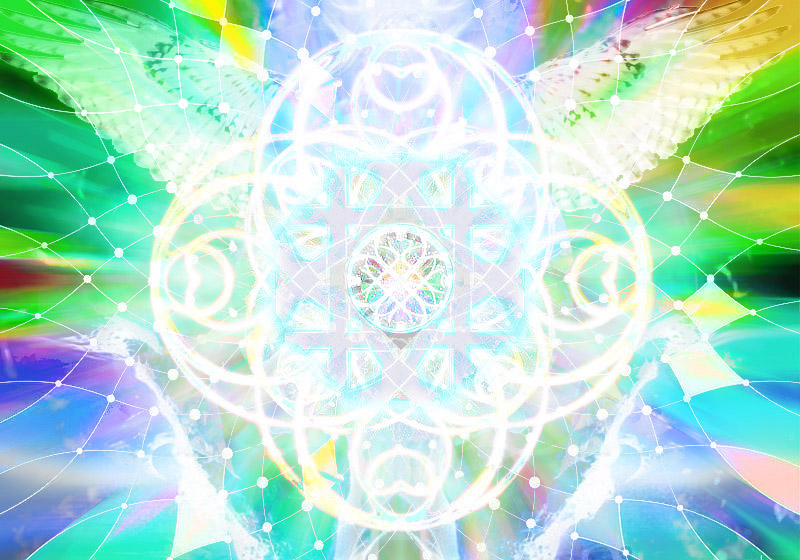 A mirror neuron is a nerve cell that fires when the person observes an action being performed by another person. The neurons that fire in response to seeing actions taken by someone else’s body are called Mirror Neurons. Thus, it is important to know that while observing the behavior of another, nerve cells or neurons in us, fire similar sets neuronal connections in our body, which mirror those that are firing in the person we are observing. This means that a person watching the behavior of another as the observer is actually carrying out the same pattern of action, via the information being carried in their neural impulses. In the early developmental phases of childhood, mirror neurons develop mirror properties through the child mimicking and imitating the repetitive behavior of their parents and the environment. With some autistic children, the Bio-Neurological Impairment manifests through lower functioning of the mirror neurons.

The disconnection of neural activity to mirror neurons impairs emotional development. This limits the interconnection of shared feelings to occur in human bonding, which removes or limits feelings of Empathy.

A self-aware person can contemplate the profound meaning Mirror Neurons have in relationship to increasing shared feelings of Empathy, and conversely, the impact of negative thought patterns that are easily conditioned into the group Mind Control systems on the planet. Through the observation and consistent use of the same repetitive behaviors, such as broadcasting recurring images and repeating the same phrases in language, which set grooves in brain patterns formed by the repetition of neural impulses. The repetitive neural impulses create associations and meanings in the brain that form into Mental Maps. The repeating signals transmitted in the neural impulses of mental maps are formed by groups of people, which then spread to other people through the mere act of observing those same behaviors and actions. If the people involved are unconscious of their reactions and unaware of what they are observing, they absorb the information of those larger collective group signals into their own subconscious mind and form the same mental map. People that are unconscious to larger negative patterns, will mirror the same exact thoughts and behaviors that they have been conditioned to repeat from the environment, while teaching these same patterns to their children.

However, the Mirror Neurons also function to help us to sense the intentions and feelings behind the actions of other people. Therefore, mirror neurons are the neurological basis for the human capacity to sense and feel deep ranges of emotions, which are also related to feeling empathy and developing higher sensory perception. How do we know when a person’s body language or silence is emitting signals of whether they are calm, happy, sad or angry? How do we feel good vibes or bad vibes when we are walking in a certain demographic location? Mirror neurons hold the sensory information from the consciousness memories that we have gathered and interpreted by continually observing people and things in our environment.

As we gain expanded consciousness through more deeply connecting with our inner spirit, we gain control over the functions of our neurons and the type of information being signaled to the body. Through the process of awakening into deeper self-realization, the person becomes more aware and realizes their state of becoming conscious. Through becoming more conscious of the state of consciousness, the Neurons and Brain begin to change and adapt to the new conditions of the expanding reality. This in turn enhances the brain activity to open up to significant changes that can turn on new Synapses, which can entirely remap the brain. The flexibility of the brain to adaptively rewire itself, producing radical shifts in consciousness, behavior, thought and emotion, is called Neuroplasticity. The agility of consciousness to redirect the neural traffic of the brain affects the strength and action potentials of the neural connections and pathways, and this can totally shift the mental map in the brain. Neural and mental flexibility plays a large role in a person's ability to activate higher learning, develop higher consciousness, and access memory and sensory functions in the brain. This means that our direct consciousness experiences and spiritual practices do change both the brain's physical structure (anatomy) and functional organization (physiology), which result in positive changes that lead to greater consciousness freedom. Spiritual practices like mindful Meditation, help to increase Self Awareness through improved brain functioning, as well as, heighten mirror neuron activity while strengthening the nervous system. As with any biological ability, we have to access and use our Mirror Neurons in order for them to multiply, deepening our ability to become conscious.

Thus, shifting our consciousness changes how the firing of mirror neurons in our own body, relay signals about what is happening in the world around us. We experience these signals, or neural impulses based on the consciousness resonance of the other person, and how that is related to the action or outcome of the event that is observed. This means the neurons can mirror what has meaning or association in the event to that person. The consciousness resonance will interpret the neural impulses as either; harmonious, discordant or neutral signals, which will be interpreted in the physical body with the same energetic resonance. To the degree a person is capable of accurately interpreting their own bodily signals when exposed to harmonious, discordant or neutral energies, is a measurement of that person's development, and reflects whether they have a reasonable connection to restore healthy functioning to their own nervous system and brain.

Mirror Neurons and neural activity in the living tissue of the human body and brain are directly interconnected with the energetic consciousness, the Soul of that person.

Accordingly, the spiritual-energetic functions of consciousness have direct implications upon all Nerve Cell activity, mirror neurons and the healthy functioning of the entire nervous system and Brain.

A consciousness transported into a synthetic body, such as a Biological Drone, does not have the same biological neural networks and brain activity, or the function of mirror neurons. Hence, the types of entities that use Artificial intelligence networks, and project consciousness into synthetic bodies, are unable to experience direct cognition to comprehend ranges of emotion, and are unable to generate feelings of Empathy for other living creatures. Effectively, they are soul-less entities. This is why they are obsessed with Transhumanism and studying the range of genetics within the living tissues of human bodies. Humans have a significant range of emotional states and sensory perceptions they can experience, that these entities find mysterious and cannot generate themselves. Unfortunately, as a result of Bio-Neurological Impairment combined with trauma based Mind Control systems, many humans on the earth at this time are losing their ability to express higher emotions and Empathy. This is the result of soul disconnection, alien hybridization, mind control, violence and trauma impacting both the Consciousness, and the functioning of the neurological system, brain and body. Practicing mindful Meditation and higher emotional behaviors of loving kindness, Compassion and peace, heals the human nervous system, as well as, heals many disorders that had been formed by the past brain patterns.

When we can relax into the inner stillness of our being that exists without thought, when we feel safe enough to allow a space inside ourselves to feel deeply, it opens the doorway to empathize with the feelings of other people. When we empathize with other people, when we can feel the emotions of other people, mirror neurons are involved. As these mirror neurons fire in our brains and Aura, it also effects all of the brains and auras of the people in the area. The process of empathizing with the emotions and the feelings of others, and ourselves, is the process to embody the quality of Empathy. Empathy is a function of our soul, and both are embodied together as a part of the Virtues we gain when connecting with our higher consciousness.

When we are present in the moment, aware that we are aware, the empathic ability of our Mirror Neurons to fire in response to the perception of another person, allows us to feel what it is like to be in that persons situation. This is the starting position for developing loving compassion by feeling empathy for others. Compassion and empathy are the cornerstones of love, they are the fabric that interconnects us to all people and things, connects us to all life, and form the foundation for World Humanism. When we are capable of putting ourselves in the other person’s body and imagine what it would feel like to undergo exactly what they are experiencing, we are practicing empathy. How would we feel if this situation was happening to us? The mirror of consciousness is reflected back to us via the mirror neurons, thus we can reflect upon our own sense of identity and emotional patterns through what we feel. We see and feel our own patterns being reflected in both the self, and the other. At this moment of self-realization, when we deeply feel empathy, we have no choice but to experience the other as the self. The sense of separation and isolation that seemed to exist between the experiences of the other self and the now self, falls away.

The more we travel in these neural pathways created in the brain by the Soul, the more we practice self-reflection and empathy, the more mirror neurons we will generate, which shifts our personal Mental Map and potentially, others mental map.

"I looked for God in all the temples, mosques, and churches; and I found Him in my Heart." ~Rumi