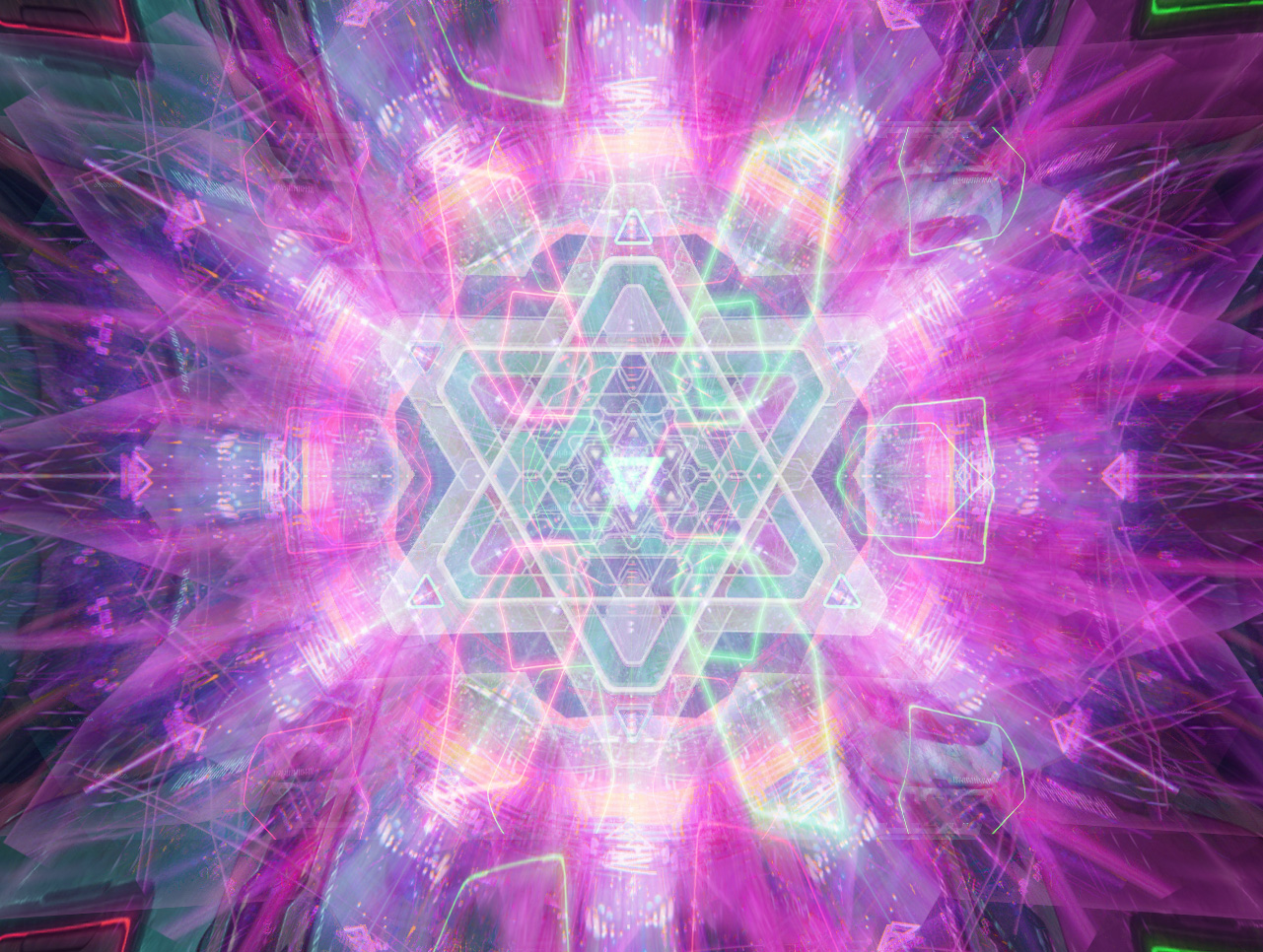 Lately, it has been brought into my attention to observe the recruitment and grooming techniques of the Annu Hybrids in the 8th portal that have contacted their preferred male bloodlines on the earth for the express purpose of creating the next generation in the worshiping mind control program that the Guardian host refers to as the building of "Enki's Army". I've been an observer on the periphery of this agenda for a while, it may be helpful to become aware of this alien false God propaganda when exposed to this type of delusional sociopathic behavior demonstrated through some new age spiritual groups or guru types, so that this energy signature can be recognized for what it is and that the real goals of that system are understood.

I first started to see the culling of primarily males on the ascension path to be recruited into the worship program by making a deal to be an earthly representative for the "herd" on behalf of allowing Enki, Enlil or Thoth to have access to their physical vehicle. I have observed the otherworldly communication occur to an awakening or Starseeded male that gradually shifted their potential of actualizing a heart centered purpose, to forge a direction into the narcissistic wound which leads into the negative ego behaviors of tyranny, manipulation for control and predatorial polyamory. This has been observed as occurring in low profile starseeded males behind the scenes, who slowly become more corrupted over time with normalizing predatorial behaviors and a lack of empathy for others. As well as those motivated for achieving a massive impact in social media to promote themselves and thus have amassed a lot of followers on social media or from related group events that are used to market their brands to be associated with awakening consciousness.

Enki is the self-proclaimed God of semen, and the mindset revealed for the new age grooming is setting in the reversals that repel ethical behavior which is required in the alignment with hieros gamos and holding the proper balance of gender principle. The motivation implanted into the predator mind is to have sex with as many people or women as possible, to develop and promote polyamorous situations in order to "spread the seed". As sad as this delusion is, it’s clear that it is designed to propagate the sexual misery program and to destroy true hierogamic union or the possibility of gender principle merge, which is necessary to achieve spiritual ascension. The historical trigger event timeline returns to Thoth taking earth females as breeders to Nibiru and Enki proclaiming himself the god of earth humans because he was genetically modifying the offspring with his DNA. As a result of this human trafficking scheme for Enki and Orion group, Thoth got the Emerald Tablets and started his own worship program. The worship program of false religions and false gods are mind control methods used to harvest energy from earth humans and further, relegate humans as their subservient slaves that are to process their karmic loads and answer to their whims to do their bidding.

In my personal case studies over the years, the Enki program is installed in the willing male participant, who has been unknowingly exploited from their previous lifetime power abuses, and to which many males on the spiritual path have personality weakness when offered money, fame, status and being able to have easy sex with your own personal harem. As they engage further with the Enki program to build Enki’s army, they are mind controlled and bonded to the Enki God personality, in order to generate possession or a dark portal vehicle when that entity desires to be operating on the earth surface. So there are many Enki candidates, all acting out as Enki, in his worship program, thinking that they are the only chosen one that is the supreme god sent to the earth to save lowlife humans from their miserable existence. They tend to use all the key words and themes for swallowing the new age bliss pill, in order to assure that their naive followers believe they will be led into a world made like heaven, when its actually designed for their own personal pleasure, while enforcing the consciousness slavery of others. At this level, the person recruited to play out Enki, is role playing in the spiritual guru archetype and expects the human followers to be rejoicing that he or she has been picked for this honor to serve him for whatever he wants to manifest on this realm by using their energy resources. He believes he is an invincible creator god, so everyone else is beneath him. This superior mindset is downloaded into the willing earthly male, who may at first realize that he cannot say that fully out loud to the public, but over time he gets more comfortable blurting it out when he really starts to believe this delusional narrative of his own superiority and special-ness, usually connected to his male organ. Only he can save the world with his special powers, or it’s his personal job to save the world, and impregnate his seed into the many females he must service, to create an improved human race, etc.

The religion of Sumeria, at the time of invasion is being systematically returned through the Enki worship program to build his army. Thus, the Orion Group contacts males, willing to play this game of spiritual guru or celebrity and then make the deal to sacrifice their body and spirit. The Enki related groups are especially proud of stealing the Hyperborean genetics in the Electric Wars and preen around in the other dimensional planes exclaiming how perfect and beautiful they are. Which in their mindset means they should be worshipped as Gods, and they really pull out the vanity card or super special DNA or semen to impress, whenever possible. The Hyperborean human body is not their native body, it’s been stolen and created in a lab, thus they need slaves to worship them in order to get the energy they require to keep it youthful and functioning. When I had contact with Enki in 2008, he was blond, blue eyed, muscular, like a Greek god type, and was incredibly narcissistic and emotionally infantile. He covets that kind of body, it’s his ideal. Over the years, it does not appear that he's changed much, but after millenniums of acting like two year old babies in massive monadic bodies, screaming mine! mine! all over the universe, it’s understandable. When you understand Enki, then you can see the predictable profile in those males that he is culling for his army to carry out his agenda with a new age religion of Enki based worshippers. I’ve noticed he does not reveal himself upfront, but usually carries himself upon the most current fad in the spiritual network on social media, because his priority is to cull a large following and use sensationalistic tactics to get the most attention.  Here are some thematic patterns in the culling of Enki’s Army through those recruited to play out the spiritual guru archetype.

As we take into careful consideration this information about Enki building his army in the male guru types on the earth at this time, by observing this agenda in action and seeing it accurately for what it is and not what it falsely represents itself to be, we are the compassionate witness. I believe that this is the best service we can be in this difficult situation. It is not productive to use accusing language towards any public figure, but to educate people about the predator profile and how the NAA uses those that are the most emotionally fragmented to become recruited into the new age guru programming.  There are many people who really cannot tell the difference between a charismatic narcissist acting in the role of spiritual authority/guru and those that are actually heart centered and loving people that are dedicated to be compassionate truth seekers. The only place we can start is to educate people about the NAA and the parasitic predator type person that has sociopathic tendencies, and help them realize that charm and seduction, with a few parlor tricks is not enlightenment. Like Alistair Crowley who got a lot of help directly from the NAA to make him popular on the earth to be lauded as a genius by some, there are so many other black magicians that mask themselves as spiritual gurus or spiritual leaders. Most people can feel the supernatural presence, but don't realize it’s the NAA using this person to manipulate the crowd.

Enki has distributed a mixture of materials to the groups that he has found are the most effective in gaining a large amount of followers, and has attempted to hijack the Law of One with his own bastardized version. The Law of One is synonymous with Cosmic Christ Consciousness, and the authentic principles are practicing love, kindness, compassion, and empathy towards others in everyday life, no matter what situation we find ourselves. Any imposter can mouth the words and distort the meaning, because they speak about the Law of One does not mean they know what it is or that they are actually embodying the values of Christ Consciousness in their every day lifestyle. There is an agenda to distort the Law of One by disconnecting its association to the Krystal Star and Christ Consciousness, and accusing it of only being an AI program. This is false.

Ultimately, impostors are revealed over time if we are willing to know the truth. This is an important case study to pay attention to at this time in some of the spiritual communities gaining momentum. We can learn a lot through observation to see what happens to the Vandal groups. We also have to consider the humans that are feeding into the Enki worship program and the reasons why. We must always allow choice and let situations organize themselves without any undue influence, letting the krystal frequencies and krystal grids do their job organically. May peace and love be in our heart.

“The intuitive mind is a sacred gift and the rational mind is a faithful servant. We have created a society that honors the servant and has forgotten the gift.” ~Albert Einstein