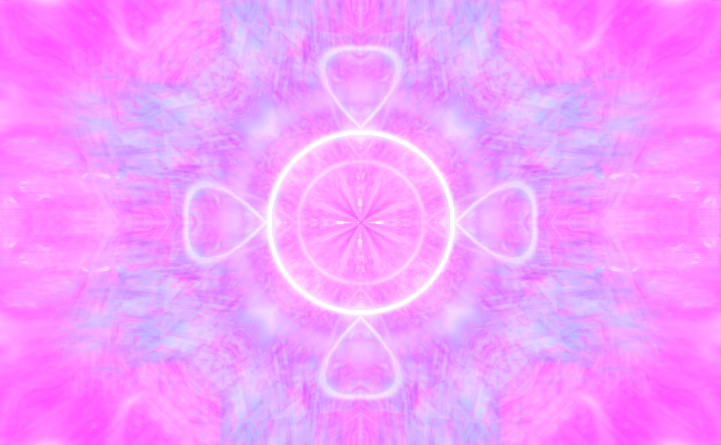 On the earth, we have penetrated through another portion of memory layer that moves past our Solar System records and into the Universal Gateways which is connecting into the next layer of the quarantine field called the Wall in Time. During this phase, the planetary architecture is undergoing massive changes which integrate the next harmonic layers of non-dimensionalized God Forces from the Cosmic God Worlds, which has also penetrated through and beyond the Wall in Time and into Universal Shadow and phantom bodies. This phase has begun the dismantling, routing and transiting of vast quantities of Universal Shadow bodies which contain the historical records of many wars of the Christos Human holocaust, and the anti-christos conflict in which our species suffered the fall. The Wall in Time is a quarantine field barring us from accessing many higher dimensions from the chaotic time of the Electric Wars. A huge war broke out over this First Root Race Seeding on 7D Future Earth Gaia, and this event is called the Electric Wars. The return of the Amethyst Order has been impacting the Violet Ray current and related fields connected to Gaian histories, which has purged out shadow bodies containing the crucifixion implants and painful cellular memories from these war timelines. The Electric Wars is a timeline which holds a major causal trigger event memory when artificial intelligence was in its earlier stages, used as psychotronic warfare against the earth population. From this point in time, AI technology was set into motion from higher dimensions of control to gradually pull the earth down into Inorganic Black Holes. Much of the Electric Wars was fought with AI machines being programmed from remote satellites or NAA ships cloaked inside phantom black holes. These are subspace and hyper-dimensional pockets used to cloak ships or bases directing energy weapons, such as massive EMP blasts.

This time creates both beginnings and endings relating to the next stage of spiritual consciousness evolution that is chosen by humans and nonhumans, as we must progress or move through that time-space field during this phase. There are areas in the lower densities with time pockets that are undergoing dimensional collapse and are being transformed when they are exposed to Cosmic God World Plasma Rays, as these areas cease to exist as that same body or form at that specific time and space. There are many areas being opened up now, such as phantom pockets, that have existed in our Universal Time Matrix over the last 250,000 year cycle that can no longer exist in the form it was previously. The body, spirit, intelligence or raw materials, that which was made by the builders that existed in that phantom realm, must be transformed in order to be moved and routed into other time space continuums. We have had positive and benevolent interdimensional species helping us to reinforce the protective buffer field around the planet, as the Wall in Time quarantine fields are being adjusted, moved, dissolved and worked on, especially in the problematic Buddhic fields in the 11th dimension. During the trauma events during the Electric Wars, this quarantine was necessary to protect the neighboring civilizations outside of our Solar System, so they would not be pulled down into the lower phantom fields through black holes. Since the Electric Wars, we have had a phantom black earth that existed as a negative form of itself in the lower timelines that is manipulated by the NAA, mostly through their artificial software programs. Starseeds have been busy building new Christos trinity architecture for the new earth fields that exist outside of the Wall of Time, and outside of these spaces that are infected with phantom black holes. The Electric Wars event is recorded as cellular memories into the raw material of earth and its form of artificial intelligence exists buried in the Black Goo that can be accessed in the Underworld timelines, which also connects directly into the AI fields of the black or phantom earth.

As above, so below, and we have had a hidden version of the Electric Wars taking place this summer throughout the earth fields in regard to the plandemic rollout for techno-totalitarianism. As we observe the AI transhumanist agenda getting more aggressive, we can feel that includes next generation of military grade mind control weaponry that is being aimed at the public in the most densely populated areas, and certainly those of us on the Ascension path.

The Electric Wars Timeline holds major causal trigger event memories of when Artificial intelligence technology was in its earlier phases in this Universe. This timeline represents the pre-assimilation stages of the Black Subtle Forces in the phantom matrices, before gradually converting them into AI systems. The eighth astrological precession was the time of the Orion Invasion event that occurred as a result of the Stargate damage in the 8th portal, and through each of the subsequent planetary time cycles, the Alien Machinery was methodically brought into each dimension in order to reach the lowest density of the material reality. Essentially, the NAA plan was to bring the Electric War dramas to the matter fields of the earth in order to anchor it into the physical realm, which shifts future timelines into the 9-11 timeline.

The Aquaferion races are a part of the original Blue Ray Diamond Sun body lineages in the angelic human race that became extinct in this Universal Time Matrix after the Electric Wars. Therefore, the Electric Wars are quite important in the historical timeline trigger events. The genetic mutations and Diamond Sun DNA damage from the wars over seeding on the 7D Earth, led to the first separation from the 12 strand DNA. What followed are the 2D/4D soul split, vertical staff distortions, gender reversals, Death Seals and the resultant quarantine field called the Wall in Time. The Wall in Time was a quarantine field barring us in the lower density creations and blocking access into many of the higher dimensions and parallels. This quarantine and subsequent damage to the Universal timelines led to the NAA invasion through the Orion constellation, which necessitated the soul rescue missions that were first organized by the Founder Guardian races through the Covenant of Paliador.

When we incarnated into the 3D realm, we had to accept huge layers of miasmatic package that are attached to the collective human race mental bodies on this planet. These are called Negative Forms, Shadow or Phantom Sun bodies. These phantom bodies are what connect humans to the negative ego constructs and the AI timeline of the (911) Alpha Omega Agenda for Armageddon programming that is enforced by the negative alien agenda.

The Negative Form or Shadow body are a series of artificial or dead light bodies that were cloned or used in our holographic image to recreate and usurp our genetic material by the Controller forces. Some of these distorted bodies are from our fallen history and much of the astral body damage that ensued. It is important to not judge or fear this information but to get to the cause or purpose behind the emotional pain  in order to recognize the trauma that we have endured in the human race, which is the reason why the shadow body content exists and needs to be purged and detoxified from our consciousness. Because the Wall in Time is being penetrated into the parallel fallen timeline, this has opened up an access in this dimensional reality and it may be activating uncleared shadow body remnants and other strange phenomena as the negative form shadow body is surfacing in order to be released or transfigured in many ascending individuals. This will most likely be experienced as intense emotional triggers being generated through an emotionally painful event that incites the ongoing process of accessing the deepest instinctual pain body layers. This serves the purpose of emotional body purging of these shadow forms.  This is the time to take good care of your emotional body and do what you can to bring comfort and stabilization to the inner child aspect.

"Don't Believe everything that you Think". ~Bumper sticker