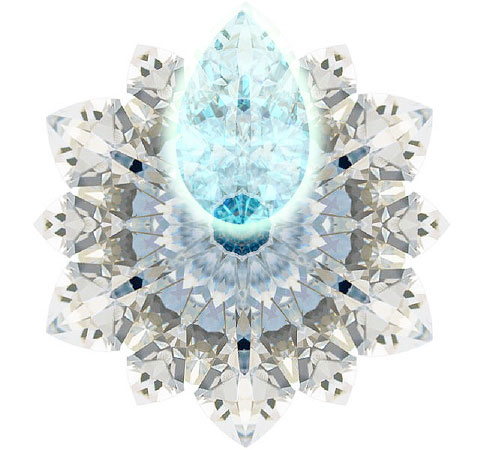 There are mental body forms of individual and collective consciousness archetypal patterns that are magnetically imprinted upon the Soul before it is born into the material world. These collective consciousness archetypes have mathematical imprints recorded in the planetary instruction sets and influence the individual’s beliefs and behaviors in the positive or negative polarity depending on the level of self-awareness and the ongoing expansion into higher consciousness states that hold the zero point. As we expand consciousness and increase self-realization, many of these collective archetypal forces will have less and less influence on our core spiritual essence which will translate itself through the personality identity by its physicalized behaviors and outer actions.

When we develop our spiritual consciousness, we can access the knowledge of archetypal blueprints that influence our thoughts and mental energies in order to utilize them to master our internal spiritual forces. As we become more spiritually developed beings that expand our consciousness, we want to discern what thought patterns are programmed automatically that are inorganic and artificial to us, in order to free our mind to allow our inner spirit to recode our thoughts into patterns of Universal Love. This is the eternal nature of source and the substance of our inner God spirit.

With the bifurcation in time spreading the energy chasm between those awakening into soul realization and those remaining asleep in the controlled narrative, the two main collective consciousness archetypal forces are becoming increasingly amplified. Whether one believes or experiences the reality of the Christ and/or Anti-Christ, the esoteric and hidden revelation of these forces are made evident through spiritual awakening, as one expresses the authentic truth from within while the other chooses to express lies on the external. As a soul incarnated on the earth, it is our spiritual lesson in that we have to determine who is who, by discerning the difference between truth and lies at different dimensional levels of awareness. We learn through life experience that the authentic truth at the 3D consciousness level is not authentically truthful at the 5D level of consciousness, and so forth. This keeps human souls evolving so that we do not remain static and unchanged, as life on earth is about constant transformation through polarity integration.  When we experience the personal revelation that the inner spiritual core essence from where we are originally sourced, is actually the eternal light of the Cosmic Christos, then we begin to realize and know when we are in the presence of the truth at every dimensional level. It is then we gain direct knowing that the authentic truth is being expressed through God from within our sacred crystal heart. Yet, the antithesis of expressing truth is expressing deception and lies. Herein lies the nature of the imposter spirit and false light, sentient consciousness forms which intentionally pretend to be something that they are not, in order to manipulate and trick others around them. These life situations to discern truth versus lies are inherently great learning opportunities for the human soul.

Guardian Host considers the anti-Christ gestalts as the accumulative results of the selfish choices (STS) and tragic events made over time in dark ignorance as the result of free will that was given, which has led to the utter destruction of their eternal forms to digress into permanent entropy and finite parasitical forms and AI forms. Thus, from defying the Cosmic Order and Natural Laws over many cycles of evolution in a time matrix, they are unable to remember, connect with or experience the God source. Many of the Anti-Christ entities lost their bodies as a result of tragic events and are unable to incarnate into forms in which they can evolve or ascend. Thus, they are stuck in time, unable to evolve and thus use technology to attempt to take shortcuts in gaining access into other dimensions of experience. They are attracted to living and ascending light beings with the krystal coding and thus hijack ascending creations like the planet earth, to gain enough energy to ride into another time matrix or higher dimensional state.

Christos sends its representatives into fallen systems suffering warring ideology or genetic digression in order to support the consciousness of that species to choose the natural laws and rehabilitate their genetics, which brings natural evolution and the possibility of Ascension. It is the God-Christos mind and pure Diamond Heart that can guide us safely through when navigating the schemes, lies and deceptions that are the divide and conquer agendas of the Anti-Christ embodiment on the earth. It is the force of God’s love that ultimately protects us from the Impostors and guides us through the spiritual warfare on the earthly plane.

Thus, the past weeks have been escalating with interdimensional spiritual warfare that is currently amplified in covert military operations and this seems to be reaching its pinnacle state this week to coincide with activating the collective archetypal forces of Three King’s Day or Epiphany, which is happening on January 6th. Epiphany or the 12th Day of Christmas, commemorates how a star led the Magi, or the three kings or wise men, to the baby incarnation of the living Christ. The celebration is the revelation that the manifestation of the incarnate Christ is fully God and fully human simultaneously. Epiphany is also when some Christians remember when Jesus was baptized, when he was about 30 and started to teach people about God and the natural laws.

These particular archetypal forces are expressing through the themes of the constellations in which the transmission of light coded instruction sets are increasing the plasma light frequencies into the planetary grid network. This is a cycle of planetary awakening and spiritual initiation into the tri wave braids of the Solar Rishic founder light source, which signifies the expansion and growth of light within light, as the larger flames merge with the lesser flames that are intimately connected with the essential nature of light within all human souls. This Cosmic Christos solar transmission grows the lightbody and spiritual body layers throughout the macrocosm and microcosm simultaneously, in such ways the Natural Laws or Logos is being expressed through the light within light to reveal the divine purpose for our creation.

Thus, in this phase since the Winter Solstice Jupiter-Saturn conjunction leading into Christmas Day, we have been co-creating and laying down the new tri wave patterns and instruction sets for our world that are setting the stage for this year’s human soul gold body integration along with ongoing spiritual body initiations during this evolutionary cycle. We have been gradually building the restoration of the Crown of the Magi to hold the points of light emanating from the eternal Christos Infinity Suns from the God worlds, with twelve points of light which represent the base 12 diamond sun blueprint shield, to anchor the divine pattern for our Universe. As we embody the Christos-Sophia expression, these divine pattens are personal lightbody transmissions that are given to us through the instruction set found within the Holy Father’s Book of the Law. Through the embodiment of the Crown of the Magi, the restored mind of the Christos brings forth an aspect of the twelve spiritual powers that are held within the original single soul occupied extensions, each holding a brilliant diamond facet of the light rays that come together and unite as the One Self.

In this sacred time and space, may we acknowledge that indeed, there is the Epiphany which reveals the manifestation of a divine or supernatural being as the incarnate Christ through its archetypal forces of truth spirit transmitting into this world. If we are so guided and attuned, may we breathe in the spirits of Christos from the heart of the Christos Infinity Suns, to intend the virtues of the Christos truth spirits to further unfold as the mind of Christ, in which the glory of God moves through each of us to further surround, protect and spiritually strengthen all truth tellers, all those working on the front lines to bring the truth of disclosure to humanity. May we pray and hold all human beings standing for the truth and their love for humanity, to be surrounded in the spiritual armor of God and the divine plan, so they are made invincible and invulnerable to the divide and conquer tactics and spiritual warfare of the Anti-Christ.

May we join together in prayer and love filled intention to protect all truth tellers, and those brothers and sisters who rise during the Epiphany, January 6th and beyond in order to trigger events of this year’s disclosure timeline, we stand with you as One.

I breathe in the light, love and spiritual power of the diamond sun Cosmic Christos, the eternal life that is the divine love and light in this world. I extend this divine love and light to protect my brothers and sisters who are the truth tellers, who may be placed in harm’s way by those that are feeding the anti-Christ. I stand for truth with those in my human family who are disclosing and speaking the authentic truth for all of us. Beloved God, may the breath of eternal life pour through our energy centers and forms to build the sacred house and indwelling for the Christos Sophia expressions, may we extend this new light expression to bring spiritual power and eternal life to those who are truth tellers and truth seekers. May they be filled with the divine grace of God to give them the perfect expression and strength of the inner Christos spirit to endure their personal trials and serve the divine plan for all. The Risen Christos Sophia has returned to rebirth and renew the collective consciousness in this world!

Let us each hold the vision the Crown of Magi with the 12 lighted flames that are now lit from the inner to the outer, that is powering up the Christ mind expressions within human beings that think, speak and act in Truth, and through our direct knowing that this Truth will be disclosed to all in the world of manifested form.

Happiest New Year wishes that are filled with GSF blessings and that fill, surround and saturate us in the Solar Rishic tri wave braided fields of eternal living GSF light! And so it is.