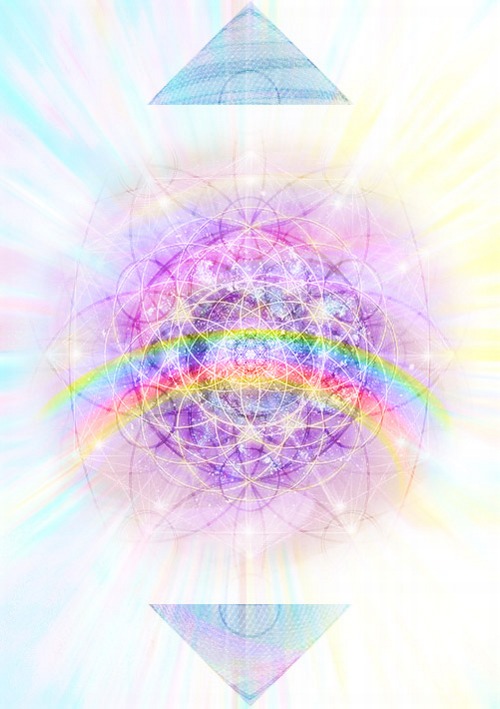 As we develop Self Awareness , which is the knowledge of the inner Self, we are developing the right relationship to the Self, and thus, we can better develop our direct relationship with the God Source. We cannot know the highest expression of our true nature, until we know the deepest inner workings and contents of our own essential being and heart. Self study is the process of self mastery and is the pathway to expanding Consciousness and naturally expanding all functions of our Higher Sensory Perception (HSP).The most accurate HSP is activated when a person has disciplined their Negative Ego, cleared alien Mind Control and has been able to give an honest assessment of personal pain and then applies effort to clear those painful emotions, through consistent and dedicated practices of self love, forgiveness and Compassion.When we clear these accumulated patterns of fear based thinking or forgive traumatic experiences, we increase our ability to achieve and sustain inner stillness, thus, we increase our emotional and spiritual clarity. When we access our still point, and we are quiet and listening, this receptive state of being greatly reduces the static noise that results from chaotic thought forms, and transforms our brain waves to patterns of greater harmony, which is the state we can receive the higher frequency signals that are being transmitted from our higher self, and that information that is generated from higher frequency communication. Our planet is currently being inundated with a massive spectrum of higher plasmic frequencies, in which we will need to achieve inner stillness and peaceful states, in order to catch the transmission of plasma waves that are rising in the fields of the higher consciousness intelligence.

During this time, we will naturally want to stop the inner and outer noise from clouding our perception. We want to increase our receptivity to better understand the important signals that are coming from our spiritual source and listen to the cosmic signals. We are being reconfigured and undergoing transformation that is leading us into new ways of perceiving our reality, changing our direction. As the planet is shifting from the Cosmic Ray transmissions, the ways we receive information signals and process data is also changing rapidly. We are entering into a completely different and new territory.  What can we do now to remove the background noise, to better listen to our spiritual source transmission, and improve our signal to noise ratio reception?

Signal-to-noise ratio (abbreviated SNR) is a measure used in science and engineering that compares the level of a desired signal to the level of background noise. It is defined as the ratio of signal power to the noise power. This is very helpful to apply in the comprehension of developing levels to increase Higher Sensory Perception, Remote Viewing and Expanding Consciousness. We have to eliminate the noise to increase and improve the resonant signal to our Energy Receivers.

Signal-to-noise ratio is sometimes used informally to refer to the ratio of useful information to false or irrelevant data in a conversation or exchange. For example, in online discussion forums and other online communities, off-topic posts and spam are regarded as "noise" that interferes with the "signal" of appropriate discussion.

This is a clear example of why the Negative Ego, Ego Defense Mechanism and fear based thinking must be cleared from the mind or it will impact the "noise" ratio of the clear signal input as well as the translation and deciphering of the signal input in our Energy Receivers. It clouds our perception and dulls our consciousness, which interferes with the development of higher consciousness functions and our ability to communicate with our higher self.

In studies of how Higher Sensory Perception works, it has long been held that mental images are formed first, and only then do estimations of their meaning take place. If the mental chatter or noise ratio is higher than the received signal input, the person is unable to generate levels of Higher Sensory Perception. Clearing the mind, and calming the emotional body is critical for expanding consciousness and other sensory development skills like Remote Viewing.

Briefly, in signal-to-noise theory when applied to the human nervous systems:

Rather, signals come first, then meanings of them, and then mental images based upon the meanings. Within the scope of the human nervous systems, signals in-put via any of the sensory detectors are electronic in nature. The electronic signals are then decoded, via pre-conscious processes, into meaning categories and specifics, and it is the results of this decoding that, in turn, trigger on mental perception of them. Signals are translated (transduced) into pre-conscious meaning, running signals into the unconscious or instinctual layers of the mind, and then into conscious mental awareness and perception of meaning into consciousness.

Within the contexts of Remote Viewing research, it turned out that meaning (of things and situations) was the fulcrum of functioning BETWEEN signal in-put and mental images of them. This is to say that remote viewing does not begin with mental perceptions, it stimulates recognition, whether in the form of sensory feelings or images, that are then propelled into the current state of conscious awareness of them.

In explanation of this, it is generally thought, in philosophy anyway, that all things are suggestive with intrinsic possible meanings that are assigned from the imemories accumulated at the individual level. But at the individual level, any deducing of meanings is principally confined to the contexts of meaning that have accumulated and achieved storage in the translation of the individual’s memory banks. Therefore, meanings outside the range of the individual’s meaning-memory banks might have little chance of being recognized or identified at all, or might be interpreted only within the contexts of analogous meanings that HAVE achieved some memory storage. Each individual, possesses innate and very basic hard drive functions via which “the worlds inside our heads” are built and to which defines how their belief system realities are structured, and that content is then characterized by whatever achieves some kind of imprint in the wetware of that person's memory storage.

At some point, usually early in life, the imprinted contents in the wetware of the brain begin altogether to function as a memory machine – and can actually do so even if dimensions of the contents are, quite sparse, narrow, or thin. Strong reality boxes are formatted within the resulting memory machines patterned from the brain activity, and these reality boxes are specific to whatever meaning-information has achieved memory storage in that individual.

Now, with regard to the processes of remote viewing, some issues are needed to be clarified. First, viewers do not view a remote “target” via their five physical senses. Remote viewing provides information about things and situations distant in space and time from local surroundings, and if such information proves to have some degree of correctness, it is clearly legitimate to wonder what senses and sensing systems have made the distant information accessible. This sensory ability is a natural developed function of human consciousness.

Prior to the onset (in the latter three decades of the twentieth century) of discoveries of thousands of cellular information receptors existing throughout the biological networks of human nervous systems, there was hardly anything mainstream that shed any light on how interactions with distant information could be possible. Human cell receptors exist because they are a full part of the human genome – and thus download into all individuals of the human species.

Once the combined dimensions of human information receptors are appropriately grasped and understood, it can be seen that the human receptor range is quite astonishing. An example is sensing receptors in the pineal gland, if it is good health, these receptors are continuously busy sensing the sun light and its changing conditions. This particular sensing ability is usually taking place beneath conscious awareness of the person. The sun is at some great distance from Earth, and so it can be thought that pineal gland receptors are remote viewing the sun and solar activity. In addition to pineal gland receptors (which also function at the X-ray level), many other receptors of a similar nature have been identified in the human cell receptors with respect to distant sensing and remote perceptions. Some of these receptors are in the nadis body, which is the intelligence of the Chakra System that is located in layers of the Lightbody.

And so not only are various kinds of “remote viewing” possible in human consciousness development, but these sensory abilities are already taking place throughout the human nervous systems, albeit at levels usually beneath conscious awareness of them. Another issue has to do with what content can be perceived in the conscious awareness and what content does not get perceived into conscious awareness of each person. This, in turn, has to do turn with how parameters of conscious awareness are conditioned to function through a variety of environmental exposures and genetic causes. It makes sense that mind control can be used to desensitize awareness to the natural human consciousness functions, in order to render these sensory abilities dormant or unable to assign meanings to actual events taking place in consciousness. As we are aware, these higher sensory functions are not developed in the human race, and are intentionally damaged through the exposure to many levels of environmental noise and toxins.

When this happens, the resulting mental-image impressions can be at some distance from the real import of the original electromagnetic signals, but can carry bits of information contained in the original signals, whereby some of that data may be deciphered or translated by that person.

The brain is always physically changing at its cellular levels with respect to what is newly experienced or perceived and it is constantly adjusting to the new meanings that are assigned to recent events or that were recognized as such. The physical changes involve the sprouting of new connections being made among and between the brain's neurons and synapses, and elsewhere in the nervous system, that end up as a new circuit that will produce a jolt of meaning recognition if and when, the experience or meanings are encountered again in the future.

From all of this, and specifically from the remote-viewing point of view, it was slowly understood that meaning-memory already incorporated into individual reality boxes, although this is important enough on average, this fact was not as important as was absent meaning-memory. Absent meaning connected to memories, can also be related to mind wiping or blank slating technology, the deliberate removal of meaning to memory associations that occurred in other timelines, and re-setting their neuronal links to register as absentia.

This gives rise to the situation that has long been understood in educational systems everywhere. That absent meaning-memory can be filled in by exposing individuals to assign new meaning-information packages that were absent before. And if the exposure to the new information is sufficient enough and seen as meaningful enough by that person,  then the synapses and neurons of the brain and nervous systems will do the rest - and the resulting new brain circuits will be incorporated into the new meaning-detecting systems that are already innately existing in everyone, although existing beneath conscious awareness of how they function. 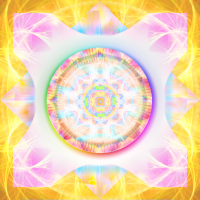